Part of the fun of the DC Comics series of shows on the CW is that the multiverse concept that they begun on Flash allows for the return of some fan favorite characters from across all of the shows and tonight’s Two-Night crossover event was no exception.

In the first part of the Crisis on Earth X crossover on Supergirl last night, the first part of the Nazi villains plan was unleashed when they crashed Barry and Iris’ wedding day. Although the villains escaped without revealing their identities, the did leave one of their own behind. On the original Arrow series, Prometheus was the season 5 big bad Adrian Chase. In this crossover, the Earth X version of Prometheus is non other than; 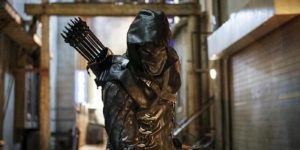 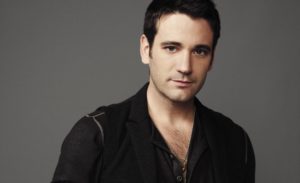 That’s right. Actor Colin Donnell returns to the Arrow-verse as the Earth X version of Prometheus. In the crossover, his identity is revealed in a dramatic scene in the Star Labs holding cells and this prompts Oliver to have a heart to heart with his old friend. If you want to know more, I suggest you check out the two-night crossover event airing on The CW or on the CW app.