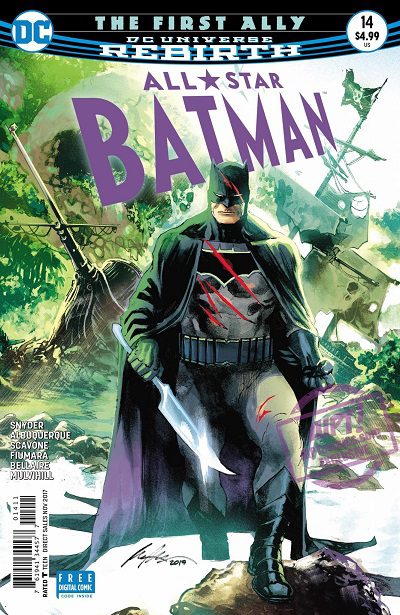 Batman is captured and in the clutches of Briar as they speed off on his jet with their prize. As Batman determines the identity of Briar’s protégé, Alfred is in pursuit of his former mentor. As he takes action, the scene shifts back to Alfred’s past as he confronts Briar about a mission that the man has undertaken to cure Alfred of his perceived weakness once and for all. Alfred determines what Briar’s true motives are and in an act of both defiance and strength, he stops his mentor from committing an act that would change Alfred’s life forever.

Back in the present, Alfred has shot down the plane and on the shores of a distant island, both generations of knights and their “fathers” continue their battle as Alfred 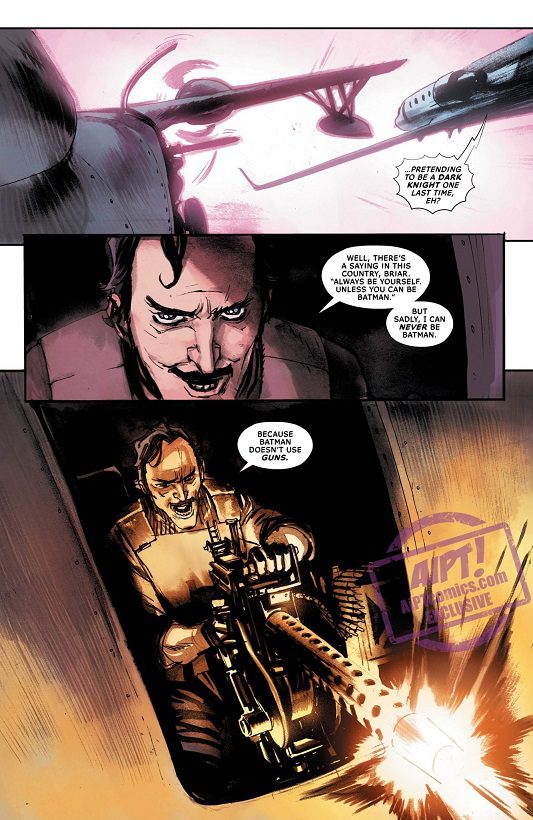 tries to protect an injured Bruce from Briar’s knight. As Batman intervenes to rescue Alfred, the knight’s helmet comes off revealing a ghost from Alfred’s past that haunts both men. As both men press their advantage, Bruce and Alfred are on the ropes with Batman trying to convince the young knight that there is another way.

The finale of this story hits all the right marks both in being suspenseful as well as emotional. Snyder has given readers some great emotional depth for both Batman himself, but also Alfred. As a character study of a person we all thought we knew, it was fascinating to dive into the unknown depths of this “father figure”, especially in regards to his relationship to his own and his surrogate Briar. Albuquerque’s art is amazing in this issue. It’s so evocative and haunting at moments. There is a depth to each panel that helps the story move forward in a manner that allows the reader to both engage quickly in the action while slowing down for the emotional and expositional moments.