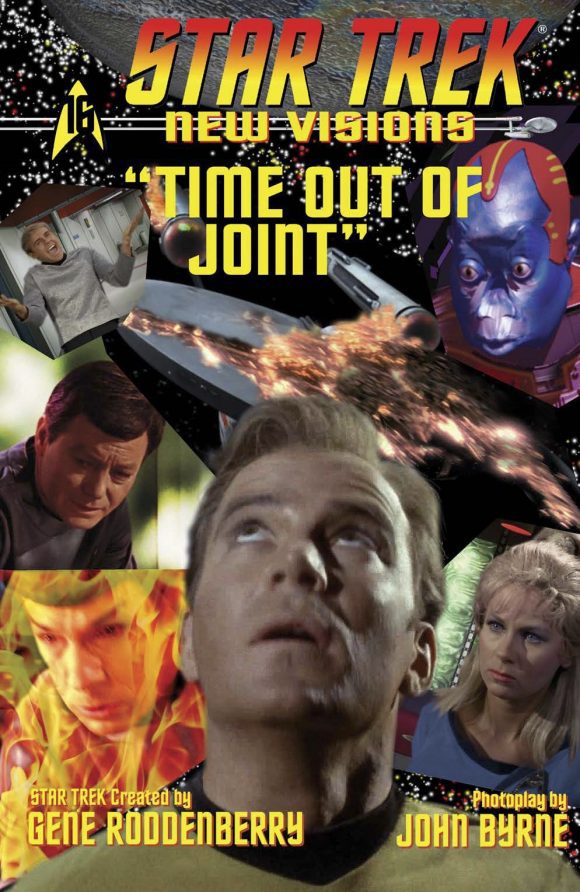 “Time out of Joint”

The Enterprise is trapped in the electromagnetic field of a planet and under attack. As Scotty relays to the Captain the situation down in Engineering, a blast from one of the consoles hits Kirk directly. Refusing medical treatment, Kirk heads for the Bridge. As he steps off the turbo lift, it is apparent that he, the ship and the crew are now seven minutes in the past, before they were attacked and before they were in orbit of the planet. As they continue their approach, Kirk’s orders are considered overly cautious by the confused bridge staff. He’s ordered maximum shields despite the lack of an apparent threat.

As he makes his way to sickbay, there is pandemonium as injured crewmen are being treated by Doctor McCoy and Nurse Chapel. Kirk calls to the bridge only to be reminded by Bones that the bridge is gone and everyone on it is dead. He steps out into the hallway and sees Spock, who reminds him that they are heading to a planet that Kirk remembers them visiting months ago. Scotty lets him know that he has protected the systems against what’s to come as Kirk decides to tell Spock what is happening, but as he reaches the bridge, chaos erupts. After finding Spock again, he finally decides to inform the Vulcan and Bones about what is happening to him.

Kirk continues to transition in and out of time as he witnesses the destruction of the Enterprise and the death of his crew. He even finds himself in moments from his past as he tries to find an answer for his time shifts and communicate with the hostile aliens causing them.

The story itself is exciting. There are a lot of interesting developments that would feel at home in an episode of the original series and I enjoyed the teleplay and the action beats. 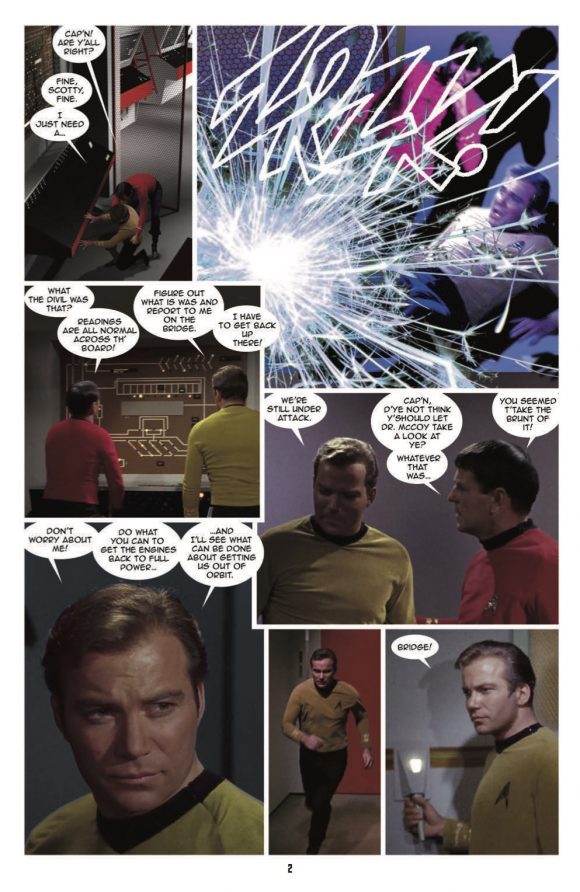 This story welcomes back Yeoman Janice Rand, now a Lieutenant, by Nurse Chapel and the crew. As Janice settles back in to the routine of the Enterprise after the death of her husband, she is welcomed back by old friends. As she gets back into her routine, there is something that she seems to be actively avoiding, the bridge. When she finally has to go to the bridge, Captain Kirk is nowhere to be seen. A situation that is greeted by the Lieutenant with no small amount of sadness.

This story was short and unfortunately didn’t do much to advance anything significant. If anything, it just made Rand look like a desperate schoolgirl pining for the star quarterback. It’s a weak premise and not executed well.

“Those Who Play With Cats….”

I enjoy the ambitious nature of this series. John Byrne is gifted at telling these stories and the use of scenes from the original series is impressive for the most part, even though there are moments where it is a stretch of credibility.