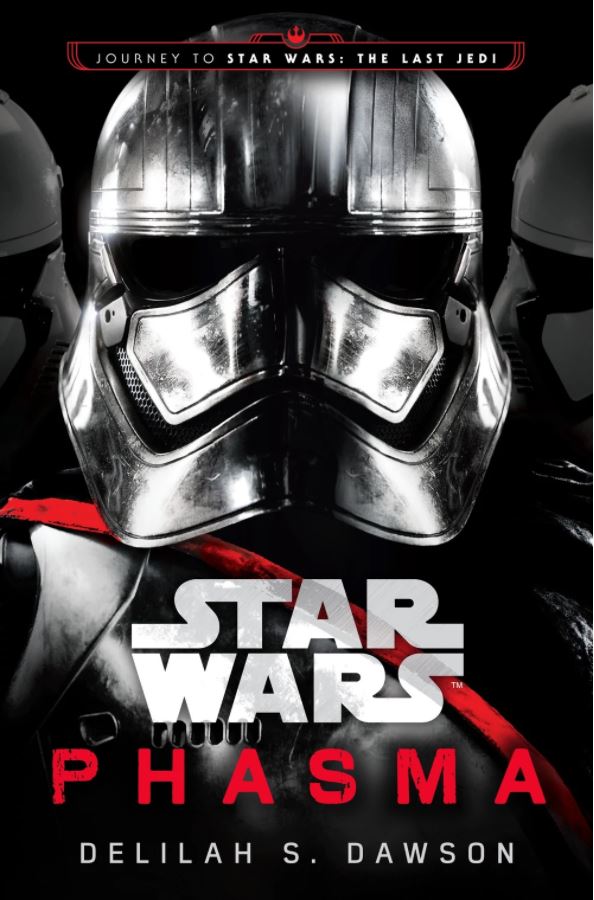 Description: Star Wars: Phasma Novel delivered Lord of the Flies to a Galaxy Far, Far Away….

The Star Wars novels have been my favorites since I was reading them on the Elementary school playground. I still read them today. Many are hit and miss and some are even accused of being “paid fan-fiction”. Phasma, in particular, was high on my list for expectations about the chrome-domed badass played by Gwendoline Christie (Game of Thrones) in Star Wars: The Force Awakens. One of the common complaints about this film was that Phasma had little screen time and no action scenes. I saw this as a positive. I initially believed Phasma would be the Boba Fett for a new generation: a cold, calculated, enigma. Her tall stature and notable armor made her an imposing soldier and leader of the First Order Stormtrooper brigade. I knew the novel would cover her origins and, much like Boba Fett’s original novelized beginning story, I couldn’t wait to discover the secrets of this towering titan!

If nothing else, Delilah Dawson gave me a story I never expected. It’s rare to find a novel set in the Star Wars galaxy that breaks the mold and really SURPRISES a lifelong fan like myself. For Phasma, the surprises began with the narrative. Phasma’s story was basically told without direct input from Phasma herself. The tale began with a new, attention-grabbing, character named Vi Moradi. She’s a young spitfire and a Resistance spy who felt the most comfortable knitting a sweater in the comforts of her spacecraft on a deep space infiltration mission. The majority of Phasma’s chronicle was framed around Vi being interrogated by another fascinating new addition to the Star Wars canon: Captain Cardinal. Cardinal is the first red Stormtrooper in the First Order and was placed in charge of training the youngling soldiers. Instead of a clone army, the First Order has followed the Jedi Order’s old playbook in taking children into their ranks and brainwashing them to become dedicated warriors.

I loved how Dawson chose a compelling story to frame the flashback chapters in order to detail the life and times of Phasma. This was a different technique compared to many Star Wars books and managed to keep me equally interested in two storylines simultaneously. Despite being a compelling protagonist in her own right, Vi’s primary service to the novel was to deliver information. She’s one of the few people left in the galaxy that knew Phasma’s true past. The metal bound warrior had gone to great lengths to keep her story hidden from everyone and Cardinal wanted to know why. The red trooper and the reader were not disappointed in the bloody legend. 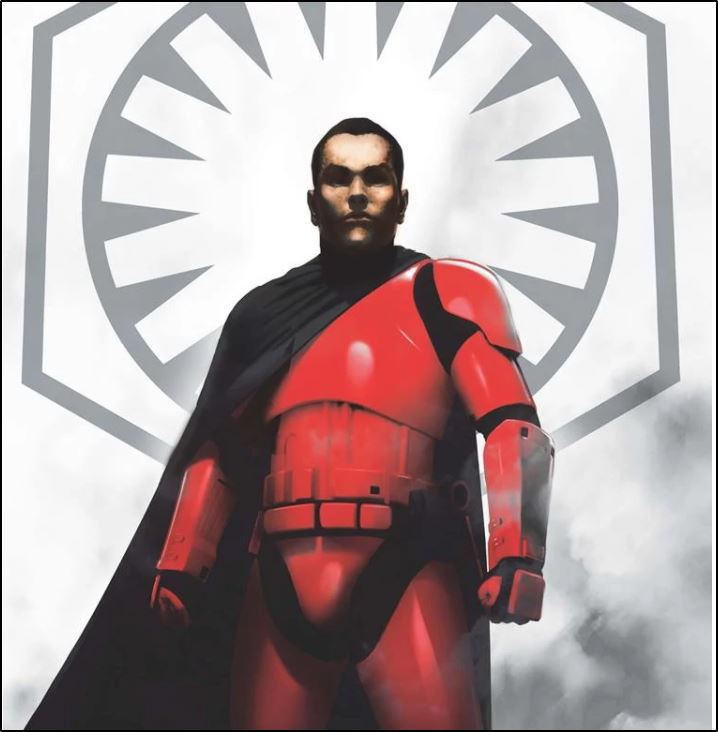 The biggest shock in Phasma’s origins came in learning that she was born in the harsh wilderness on the wild planet of Parnassos. I immediately became skeptical that someone raised in this primitive environment could rise to lead the technologically advanced First Order’s troops. Phasma and her clan were pursuing a meager existence and trying to live day by day until a shiny yacht carrying First Order troops crashed on her world. The course of her journey reminded me of the loss of civilization as presented in the classic novel Lord of the Flies. After Phasma met Brendol Hux and his Stormtroopers, she slowly gave up any sense of attachment to her past and compromised her only family for the chance to leave her godforsaken planet and join the military armada in the stars.
Her origins shocked and enticed me to read more. I found myself wanting to know how Phasma could rise from the gutter of the galaxy and into the premiere spot she occupied in Episode VII. That desire did satiate me through the book’s slower paced chapters. Some suffered from a Lord of the Rings syndrome in that much of the volume was dedicated to a fellowship of main characters brought together to walk a long distance towards a goal. Many of the traveling portions of Parnassos did grow tedious and I found myself wanting to check in on Vi and Cardinal again. Phasma was a consummate warrior but the book made this point over and over by presenting her as an overpowered- Star Wars-Superwoman. I wondered if the First Order made her a better combatant at all since she was written so superior to the trained Stormtroopers. Hux and his faceless minions often had little to do other than be impressed by Phasma’s abilities.

I have a strong feeling the storyline that began here will continue and Vi and Cardinal will take a more active role than simply bookend scenes for flashbacks. Dawson masterfully fleshed out the Crimson Avenger, Cardinal, and created the most genuinely likable First Order/Empire character I’ve encountered in Star Wars since Pellaeon in the Thrawn Trilogy. I read his story and sympathized with him, even though his life’s purpose was to indoctrinate children into fighting for a cabal of zealots.

A recurring theme in all the new Star Wars canon novels has been to blur the lines between good and evil in a universe where they were previously kept stark and rigid. Cardinal and his red armor would be a welcome sight on any movie or television screen for future projects taking place in the First Order era of stories prior to Episode VII.

After reading the novel, I have re-evaluated my view of Phasma. She is not the Boba Fett of the new era. She’s far more ruthless. I don’t believe Boba would have done the same things Phasma did to survive. Fett lives by a code, while Phasma believed the ends more than justified the means. As her story continues on-screen or on-page, I will be eager to find out what extremes she takes to fulfill her agendas. For now, she seems comfortable in her position of power in the First Order and working with the younger Hux. Perhaps the two of them will decide later that Kylo Ren is a threat that needs to be eliminated in a future movie installment. This volume certainly gives me confidence in her ability to defeat the emo Lord of Ren in combat.

What did you think of my review of Phasma? Sound off to me @JSandlinWriter on twitter. Check out my podcast #WhoWouldWin here on the GWW Radio network: https://thegww.com/category/podcasts/whowouldwin/