Disney’s purchase of Star Wars meant the end of the Expanded Universe (EU) of novels, comics, games and other media that continued the saga beyond Return of the Jedi.

Many aspects of the EU have cropped up in the new #StarWars canon, and #TheLastJedi is no exception.

Here are 7 EU aspects that popped up in #TheLastJedi. 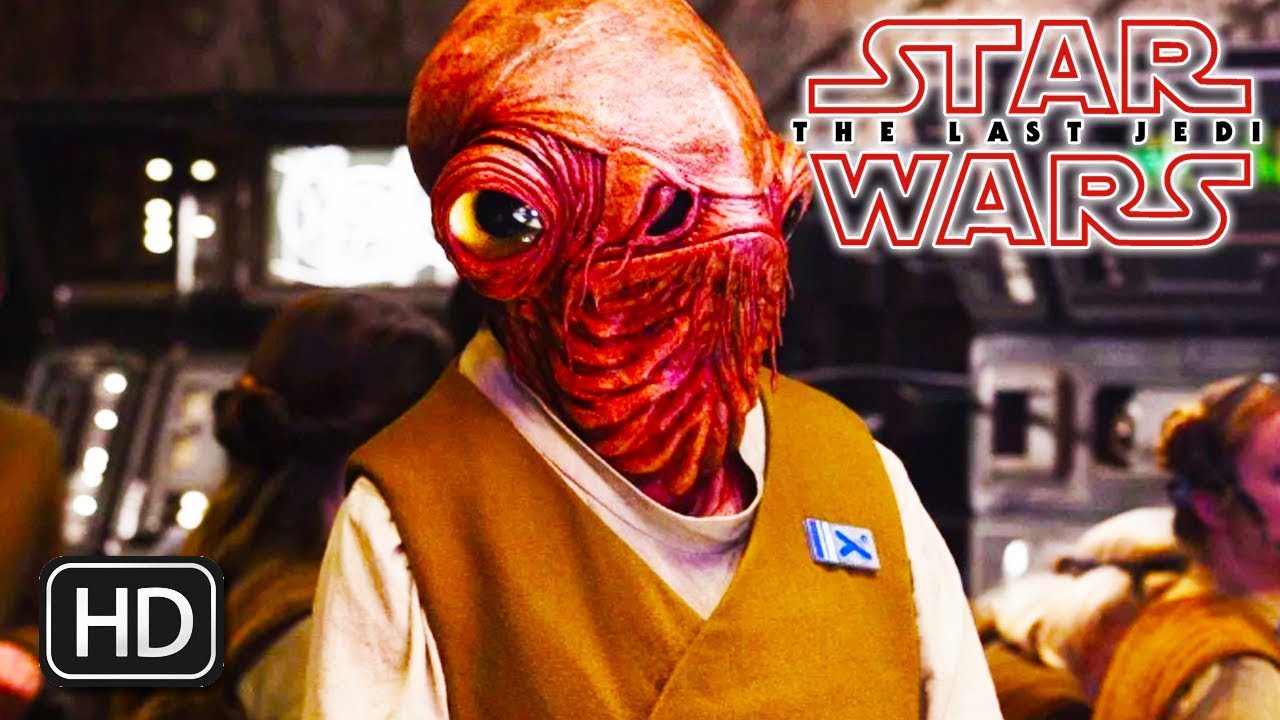 Admiral Ackbar could not avoid his final trap in #TheLastJedi. The famed general met his end on the bridge of the Raddus during an attack by the First Order. A passing line a few minutes later made it clear that all the senior leadership died in the attack, aside from General Leia. This effectively killed off one of the most famous, and often parodied, minor Star Wars characters off-screen. Many felt his death was a slap in the face to longtime Star Wars fans.

However, the expanded universe killed Ackbar in a much more boring fashion. He died quietly of old age and illness, off-page, shortly before the New Republic’s climactic battle with the Yuuzhan Vong (the worst Star Wars villains of all time).

A few years later, the Expanded Universe featured a new Star Destroyer named in his honor, The Admiral Ackbar. Which is interesting because… 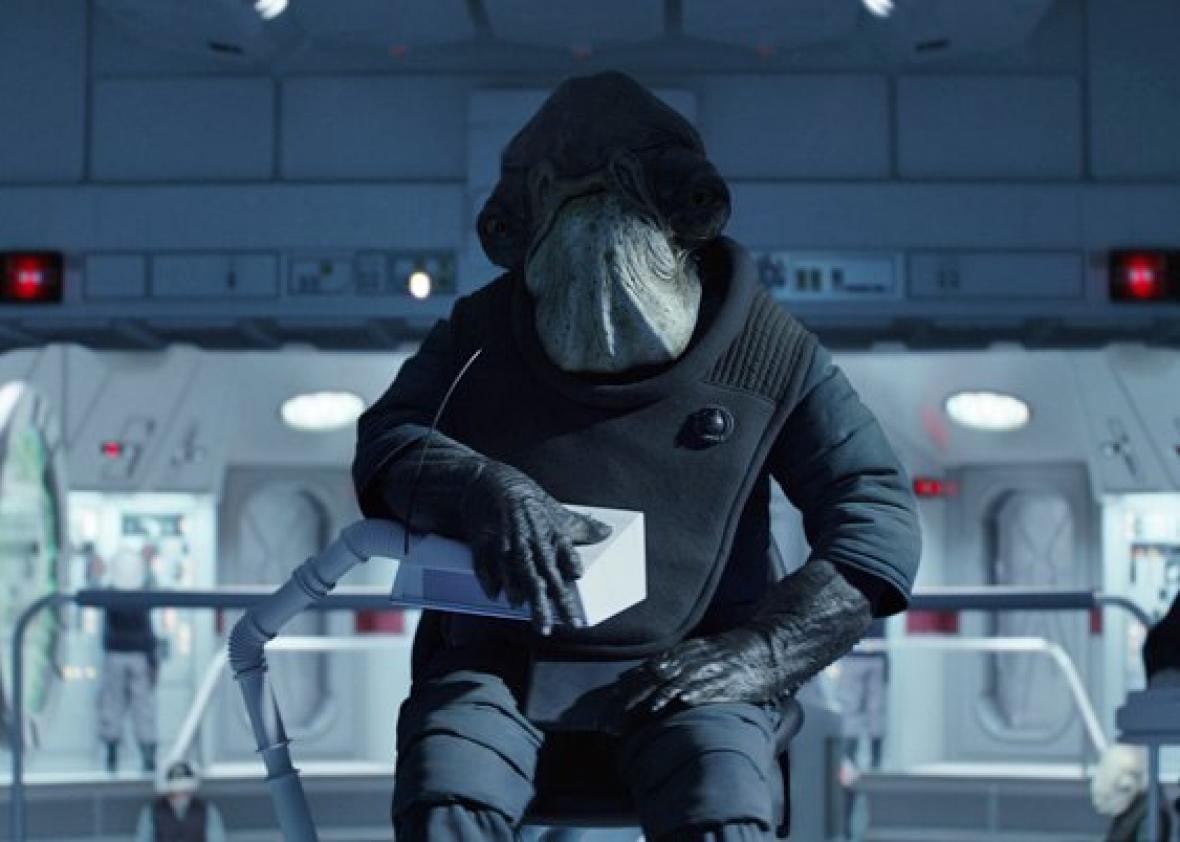 The EU’s Admiral Ackbar received a Star Destroyer named in his memory and used in defense of the New Republic. The New Republic/Resistance in the canonical Star Wars did the same thing, but for another Mon Calamari.

Admiral Raddus defied the odds by winning the space battle over Scarif during the events of Rogue One.  Raddus perished and his memory lived on with the Resistance’s MC85 Star Cruiser, named the Raddus.

Perhaps Ackbar will receive a mega-Resistance capital ship named in honor of Ackbar to make up for his lackluster death in #TheLastJedi. I suggest calling it the S.S. ItsATrap! 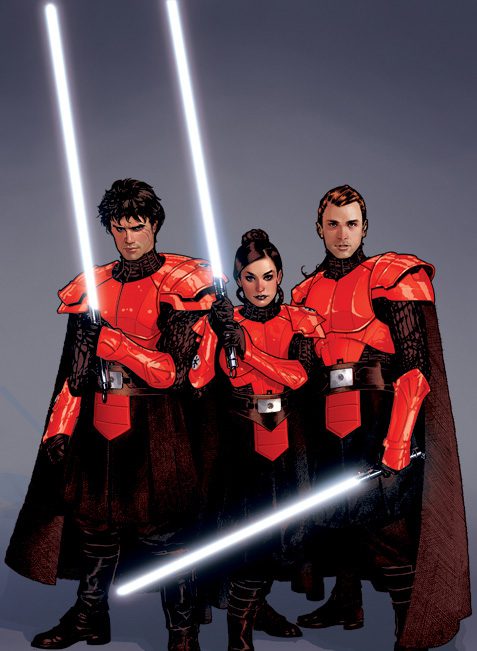 A century after ROTJ, the Star Wars: Legacy comics featured a galaxy ruled by a Dark Side Empire with the Jedi nearly extinct. The remains of the first Galactic Empire founded a sect of Force users, the Imperial Knights.

These knights fought with lightsabers, used the Force, and above all, defended the Supreme Leader of the Empire. Much like Snoke’s Praetorian Guard, they wore red armor with gauntlets resistant to lightsabers. During the Snoke throne room fight in #TheLastJedi, one of the Guards appeared to deflect a lightsaber slash with his gauntlet.

It’s just a shame they couldn’t use the same material for their helmets.

Most Star Wars fans agree that the modern Expanded Universe began with Timothy Zahn’s Thrawn Trilogy in 1991. One of the main villains of this series was the mysterious Dark Side Force master, Joruus C’boath.

C’boath, however, was never supposed to exist. Instead, Zahn wanted to use an insane clone of Obi-Wan Kenobi to try to twist Luke to the Dark Side. Like many great ideas for the Expanded Universe, Lucas vetoed this suggestion. C’boath became a clone of a Republic Jedi Master, driven mad by the cloning process.

Like Snoke, he had little backstory. Grand Admiral Thrawn found him just kinda hanging out on an Imperial storage world. Thrawn speculated that he was cloned from a tissue sample from the original Jedi Master sometime before his death. It took Zahn’s 2006 novel, Outbound Flight, to introduce an origin for C’Boath. 15 years later!

It’s also interesting to note that C’boath and Snoke were both killed by Luke’s original, blue, lightsaber in a surprise attack from someone other than Luke! 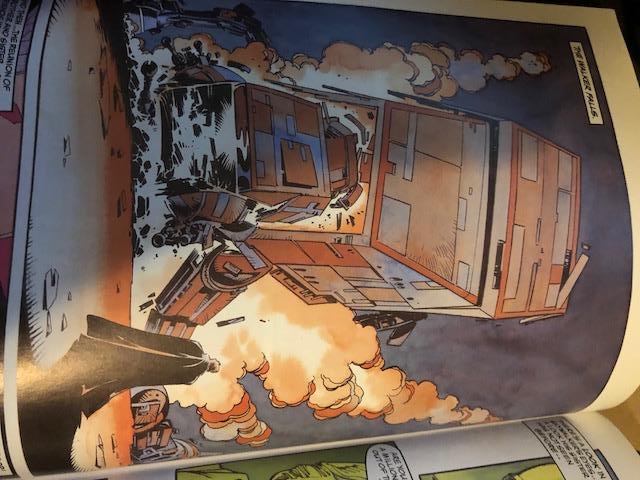 1991 was an excellent year for #StarWars fans. In addition to the Thrawn Trilogy, we received Dark Empire! Star Wars comic, Dark Empire, took place ten years after the Battle of Yavin and featured Luke as a powerful Jedi Master. He also bothered his father’s leather Vader pants and wore a sweet Dracula collar.

As the last of the Jedi, he took on the Empire’s big elephant walkers- single-handedly- using only the Force and his laser sword. The Last Jedi featured a similar battle scene with the First Order’s elephant walkers confronting Luke alone.

The similarities, however, do not end there. 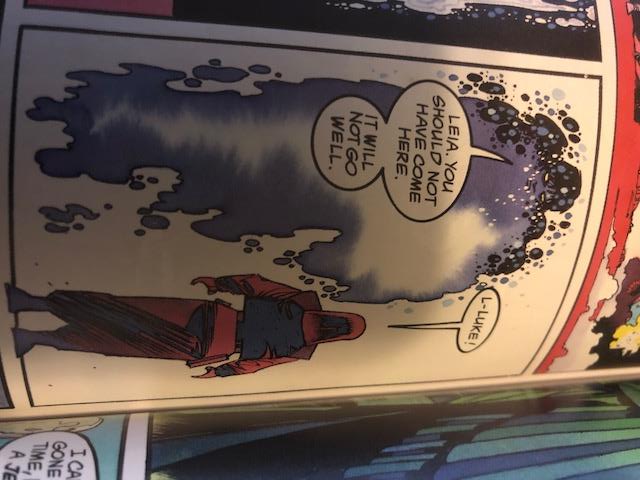 Also during Dark Empire, Luke became the new dark apprentice to the Emperor reborn. Faced with an immortal foe, Luke ignored everything he learned in the original trilogy and believed he had to join the Dark Side to defeat it.

While on the Emperor’s planet, Byss, he tricked Han and Leia with a Force phantom of himself. He knew his friends would not leave the dark planet without him, so he used his phantom to convince them that he was leaving alongside them. Much like the final scene of #TheLastJedi, the Force illusion let his loved ones escaped while he stayed in harm’s way. He also used the technique to appear to Leia and warn her that her plan would not go “the way she thinks!” 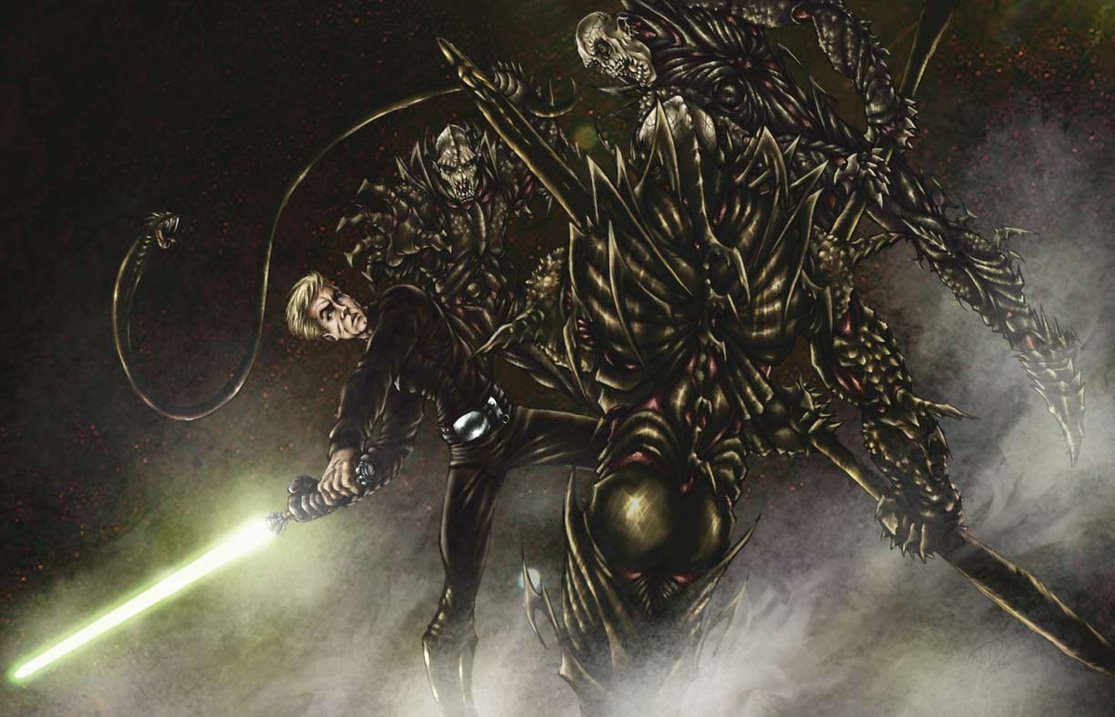 The outrage over the death of Luke Skywalker in #TheLastJedi makes it easy to forget that the Expanded Universe wanted to kill him off since before Y2K.

However, Star War EU had to abide by very strict rules, many of them set by George Lucas himself. A cardinal rule was that no main characters from the films could die. Nevertheless, 1999’s Vector Prime novel wanted to shake up the status quo by killing the Jedi Master himself. Luke was going to die by having an entire moon dropped on him by a race of alien invaders from outside the galaxy (The Vong again, I really hated those guys).

Luke’s death was vetoed, and unfortunately, Chewbacca took a moon for him.

Ironically, Chewie has now outlived Han, Luke, and, most likely, Leia herself.

Thanks for reading these Star Wars Legends moments from #TheLastJed. What did you think about #TheLastJedi? Did you spot any other EU references from SW stories past? Let me know @JSandlinWriter via Twitter!