Steve Trevor Gets his Own Action Packed One Shot

While many people only think of Steve Trevor as Wonder Woman’s love interest in the comics, he has always been so much more. In most iterations, Steve Trevor is a highly accomplished U.S. Military Intelligence Officer and spy who is an expert in hand to hand combat and weapons. This summer, the first man to set foot on Themyscira will take on one of the Amazon’s villains in his own adventure. 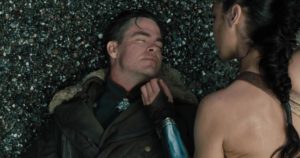 Before you see him brought to life by Chris Pine (Star Trek) this summer in the highly anticipated Wonder Woman film, Steve Trevor will be tackling a new threat in the pages of his own comic and he’ll be facing this threat alone.

Wonder Woman: Steve Trevor #1 hits shelves this summer. The story is written by Tim Seeley (Nightwing) with art by Christian Duce (Detective Comics). “I’m excited to dive back into the life of Steve Trevor, and give him a new and crazy adventure of his own.” Said Seeley. Here is the synopsis according to DC Comics:

They have been friends and lovers, but more importantly they have been there for each other over the decades. From Steve’s first moments on Paradise Island to the day that Diana left her home to join Man’s World, they have worked together and fought to protect humanity. But now, Steve Trevor will be forced to face an ancient foe, and he’ll have to do it alone. Where is Wonder Woman? And what will become of Steve Trevor? 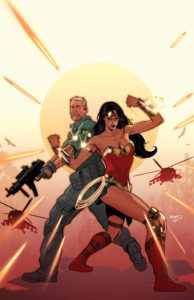