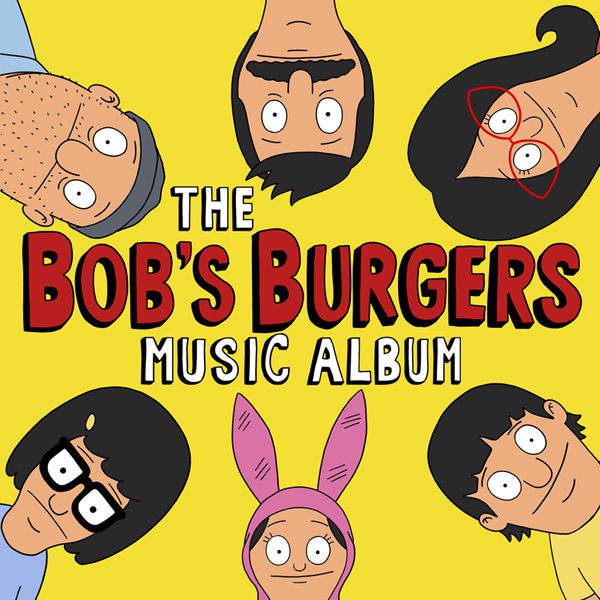 Produced by series creator Loren Bouchard’s Wilo Productions, the album will contain songs from many of the show’s recurring guests including Aziz Ansari, Sarah Silverman, Kevin Kline, Bill Hader, Zach Galifianakis and Fred Armisen.  As a special, five cover songs will be included by St. Vincent, The National, Låpsley, and The Magnetic Fields.

The standard version of The Bob’s Burgers Music Album will be available in three formats: 2xCD, 3xLP+7,” and digital. The deluxe, limited-edition box set version of the album includes the 3xLP+7” on “condiment-colored” vinyl (ketchup red, mustard yellow & relish green), plus a hardbound lyrics book with exclusive Bob’s Burgers artwork, a soft cover sheet music songbook, three original posters, a six-piece sticker pack, and a patch. Both the standard and deluxe LP editions include the five “Bob’s Buskers” tracks on a white 7” single. 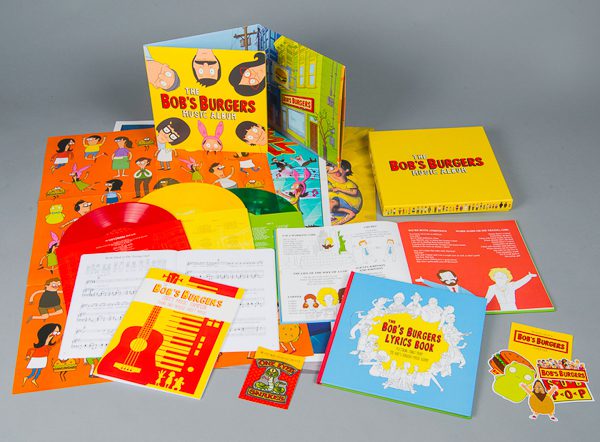 To celebrate the release, Sub Pop has been trickling out a collection of songs from the album over the last few weeks. The historic Pacific Northwest music label has also announced a two-night event in Los Angeles that will be host to stand-up and musical performances as well as a table read from the cast. Bob’s Burgers Live will take place at the Los Angeles Orpheum Theatre on June 17th and 18th.

Pre-orders for the album are now open and tickets for Bob’s Burgers Live are selling out fast. Check out the cast’s live and animated unboxing videos below.

Do you love Bob’s Burgers? What are your favorite songs from the show? Comment below and stay tuned to GWW for more geek news.