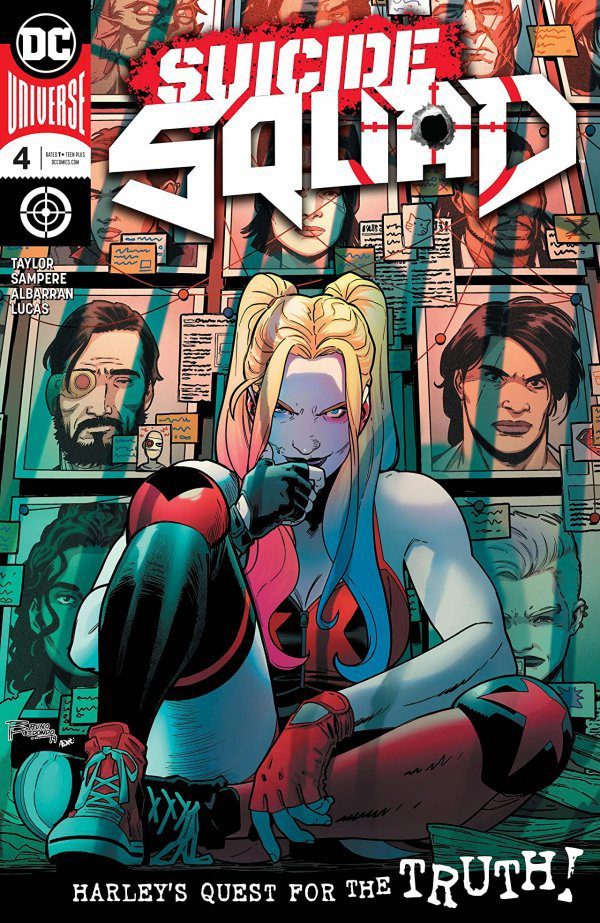 (WARNING: Spoilers for Suicide Squad #4 ahead.)

The Revolutionaries’ plot against Task Force X runs a lot deeper than initially expected. Which begs the question, when Osita and company finally take down Lok and the ones actually calling the shots, what’s going to happen to Deadshot and Harley Quinn.

They would have killed Deadshot before if he’d gotten in the way and the Revolutionaries were about two seconds from killing Harley in Suicide Squad #4. Also, remember, when Tom Taylor’s run as writer first began, he made clear no character was safe.

Now, it’s still hard to imagine he’ll off Deadshot or Harley early in his run. But I don’t think it’s a guarantee they survive this entire run. What’s to say one of them didn’t kill someone close to one of the Revolutionaries?

Speaking of which, no one in that group is safe. Maybe they are the next few issues, but there’s no way Floyd Lawton trusts this group fully. And you know Harley will side with him because they have history.

But it doesn’t look like the Revolutionaries will be at full strength by the time the journey ends. Especially if Captain Boomerang has anything to say about it all.

That’s not to say I expect Boomerang to walk away from this — though that would be an interesting twist. What I really wonder is, will Floyd be the one to pull the trigger? Or will he hesitate, thus leading to another controversy among the group?