Summer is upon us, and with the season comes BBQs, beaches, vacations, and the dreaded video game drought. Publishers tend to steer clear of releasing their cornerstone titles this time of year, so you’ll need to find some games you never got around to if you want to make it through the summer slump. Here’s five suggestions that will keep you busy when you’re not soaking in the sun. 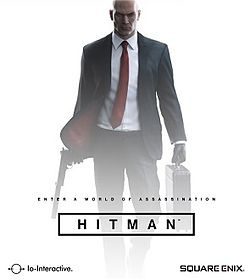 “Travel agents HATE him!!! Learn how this bald man travels around the world AND GETS PAID TO DO IT!!!!!!” There’s always some catch with clickbait. In this case, our hair-challenged friend does indeed get to experience some of the most breathtaking locales in the world commonly reserved for the super-wealthy elite, but he has to work while he does so. And most days, work can be… murder.

All joking aside, Hitman is a great game to add to any gamer’s summer backlog. You play as the titular Hitman, Agent 47, as he journeys around the world to hunt some of the most powerful people pulling strings in government, industry, and the world as a whole. During the journey, a story of intrigue unfolds where… well, honestly, Hitman’s story has never been too original or compelling. It’s really about the gameplay here.

If you haven’t heard of the Hitman franchise, how’s that rock you’ve been living under? Cozy? Here’s how it works: you’re given a target (or a few) to eliminate, and then you’re dumped into a location to complete the mission. How you do that is completely up to you. All that your employer cares about is that the people who were in your folder are no longer breathing when you make your escape. You can choose to run in, guns blazing, dodging armed bodyguards and eliminating your targets while leaving a wake of blood in your path. Or you can choose to be stealthy, methodically (and quietly) subduing guards, stealing disguises and keys, and waiting until your target is isolated before silently finishing the job. Or you can do anything in between.

The game obviously wants you to take the stealthy approach, as you’re scored based on your discretion at the end of each mission. Honestly, though, sometimes it’s more fun (and a heck of a lot more challenging) to take the “Rambo” approach and mow through everyone. Either way, the game is pretty open as to your mission, and there are so many ways to complete it. There are only six missions here, but each stage is full of literally hundreds of NPCs and opportunities to interact with them, which makes the game feel alive. A mission will typically take about 30 minutes to an hour to complete, and there are several different ways to complete them, plus additional challenges that unlock different outfits and weapons when completed.

Hitman was released episodically, with each new mission coming out after a few months. While the initial release was slow, after a year, there’s a lot of content here. Add that to the fact that the game is now on sale (as of this writing, it’s $15 on Steam), and you’ve got one heck of a deal and a great way to pass the time this summer.

Available on Linux, Microsoft Windows, PlayStation 4, and Xbox One. 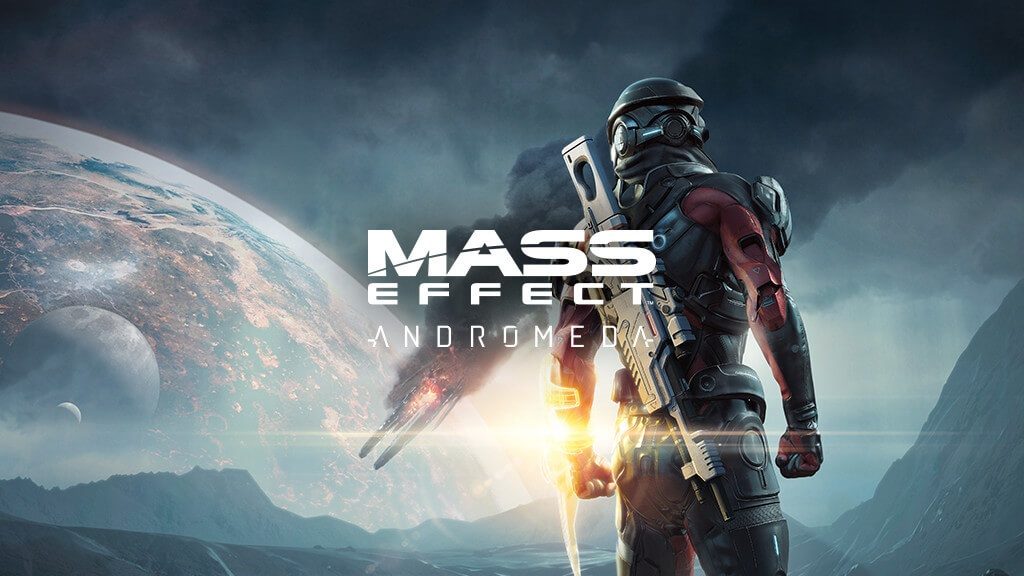 Bioware’s latest entry in the hit series has flaws: a stale narrative accompanied by boring characters, wonky animations, and a litany of other performance issues being chief among them. Luckily, it’s received a considerable amount of patches since launch to help the game’s overall performance.

This time around, you assume the role of Ryder, a Pathfinder sent to the Andromeda galaxy in search of habitable planets beyond the Milky Way. The graphics, especially on PS4 Pro in 4K HDR, are downright impressive. They pave the way for the rest of your Pathfinding experience, creating beautifully colored alien worlds ripe with interesting and varied quests and side missions that bring exploration back to the forefront (something that was lost after the original Mass Effect).

Combat is also the best in the series. Gunplay is fast-paced and more fluid than ever, enhanced by a large array of craftable weapons and armor. Your impressively large arsenal of Powers can also be used to prime and detonate enemies, triggering visually stunning combos. “Profiles” that can be switched on the fly make up the game’s class system, augmenting your Powers with passive bonuses and profile-specific abilities. Lastly, the wave-based multiplayer is fantastic, taking most of its cues from Mass Effect 3‘s surprisingly stellar online component.

Technical issues and lackluster story aside, Mass Effect: Andromeda is perfect for the summer backlog due to its hefty amount of content, satisfying combat, and deep multiplayer experience.

Available on Micrsoft Windows, PlayStation 4, and Xbox One. 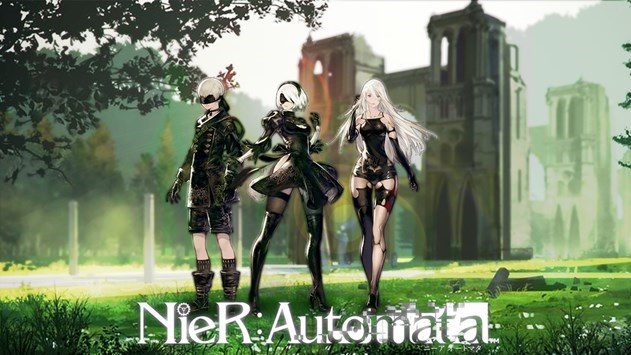 Nier: Automata is my 2017 GoTY in June. Taro Yoko’s spiritual successor to his 2010 cult classic Nier (not a prerequisite) is a remarkable work of art that reaches a glorious crescendo with every note. In fact, the game’s only mistake was releasing during 2017’s crowded first quarter, which is why you may have missed it.

You step into the shoes (er, boots) of a specialized group of man-made military androids known as YoRHa and are tasked with turning the tide in a war against machines that took over the Earth. From start to finish, Nier: Automata grips you with compelling characters and masterful storytelling. It accomplishes what most games fail to do: make you think and feel. Its unique art style pulls you into its world despite not leveraging cutting-edge graphics, and an elegant soundtrack combines with its tone and settings to really set the mood.

You’ll engage in fast, fluid, and incredibly precise combat that’s easy to get the hang of, but contains layered nuances to allow those who master the slick and stylish combos and counters to experience something truly remarkable. Gameplay is also extremely varied, alternating between classic third-person action, 2-D Galaga-type arcade shooting, aerial mech combat, and Asteroids-like mini-games, even in the midst of the game’s epic boss battles.

It also has a good amount of “surprises” baked into its presentation that keep the overall experience fresh and unpredictable until you reach the conclusion. In Nier: Automata, nothing becomes old and worn, boring or repetitive. There’s so much variation and depth to its gameplay, story, and characters that you never get tired of fighting your way through its world and narrative. As an added bonus, its “3C3C1D119440927” DLC released last month, making this can’t-miss title perfect for the summer.

Available on Microsoft Windows and PlayStation 4. 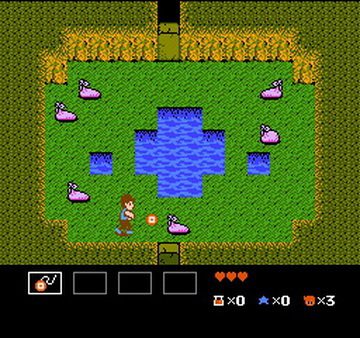 When you think of summer, what comes to mind? White sands? Crashing waves? Adventuring through a cemetery to climb under a headstone so you can smack skeleton dogs in the face with a pink yo-yo? Thanks to the magic of video games, you don’t even have to leave your couch to take such a necromantic holiday! Startropics for the NES should be on any gamers summer backlog, whether they like retro games or not.

In Startropics, you are Mike Jones. You’ve gone to the tropical C-Island to visit your Uncle Steve, a renowned archaeologist, only to find out that he has gone missing. After visiting with the village chief, he hands you a yo-yo and tasks you with finding your uncle, starting an adventure that will have you island hopping through the tropics fighting pirates, battling the undead, meeting scores of islanders, and even exploring the inside of a whale.

The game is a unique Zelda-style action/adventure title. Gameplay revolves around navigating an overworld to make your way to a dungeon. Once there, you’ll explore Blaster Master-esque levels armed with everything from a yo-yo to shurikens to frickin’ lasers while solving tile-based puzzles and slapping monsters around. Startropics mashes together aspects from several different NES titles to create a unique experience all its own.

The total adventure should take about 6-8 hours, so it’s perfect for a summer weekend. Physical carts typically run around $10 on eBay, and if you were lucky enough to get an NES Classic, you already own the game. It’s an absolute blast that I pop in and play through every summer to get my tropical fix.

Available on NES and the Wii U virtual console. 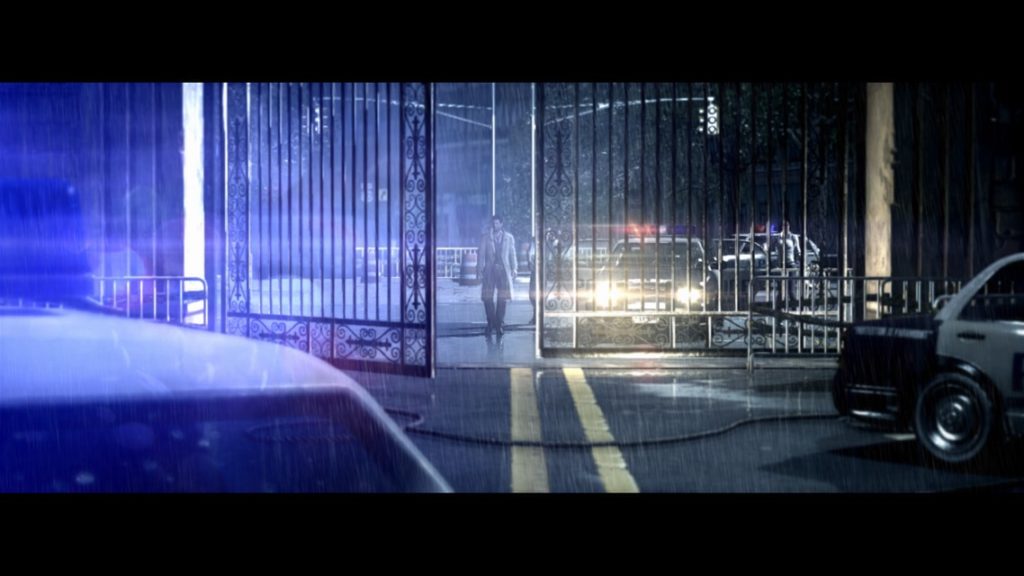 Gruesome visuals, twisted monsters and a cheesy B-movie plot to boot. Shinji Mikami’s The Evil Within is the Resident Evil 5 he never made.

The game wastes no time throwing you into its convoluted narrative of conspiracy and alternate realities. You take on the role of Sebastian Castellanos, a detective for the Krimson City (Yup, that’s the name) Police Department. After being sent to investigate a mass murder with his fellow detectives, Sebastian soon finds himself trapped in a broken reality filled with dangerous creatures and campy story beats.

Gameplay is tense, requiring you to think about whether you want to confront or sneak past that enemy around the corner. In short, you’ll be squeezing the controller every now and again.

If you enjoyed Resident Evil 4 but are unhappy with the path the franchise has taken, do yourself a favor and pick up a copy of The Evil Within. With Bethesda’s E3 conference right around the corner, rumor has it that we may even be getting a glimpse at the series’ future, meaning there’s plenty of reason brush up on your bottle throwing this summer.