Whew, it’s been a whirlwind of a week for PC Enthusiasts.  We got a brand new CPU and CPU Architecture from AMD, a new video card from nVidia and more details on AMD’s upcoming Vega GPU Architecture.

Starting with the biggest news of the week, AMD finally launched their long awaited Ryzen R7 line of CPUs: the R7 1800X, R7 1700X and R7 1700.  All three CPUs are 8-core, 16-threaded CPU.  Along with the new CPUs we got the new X370 and B350 chipsets.  Details for all can be found below, along with their Intel counterparts. 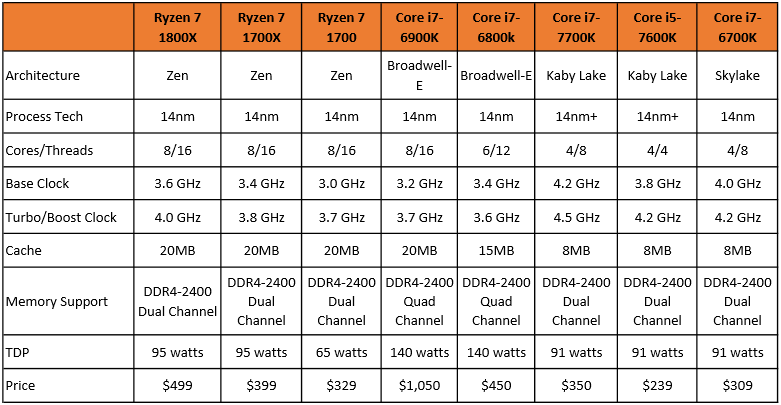 The reviews of Ryzen have been beyond fascinating to watch roll out.  From in-depth reviews from Gamers Nexus to epic builds from Jayztwocents, there is only one thing everyone agree’s on: it’s good to have something else in the market.  I’ll post several links that take all sorts of angles at this part for you to take a look at if you’re interested.  As for me, I have to wait a couple of more weeks before I can go pick up a Ryzen chip, motherboard and memory, but I do plan on picking it up and putting it through it’s paces so be sure to check back at the end of the month for that.

There are plenty more out there, but these are the highlights of some of the resources I trust.  There has been interesting “controversy” around the launch of these chips, as the marketing and hype-train from AMD was so hard and so over done, that people expected an Intel killer in gaming and production workloads, when in reality what the market got was an X99 budget alternative and an almost up to par in some games, not even close in other games CPU.  AMD seems to have rushed the delivery to meet the pent up demand, and in doing so left motherboard manufactures in a bind, providing many reviewers with a work-in-progress BIOS which lead to a wide range of results from one reviewer to another.  Needless to say it’s been a bumpy launch with AMD’s Ryzen 7 line of CPUs, but the results look promising, and if they can get the Ryzen 5 series of CPUs ready to a fully ready to launch state, unlike they did with the Ryzen 7 line, then we might start to see some interesting results in the 6-core/12-thread CPUs.  I look forward to seeing those come out and getting my hands on one. 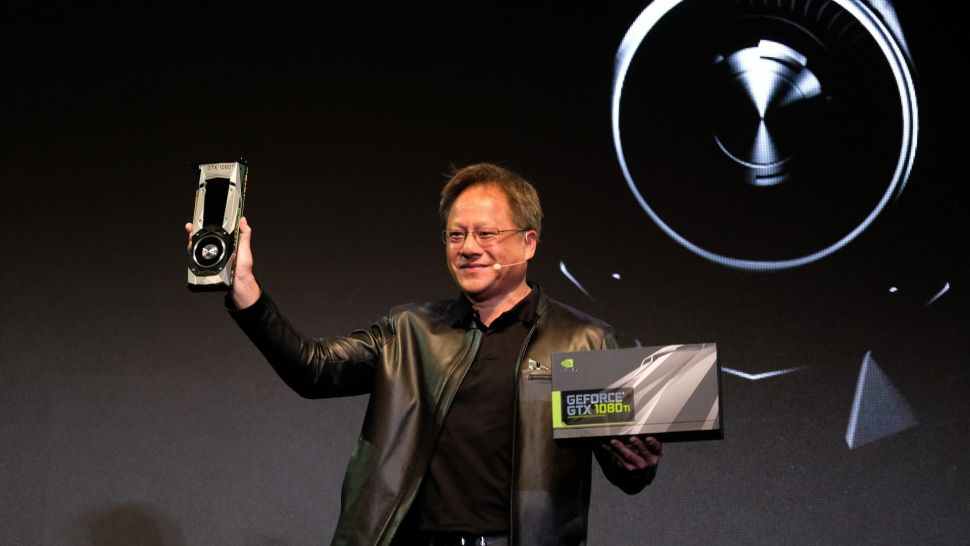 To nobody’s surprise, nVidia finally made the GTX 1080 Ti official.  with performance promises of 35% improvement over the 1080, the new Ti card is the 3rd generation in a row to split the difference of the $1000+ Titan and the $600+ n80 card, giving performance often almost as good or better than it’s Titan predecessor.  For all the details, check out the announcement here: https://blogs.nvidia.com/blog/2017/02/28/1080-ti/.  I think the most interesting result of this announcement is the price from of the 1080 to $499 as a result.  The 1080 is already a very capable gaming card on it’s own, and if 1440p (or 2K) Gaming is the primary resolution of your future, there’s a good change that sticking with just the 1080 might be better, although going to the 11GB of GDDR5X memory of the 1080 Ti makes 4K gaming even stronger if that’s your style.

While nVidia was busy showing off the GTX 1080 Ti, AMD was busy showing off some technology of their own in the GPU space.  While their second annual Capsaicin event didn’t give us an official launch of Vega, which we told it wouldn’t have been in the first place, AMD instead focused on the technologies they’re working on bringing with the new Vega GPUs, and confirmed that indeed the GPUs will be branded Radeon RX Vega 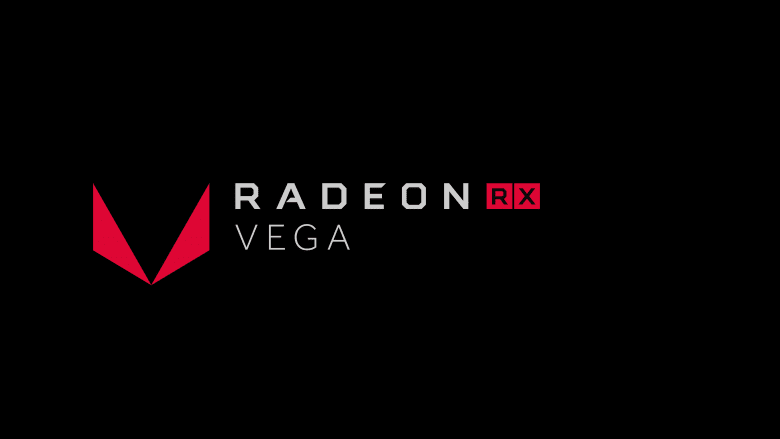 While there were not details giving about GPU specifics, they focused on three things for this event: their High Bandwidth Cache Controller, Rapid Packed Math and Virtualization.  While none of these by themselves are particularly exciting, knowing they’re trying to bring in new technologies to make better use of game engines and systems is good to know, but without hard numbers, and specifics on the GPUs in use for testing, it’s something to take with a grain of salt.  If you’d like to watch the full event, you can do so over on AMD’s YouTube Channel.

It’s been a busy week, and I expect the next week to busy too, with revisions to AMD Ryzen reviews, further and more testing on the CPUs, Overclocking guides and expanded motherboard reviews.  As for me, I’ll be working on a review of the Need for Seat Maxnomic Titan Gaming Chair, a chair I’ve been using for over a year, to really know just how well it would stand up, so be on the look out for that.  Also, like I mentioned earlier, be on the lookout for my Ryzen coverage later this month as well, once all the dust starts to settle.