Fans of the long running Super Smash Bros. series have much to celebrate today. In a Nintendo direct presentation focused on the upcoming Super Smash Bros. Ultimate, it was revealed that Simon Belmont from the Castlevania series and King K. Rool from Donkey Kong Country are both joining the game as playable fighters.  The short presentation also unveiled new levels straight from Castlevania  as well as  Super Mario Odyssey. Check out the video below. 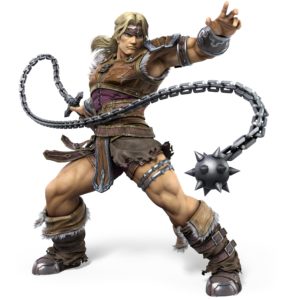 Simon Belmont, the original protagonist from Castlevania on the Nintendo Entertainment System, brings his signature whip and special attacks that come straight from the  series. This includes potions, crosses, and throwing axes. His stage is Dracula‘s castle, with candlesticks that release an item when destroyed (I can feel the nostalgia already). Additional assist trophies for Simon include Alucard and  Richter Belmont is Echo Fighter. 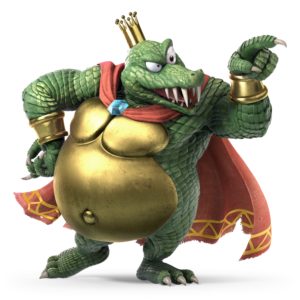 King K. Rool, the main antagonist from the Donkey Kong Country series on the Super Nintendo, brings a larger fighter to the table with strengths similar to Bowser and Donkey Kong. He can throw his crown like a boomerang or use his blunderbuss that can fire cannon balls for maximum damage.

Aside from the return of the single player classic mode and stamina battle, new characters are entering the series in the form of new Assist Trophies. Zero from the Mega Man X series makes his debut, as well as Knuckles from Sonic The Hedgehog, Shovel Knight, and the Evil Moon from The Legend of Zelda: Majora‘s Mask. Echo fighters are also featured in super Smash Brothers Ultimate and they add a whole new level to the game. These fighters  have move sets based on their counterparts, however their appearances brings even more characters to the game. For example, Chrom from the Fire Emblem series is the Echo Fighter for Roy, and Dark Samus from Metroid is the Echo Fighter for Samus. Basically, nearly every Nintendo character will at some point be a part of Super Smash Bros. 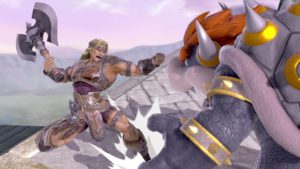 It’s hard to believe that after many iterations in the series we are up to more than 70 fighters, 100 stages, and 900 music tracks. The additional mode of Stage Morphing even allows players to seamlessly transition between two stages, which is fine because it allows you to see more of what has become a large universe. 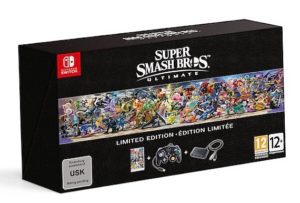 For the retro gamer in all of us, Nintendo is also releasing a limited edition version that will come with a new GameCube style controller as well as a four-player adapter for extra GameCube controlling fun. Hopefully this will also lead to GameCube titles being released on the Switch.