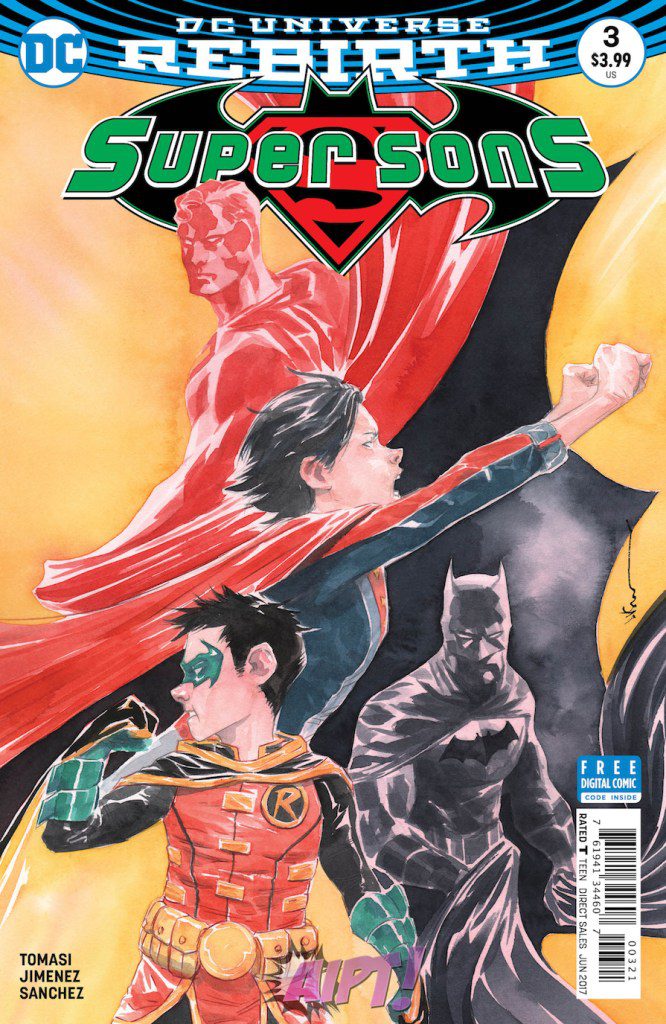 The opening of this issue starts with a flash back to the previous adventures of Kid Amazo and his family of heroes as they take down a threat in Providence, Rhode Island. Cut to now as both Jon and Damian are attacked by android duplicates of Batman and Superman. As both boys take on their perspective father’s, they are ultimately saved by the little girl Jon tracked in the woods. The only survivor of the massacre besides Kid Amazo himself. Sara recalls the story of how her family got to where they are as Damian explains to Jon about the virus itself. The only thing I don’t particularly like about the moment is that there seems to be an effort to make Jon less intelligent, which does him a disservice. His big heart, in contrast to Damian, doesn’t mean he can’t be smart as well.

Damian continues to be one of those characters that straddles a fine line with me. I’ve always enjoyed the character of Robin and it stands to reason that any young hero who takes on the mantle has an inkling to prove him or herself a hero, but Damian can be a little grating in his arrogance to the point of rooting for someone to teach him a lesson. A lesson that is far overdue. I still continue to enjoy the dynamic between these two guys despite my objections and the story continues to be engrossing. The young girl, named Sara, that Jon finds crying in the woods reveals some very disturbing information about herself, her family and her brother’s plans for them. 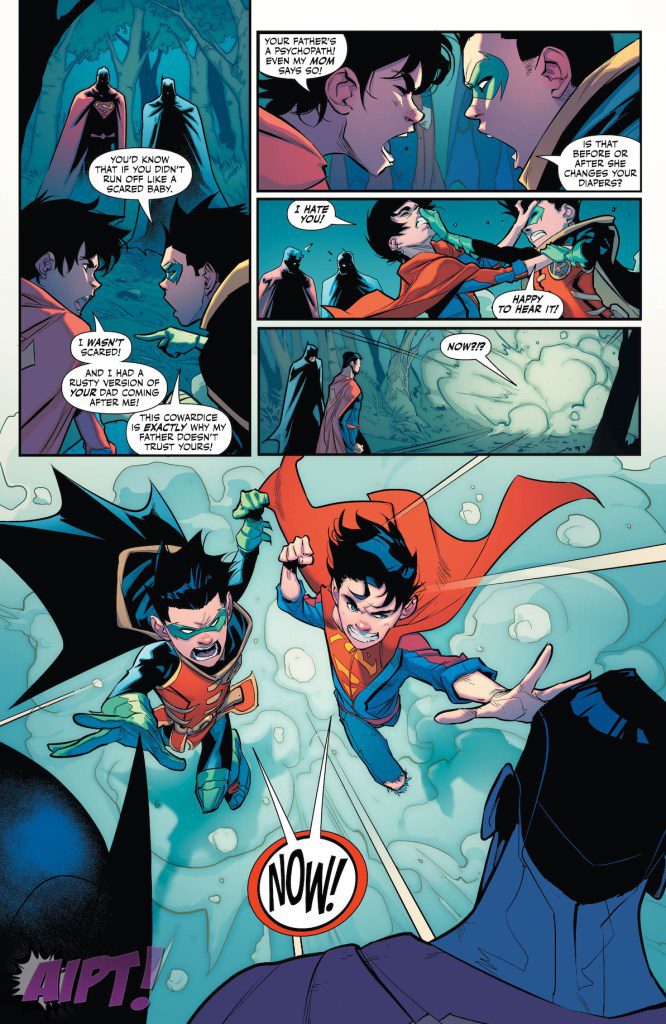 What was originally an investigation quickly turns into a rescue mission as the boys are tasked with tracking down something precious to the young girl and as they narrowly escape the battle with the androids, their inability to work together gets them into more danger with an army of android duplicates of themselves. As Damian comes to the realization that getting their fathers involved might have been a good idea, Sara steps up and uses her power to buy them some time to escape, tasking the young heroes to find and rescue her for real. A task that is made more difficult when they find themselves surrounded and overwhelmed.

This series continues to impress. The interpersonal dynamics remain strong, but the constant insults levied at Jon from Damian can be annoying. The mystery that the young heroes find themselves involved in a really well done and Tomasi does a great job of keeping the story moving without sacrificing character development. Jimenez’s art continues to impress me. I enjoy the style and how he paces the action with the story beats. I look forward to what comes next.