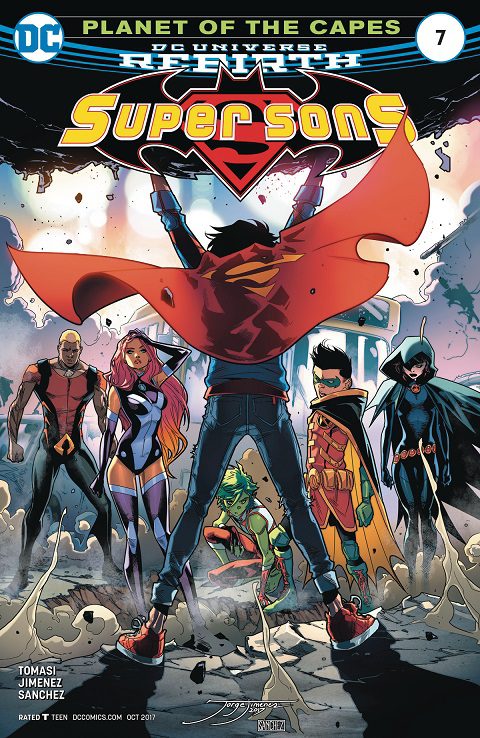 “Planet of the Capes Part 2”

The Teen Titans have had their heads handed to them and the only place they can find to lay low and regroup is the home of Jonathan Kent while his parents Lois and Clark are out of the house. As Jon tried to make the Titans feel at home, he has another problem to deal with; Robin has been turned into an old man who needs to use the bathroom, a lot. It’s fun to see this moment between the two of them as Jon is consistently trying to stifle a laugh and the Titans are insisting that they need Superboy’s help.

Reluctantly, Robin agrees and the team goes in search of the wizard who attacked them, Kraklow. As we get some interesting background on the villain that 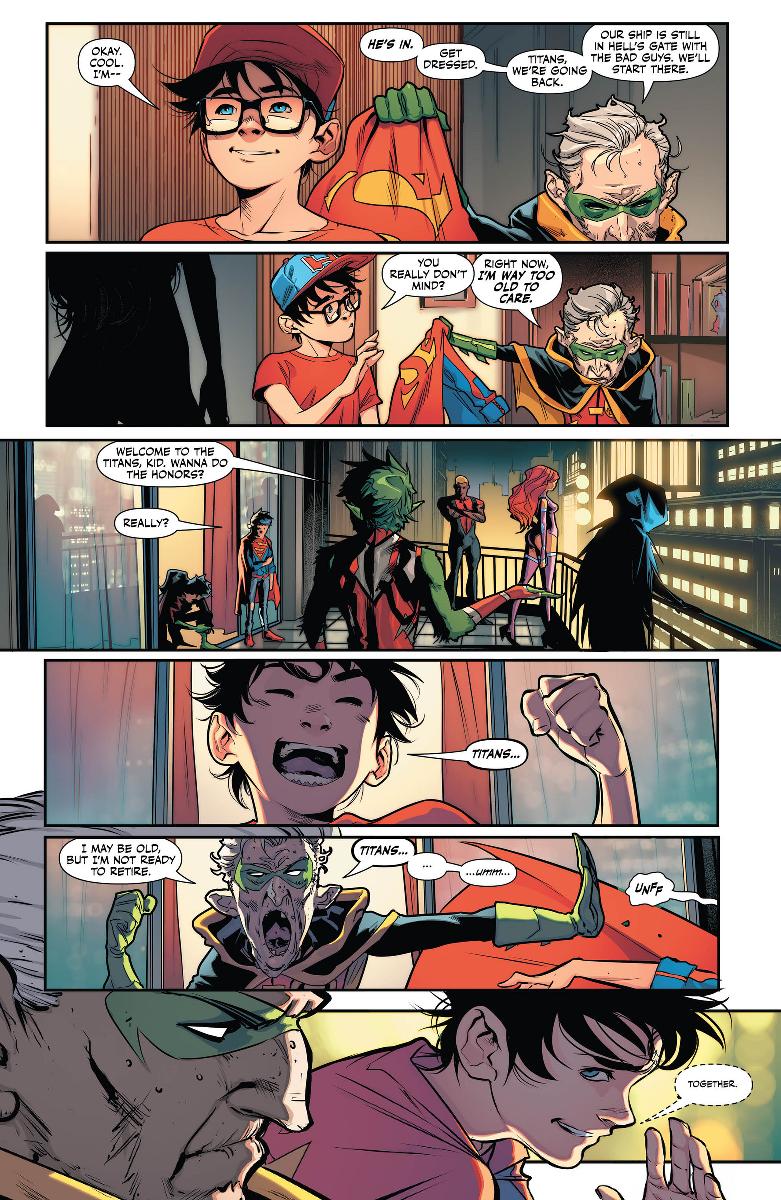 will hopefully play out in issues to come, the team discovers where he is hiding and move in to take on Kraklow and his band of “Forgotten Villains”. In the battle that follows, the team finally starts to use some strategy to take out the villain, but their actions and Jon and Damian’s investigation might have opened the door to a bigger threat looming.

Super Sons continues to be a fun book to read. The characters are written really well. There is a light tone to the book that still allows for high stakes and drama, but doesn’t lose its heart. Tomasi has crafted these relationships well and it is gratifying to see Jon as a more grounded, well-rounded character. I enjoyed his interactions with the Titans and would like to see more. Jiminez’s art continues to impress and he is great at not only composing a panel but also in detailing more humorous moments.