As the second season of adventures for our favorite Kryptonian inches closer to an end, the fate of National City has taken on a significantly drearier shadow. Rhea’s wrath has been unleashed, and her desire to use Earth as a new sanctuary for the surviving citizens of Daxum is reaching its fever pitch.  Supergirl now faces a foe that makes her aunt Astra seem like the punch and quip villain of the week. While this episode as a whole was far from my favorite of the season, it did contain some great moments that are going to set the path for future episodes. We get to see some excellent moments for secondary characters like James Olsen and Lena Luthor, and learn exactly what the machine Lena and Rhea have been working on is capable of. With only two more episodes remaining, we may be saying goodbye to National City and hello to New Daxum. 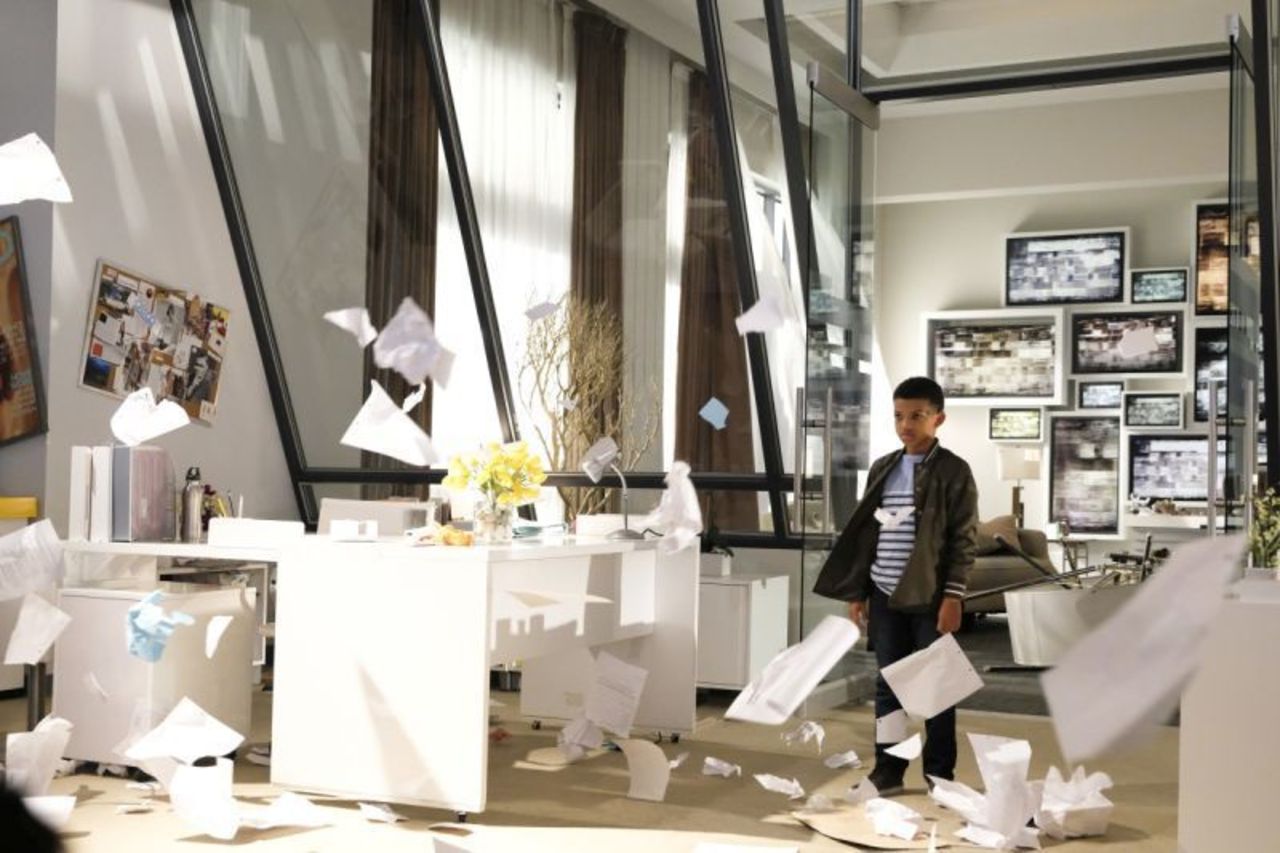 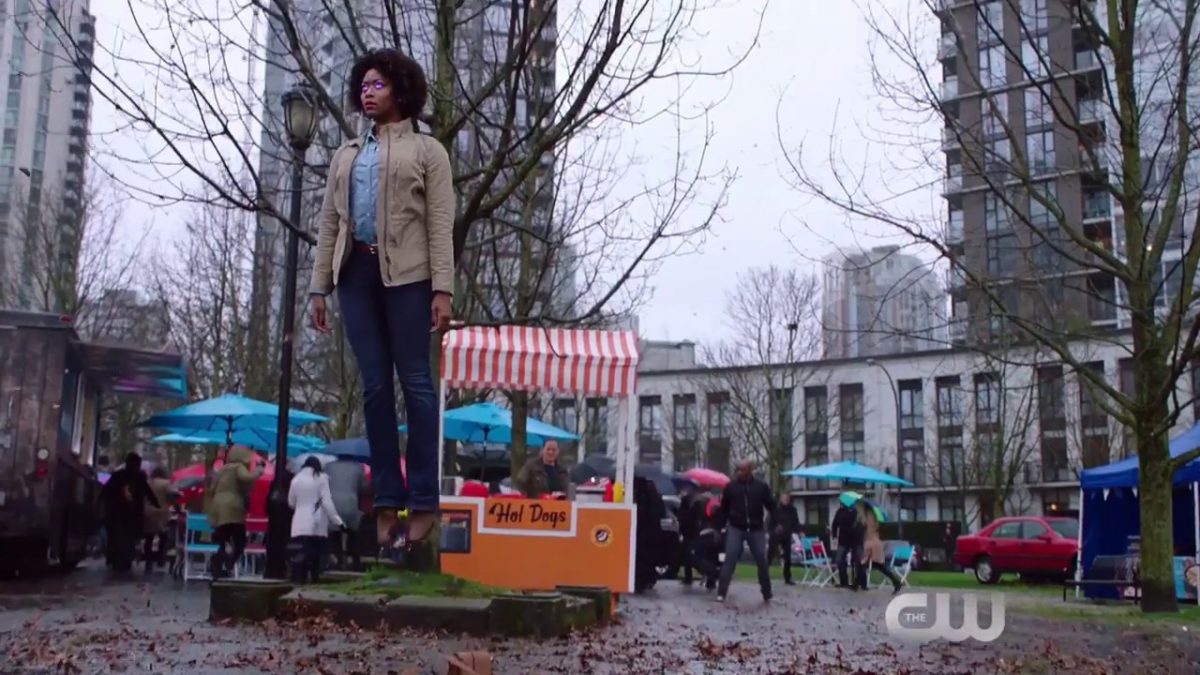 This episode at its crux is not a Supergirl episode. It’s truly a Guardian/James Olsen episode. With citizens showing as much fear to the Guardian as they do the thugs he saves them from; Olsen is facing an existential crisis. He is somewhat jealous of Supergirl and unsure of where he fits in the superhero world. When a telekinetic alien is sent into a rage fit, (later discovered to be due to the machine Rhea and Lena built disrupting their brain chemistry), Olsen finds her son and is the only one he’ll open up to. After sharing some moments with the boy and a pep talk from J’onn, Olsen receives some renewed faith in himself. Jimmy Olsen as himself, and not the Guardian, is ultimately the one who saves himself, Winn while rescuing a group of the Telekinetic refugee aliens from causing massive amounts of damage when the machine is reactivated. Great episode for Olsen and the acting and dialogue was great for him, I just personally felt his story took up an overwhelming amount of this episode’s run time. 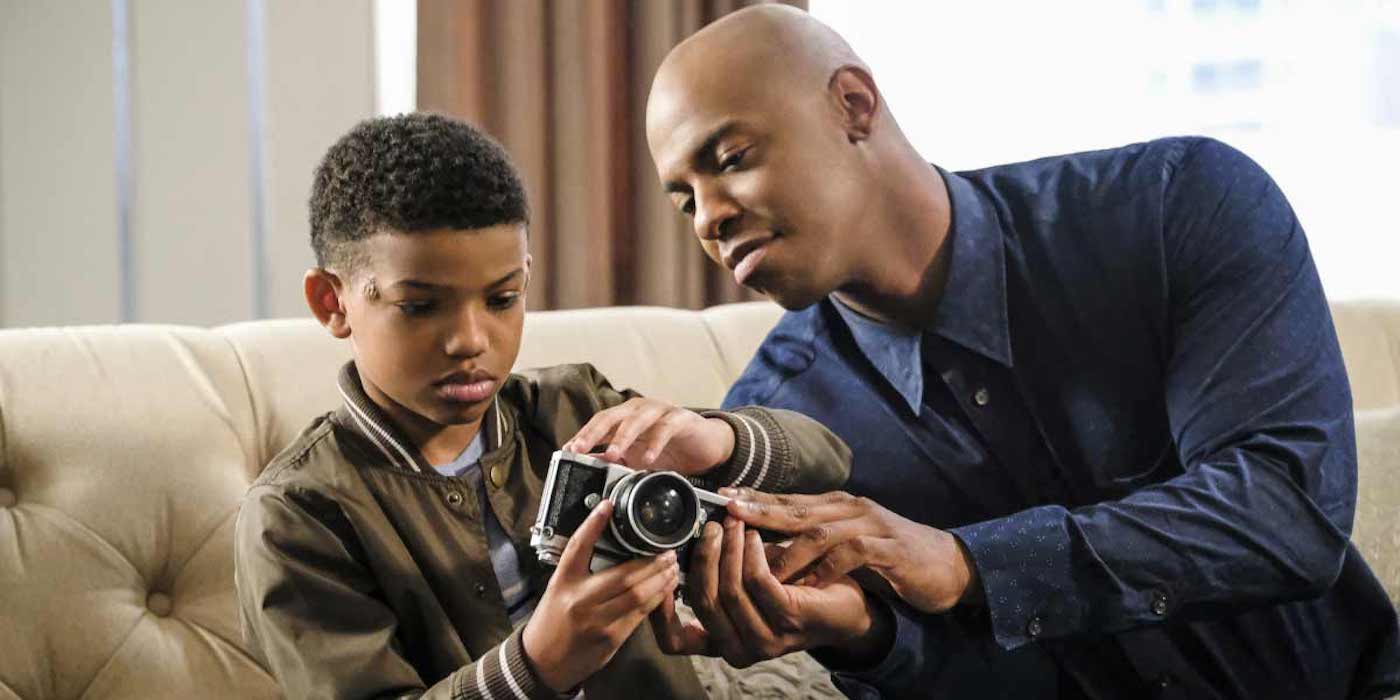 Another non-Supergirl character getting some significant development this episode was Lena Luthor.  We get to see a great, very normal moment at the beginning of the episode while Kara and Lena catch up over lunch discussing their childhood nostalgia of *NSYNC and the Justin/Britney relationship ( I would’ve been obligated to rank this episode higher if they had mentioned their denim MTV award outfits). We’re also given insight into what is spurring Lena’s affiliation with Rhea. Rhea is acting as a sort of pseudo mother for Lena, giving her pep talks, being positive and appreciative, making Lena beam ear to ear by telling her that she’s smarter than her brother Lex. It’s actually an incredibly nice bonding moment until Rhea goes psycho alien intercepting a phone call from Kara on Lena’s phone and threatening her. She activates their machine, and ultimately abducts Lena and Mon-El. It’s great to see Lena get more development and expanding her backstory the last few episodes. I hope they continue to expand the friendship between her and Kara even further before the eventual Luthor vs Kryptonian feud inevitability occurs between the two. 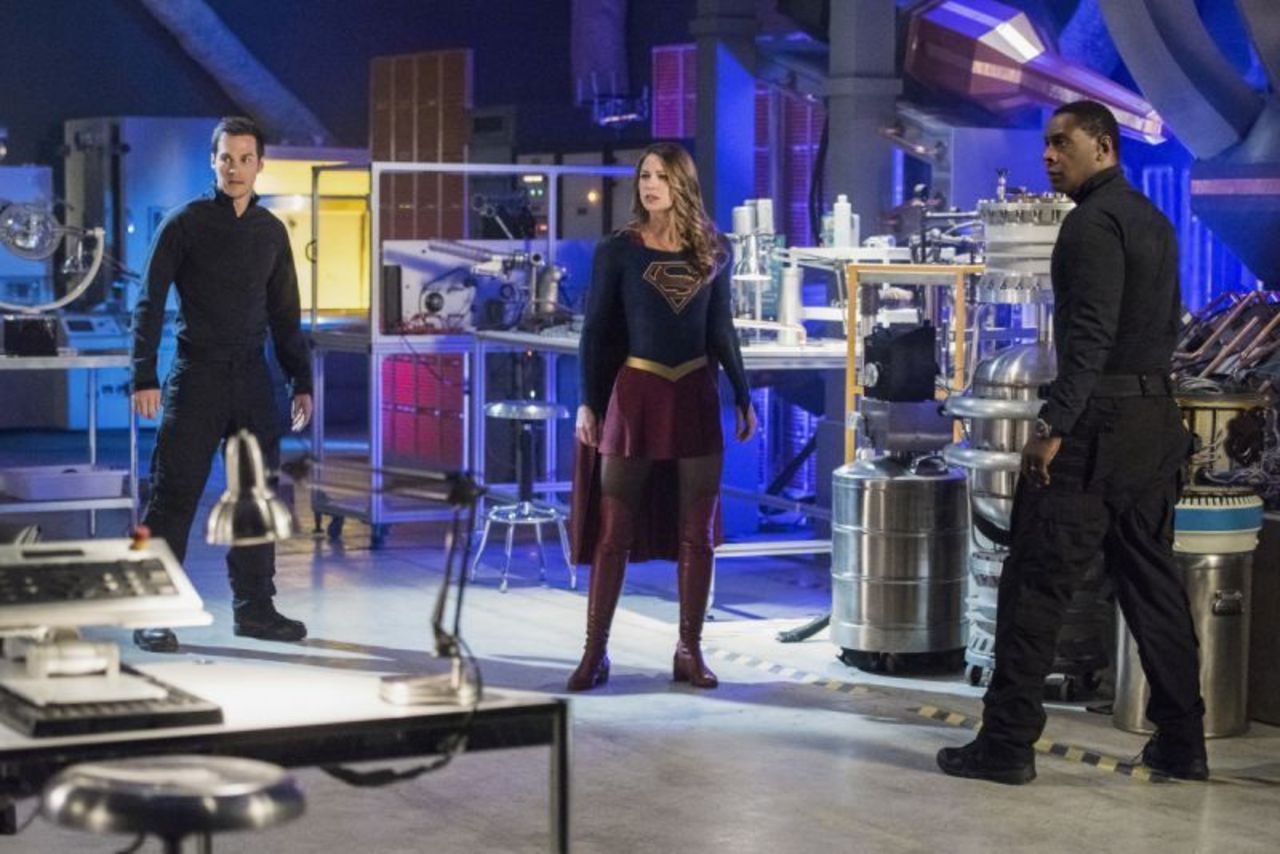 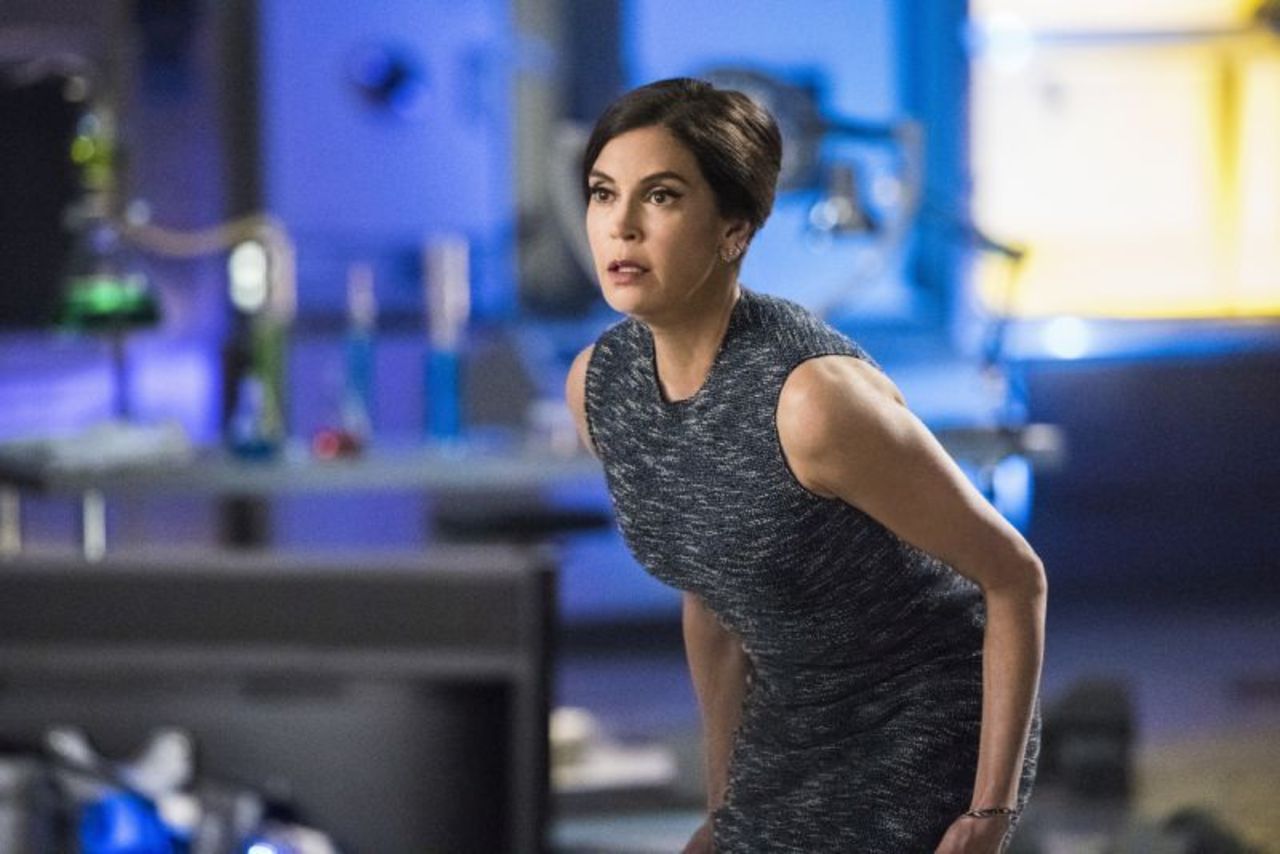 Rhea’s master plan, her goal behind baiting Lena into creating the machine is finally revealed. Her hatred for Supergirl over swaying her son from her grasp has not clouded her judgment from her goal but rather given it a more sinister focus. At the close of the episode, we see emerging through the portal a hundred or more Daxum ships, containing thousands of Daxumite citizens and soldiers. It appears Rhea has finally achieved her goal of finding a new home for her planet. In the process, it appears she might be creating a new world order. 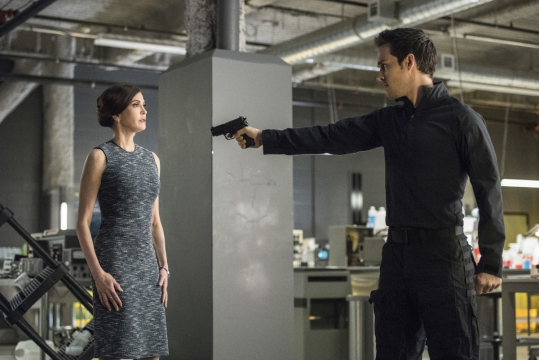 This episode was a great catalyst episode for me. It didn’t do much freestanding, however, it creates an amazing framework for the remainder of the season, and possibly even into Season 3. I’m very interested to see how the battle between Supergirl and her Justice Friends against Rhea and her Daxumite Regime. As the Daxum ships swarm the sky over National City it seems war is inevitable, but we are treated to one amazing surprise for next week, the return of Cat Grant! How will Supergirl battle Rhea? Tune in next week to find out, until then #keepitnerdy