As we quickly approach the close of Season 2, our favorite Kryptonian and her friends face adversaries they’ve never imagined encountering before. We open with non- stop action as Kara and her Superfriends battle the invading Daxumite Army creating scenes that could jump straight from the panels of comic books. Rhea’s diabolical plan is revealed to the captured Mon El and Lena Luthor. An attack reveals the true nature of Madame President, a common enemy generates an unlikely alliance, and most importantly we are treated to the return of the scene stealing, absolutely amazing Cat Grant! Setting the stage for a Season Finale of epic proportions;  this episode fires on all cylinders and keeps the adrenaline pumping from the opening title card, all the way to next week’s preview. One thing is for certain, Supergirl has evolved and grown exponentially since her move over to the CW, and every passing scene makes me even more excited to see what Season 3 has in store for us. 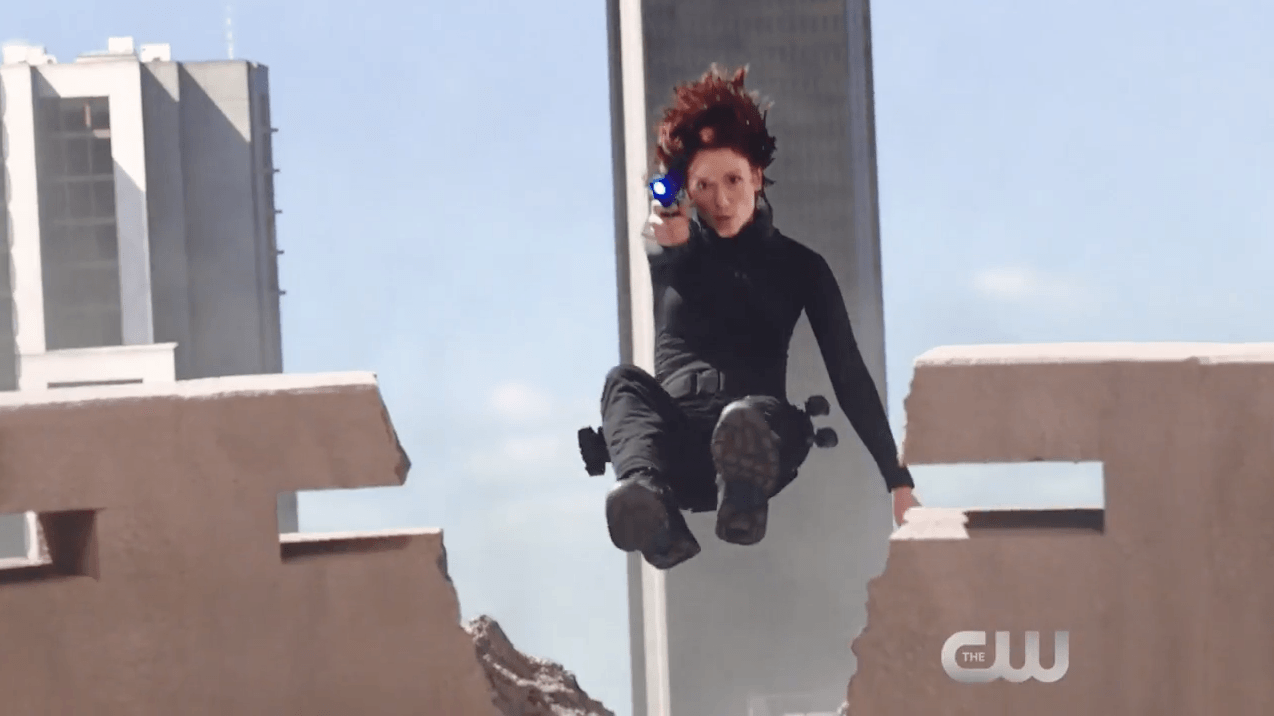 The opening act of this episode is nothing short of exceptional. We see our heroes battling the invading Daxumite Warriors all across National City. Guardian swinging his shield in the middle of the street invasion to rescue citizens. Maggie, channeling her inner Sarah Connor, protects the police department with an incredible shotgun but still takes the time to call and check on Alex. Acting director of the DEO, Alex helps fend off the invasion while evacuating her agents, fighting up to the top of a roof, and executing the most bad ass jump turn and shoot move paired with a leap of faith only to be caught by her sister. As the group fights their way to the alien dive bar, establishing an off the grid pseudo DEO,  our team is met by Lilian Luthor, hoping to join forces to rescue Lena in a very enemy of my enemy is my friend set up, but our team initially greets Captain Cadmus in a less than friendly manner. 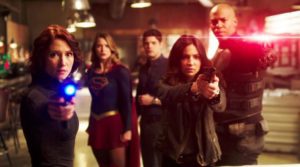 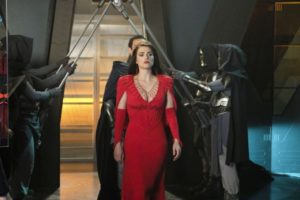 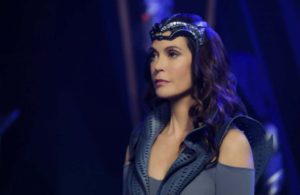 We become privy to Rhea’s grand plan behind the portal allowing the Daxumite brigade to come into National City. Besides the obvious invasion of a planet that contains a suitable environment for her people, Rhea also strives to broker a unification of the two societies through an arranged marriage between Mon-El and Lena. The duo obviously scoffs and rejects the notion, but then Rhea gets even more creepy and sinister as it is revealed that the desired heir that should unify the species doesn’t even require consent from Mon-El and Lena. The Daxumite’s have the technology to create a child from DNA samples, which she collected in the form of hair from the two while they were sleeping. Up until now I had been really underwhelmed with the usage of Rhea and the reasons behind her motivation. But,  the manipulation of Lena, the over the top creepy ‘against your will’ marriage, and child heir scheme has moved Rhea officially into a far more heinous villain than Astra and Non were for me. It was nice getting to see Lena not be a ‘damsel in distress’ during the imprisonment on the Daxumite ship, as she steals one of the guards guns and begins shooting to try and escape. In fact, Mon-El was actually the closest to the damsel with his defeatist attitude, and doing next to nothing until Supergirl shows up with Lilian and RoboHenshaw to save them. 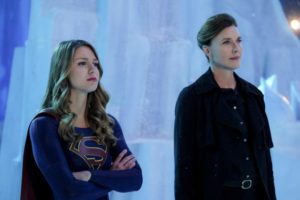 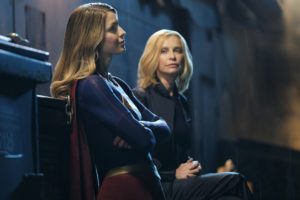 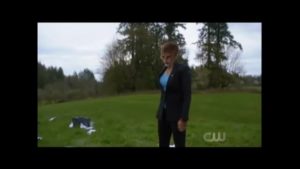 In the midst of the battle, we see the return of one of the shining stars of the show Cat Grant herself! Calista Flockhart makes a memorable appearance complete with her snarky pop culture references, and motivational speeches to both Supergirl and National City. We also allow the cast to see that the President is actually an alien, a reveal we encountered in previous episodes. We’re treated to another wonderful scene between Alex and Supergirl, with a touching embrace and a warning to be safe and quick (as fast as a speeding bullet quirky line also inserted here, which was a nice touch). The chemistry between the two actresses has always been one of the most powerful aspects of the show. With the President’s anger at Daxum’s attack, she authorizes Alex and Maggie to break into the invaded DEO to activate a powerful laser cannon to destroy the spaceship. Lilian, Lena, RoboHenshaw, and Mon-El escape, but as Alex is preparing to fire the laser, she is informed that Supergirl stayed on the ship. Supergirl staying, because, well, she’s Supergirl and has to give her would be Mother-In-Law a shot a redemptive surrender, and well, because if they blew up the Daxumite Queen it would just be over. Rhea not only doesn’t surrender but the cannon is destroyed by another Daxumite ship. Rhea reveals a secret weapon to the audience and to a shocked Kara, her cousin, Superman. 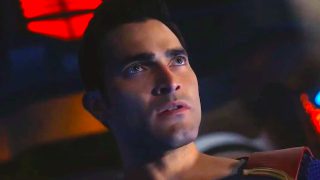 This episode was filled with action, and the threat of impending doom on National City. The tail end of the episode sets us up for a very intense Season Finale. One can only presume that Rhea used some sort of mind manipulation technology on Superman, which will give us an awesome Superman v. Supergirl battle of the Titans fight. We also know from the preview for the Season Finale that Supergirl will fight Rhea for the fate of National City. Running off the momentum of this powerful episode, I cannot wait to see what they have in store for us next week for the Finale! Until then #keepitnerdy