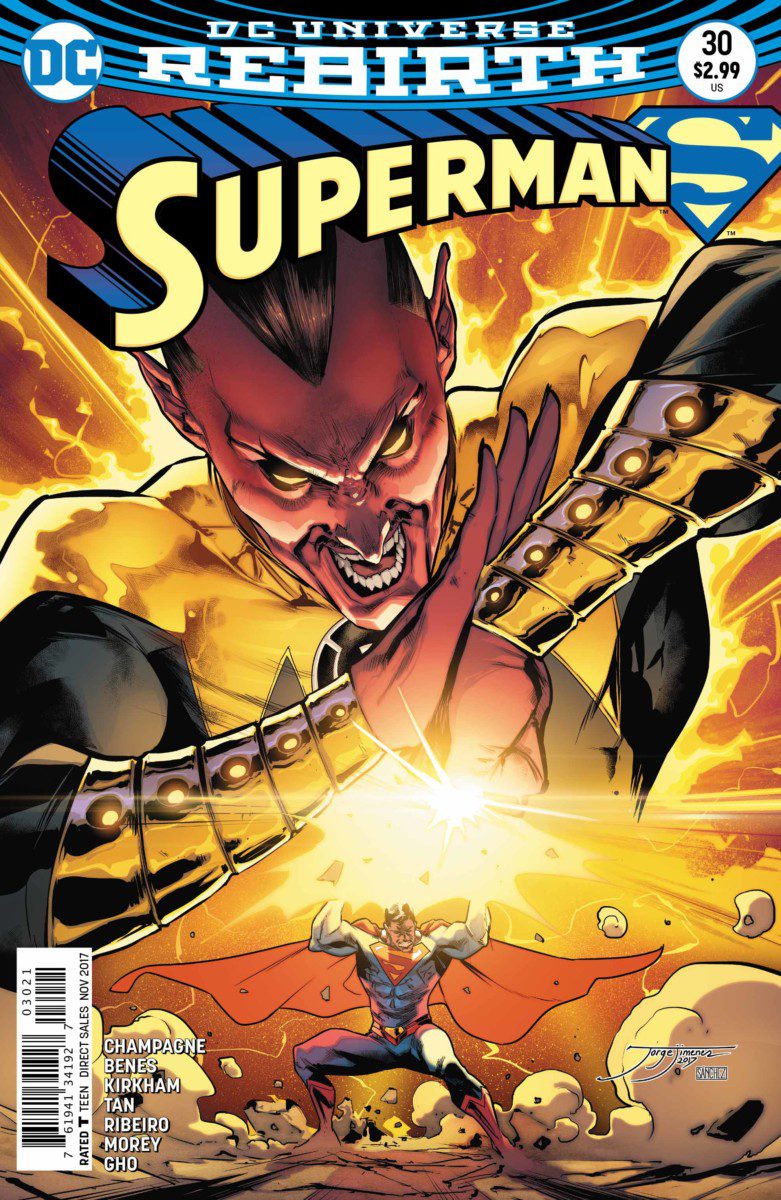 Parallax, in a bid to flee from Sinestro’s control, has taken over the body of the man of steel and is sending both of them hurtling to the ground. As Parallax is about to get the upper hand in the fight, they are transported to an unknown location by the Weaponers of Qward, who take him prisoner in order for Sinestro to extract the parasite from the hero and return him to Sinestro’s ring.

As he holds Superman prisoner beneath the planet and away from the yellow sun, Sinestro attempts to pull the parasite from his body by mining 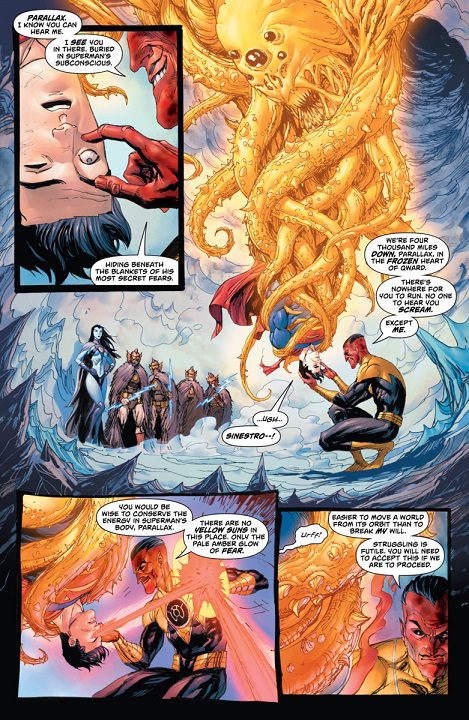 Superman’s deepest fears. As Parallax moves from body to body in an attempt to escape, Sinestro becomes more and more sadistic in his means of capturing the parasite, prompting Superman to take on the demon head on in order to remove it and Sinestro as threats.

This conclusion was pretty short plot-wise. There were some interesting vignettes into the fears of Superman, but other than that, not much to really sink one’s teeth into. Champagne managed to end this arc smoothly, but there were few stakes to be had in it. The art was well done and there was a seamless transition between the artists so that there wasn’t a jarring visual change that took you out of the story. Overall, the issue was fine for what it was without breaking any new ground.