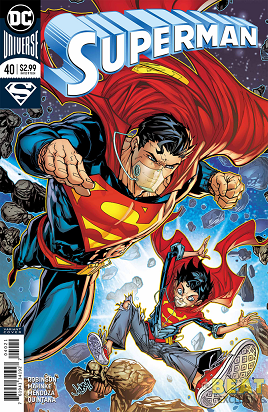 It is the anniversary of the destruction of the planet Krypton and Clark and Jon are marking the occasion at the Fortress of Solitude. As they continue to mark the event, Superman gets a notification that there is another planet getting ready to meet the same fate as Krypton and father and son decide to try and help the residents of the planet escape the fate of their doomed world.

As they make their way to the planet, they come upon the locals and let them know what is happening in their world. The locals give Superman the 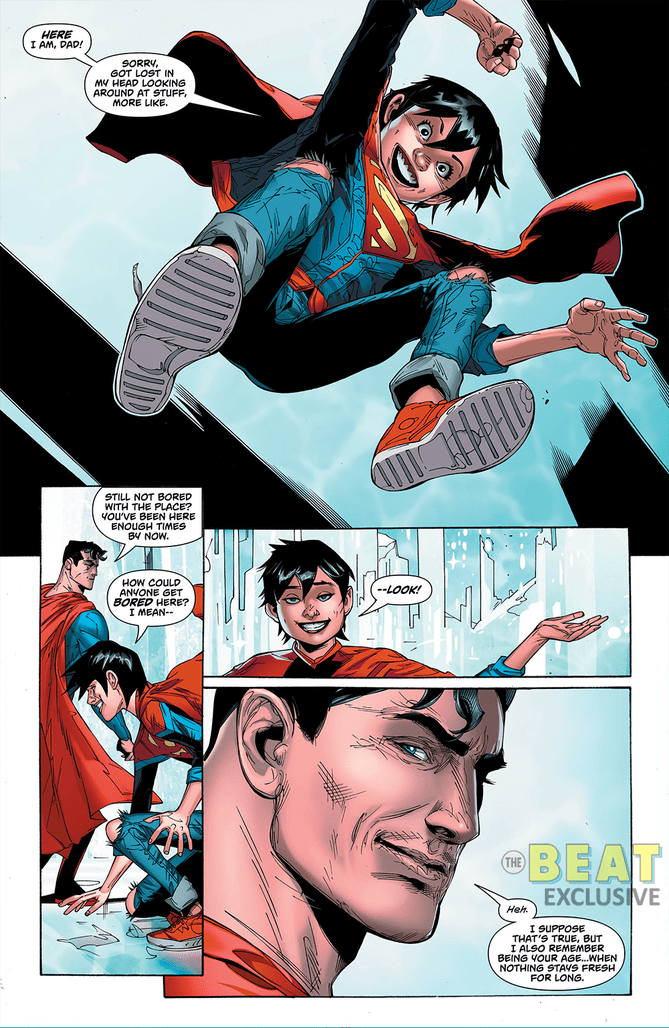 option to leave, knowing the fate of their planet. They decide that the planet and the people will count on their faith. Something that Superman disagrees with vehemently. Unfortunately, the inhabitants have the ability to suppress Clark and Jon’s powers and that act leaves them vulnerable to attack. Clark and Jon manage to escape, but they don’t have enough strength to leave the planet. As they try and find a means to leave, a rogue scientist on the planet helps them in exchange for their help to save the planet.

This was a good issue. It hit all the buttons that make an effective Superman issue. It deals with Clark’s guilt about being the last of his kind. It makes an effective use of the father/son relationship between Clark and Jon and it does a good job of setting up a conflict that is personal to Superman while also challenging him emotionally as well as physically. The art is well done and there are some great dramatic lines and details that denote the serious tone of this issue. The issue moves a little too fast at moments, but it is still enjoyable to read.