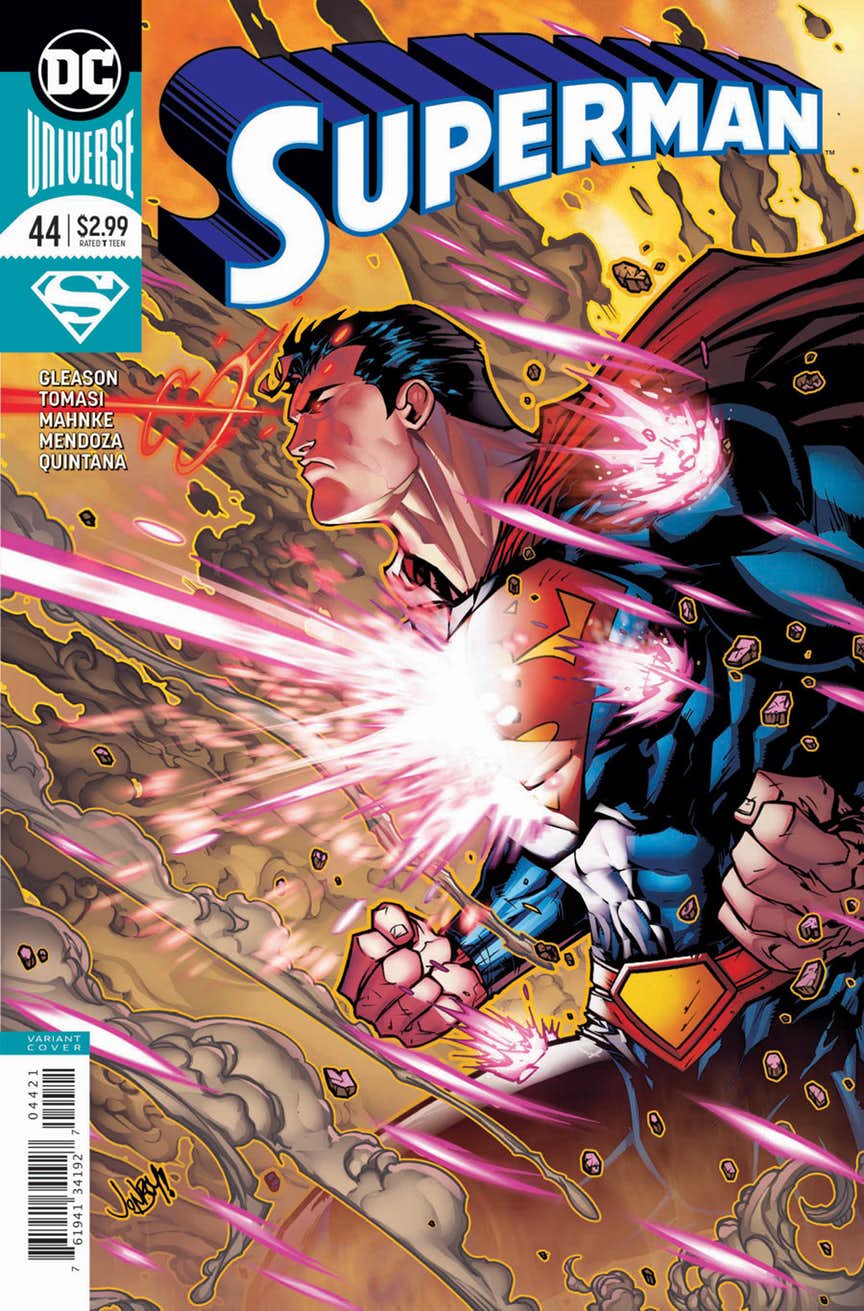 Superman and Bizarro are fighting it out on the surface of the BizarroWorld moon or “Noom” and Jon’s friends are reading massive shifts in the continental plates on the planet below as well as indications that the planet itself might be about to implode.

As Hawkzaro makes his way to the kids, he has some news that needs to be conveyed. Sensing what’s about to happen next after talking to Jon, Superman orders the portal to be repaired and for everyone to get to safety. The kids think they might have a way of saving the planet itself and they tell Superman about it as he continues to try to talk sense into the rampaging Bizarro.

Superman tells Jon to put his plan in motion and he tries one more time to convince Bizarro of the reality of what’s happening around him and to his planet. Jon goes after the Legion of Fun in an attempt to rescue the BizarroWorld versions of the Justice League, the Super Foes. As the planet continues to collapse, there is a moment of heart at the end of the issue that I wasn’t expecting and the ending itself was both bittersweet and hopeful.

This was a good issue. I enjoyed both the visual style and narrative a lot. There were some great character moments for one of Superman’s most misunderstood villains and the events that lead to the conclusion of this issue are bittersweet and interesting from a story perspective.