Superman: The High-Flying History of America’s Most Enduring Hero REVIEW 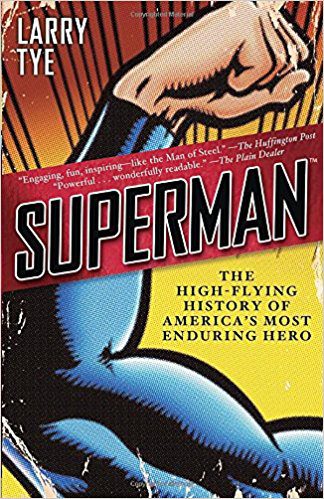 Superman: The High-Flying History of America’s Most Enduring Hero

While other heroic figures decorated the pages of pulps for more than a decade before the arrival of the Man of Steel, when the Last Son of Krypton arrived on Earth in April of 1938 he brought more than just truth, justice, and the American way. Since that fateful spring over 75 years ago, Superman has changed both American culture and even the world itself. Biographer and journalist Larry Tye explores the origins of the Metropolis Marvel in Superman: The High-Flying History of America’s Most Enduring Hero, published by Random House. Clocking in at over 400 pages, this exhaustive biopic chronicles the origin and adventures of Superman not in the pages of a comic book, but through the lives the creators, publishers, contributors, and shameless profiteers that cemented him as a part of the world’s consciousness.

Beginning with the early years of creator Jerry Siegel, Tye paints a sympathetic picture of the iconic creator. Siegel’s early years mark him as a pariah, even among the other Jewish immigrants among the working-class Jewish neighborhood in depression-era Cleveland. Tye’s narrative describes Siegel as a stereotypical nerd whose only solace lay in the pulps and strange stories he found on the newsstand. It is a chance encounter with Joe Schuster that would launch both of them up, up, and away.

But like their creation, the creators didn’t fly from the first page. It took leaping over tall building and other obstructions before Superman took flight – and even then, only at the hands of a profiteering pornographer. Superman’s beginnings far more complex than four-color panels can portray and these early days would complicate the lives of Siegel and Schuster unto their dying day.

As High-Flying History enters its central narrative, Tye focuses on the evolution of the iconic hero. Not only his growth across cheap newsprint pages, but also his transition to radio, animation, serial, television, and film. This cast of characters includes all the icons who dawned the blue and red tights – though Kirk Alyn wore brown and grey due to the black and white technology of the time. Continuing to show the complexity of Superman’s history, Tye doesn’t paint these actors as two-tone gods. From Bud Collyer’s uncanny ability to modulate his voice for the dual portrayal of Clark Kent and Superman to George Reeves telling the producers of The Adventures of Superman to “Go shit in their hat,” the complexity of these men undoes the simple assumptions so often associated with both the Big Blue Boy Scout and his portrayers.

This layered presentation of the character and those who presented him to the world serve as the perfect gateway to a central theme of Tye’s work. Tye presents the argument that the reason Superman has endured for over seven decades is that he has adapted for each new generation. While there is a natural tendency to knee-jerk against this because of the Man of Tomorrow’s reputation as steadfast symbol of timeless values, Tye puts forth ample evidence to support his theory. Superman’s evolution is shown through the course of the narrative when Tye cites subtle changes in Superman’s implicit political ideology and his ethical growth right alongside the addition of new powers that weren’t originally present. As patriotism swelled to its zenith during World War II, Superman evolved from a more vigilante-like character who stood up for the little guy no matter what to a supporter of law enforcement, the government, and law and order. 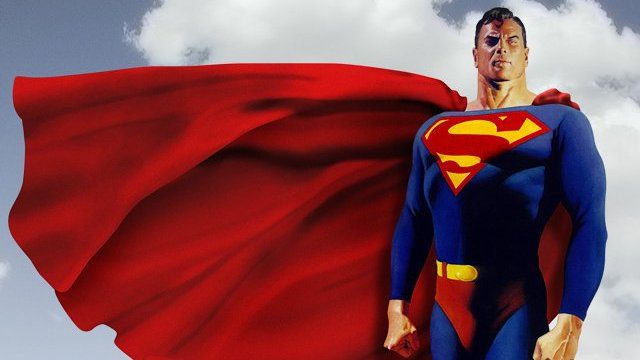 This conjecture naturally leads to discussion regarding Superman’s impact on American values and pride. Superman comics were standard issue to G.I.s fighting on both fronts during World War II, and simple-text Superman comics were used by the United States Navy to help increase literacy among sailors of the day. Tye spends ample time discussing Clan of the Fiery Cross, the sixteen-part serialized radio drama where Superman takes on the Klu Klux Klan. Superman’s impact on the KKK was profound, including using real-world Klan codes and passwords – much to the frustration of Klan members of the day. Producers said it was Superman who assured that children listening to these broadcasts would never grow up to burn a cross.

Naturally, Tye explores the 1978 film extensively. He delves deep into the many aspects of the film’s production. From the financial machinations of the silver-tongued Alexander Salkind to on-set stories of Margo Kidder’s tendency to pluck the metal codpiece of a young Christopher Reeve, much to his consternation. Less time is spent investigating the film’s sequels, though the diminishing returns of the franchise are a subject of discussion.

As Tye draws closer to the modern day, his investigations become less detailed. Bryan Singer’s Superman Returns is given a few pages of discussion, and Smallville little more than a few paragraphs. In these iterations of the legend, Tye continues to hammer home how each Superman is altered to suit the generation of the time. Alyn and Collyer for the Greatest Generation, with their earnest expressions of the Colossus of Krypton’s unerring sense of right and wrong. Reeves gave the Baby Boomers a champion for the American Dream of a home with a white picket fence. Reeve gave then-young Gen Xers someone to believe in during an era where moral relativity had become the order of the day. Welling proved that uncertainty did not prevent young would-be heroes from doing the right thing – whether they were from Krypton or Kansas.

As the book comes to a close, Tye swings back to the origins of the Strange Visitor by checking in on Siegel and Schuster. The waning pages of the book reveal the toll that constant litigation and bitterness had taken on the pair, especially on Jerry Siegel. As he discusses their passing, Tye tells a sorrowful final act before the current finally falls on two men who would change the world with four color panels and a timeless hero. 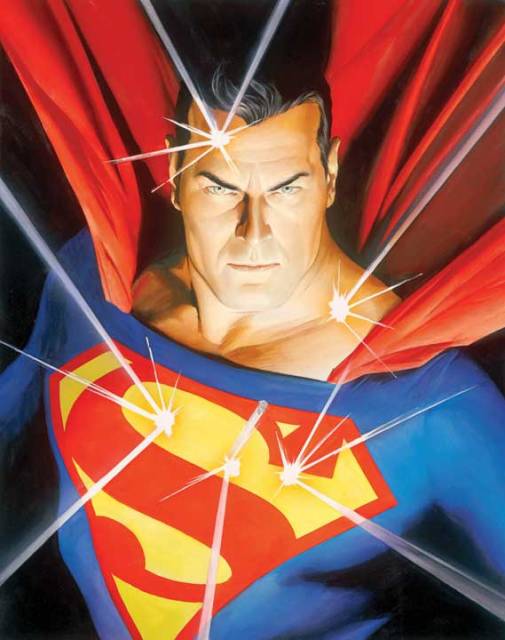 If a single word could be used to describe Superman: The High-Flying History of America’s Most Enduring Hero that would be affectionate. Tye, thought striving to cling to his journalistic roots, is unable to hide his love for the Superman and all the endless mythology surrounding him. This love doesn’t prevent Tye from discussing the seedy backroom business done to perpetuate the franchise or how more than once Truth, Justice, and the American Way were cast aside in favor of the All Mighty Dollar.

Though through it all, it is Tye’s affection that prevents the reader from losing faith in Superman. The green Kryptonite of greed and jealousy, though able to wound Superman, never truly defeat him. At the time of its publication, Man of Steel was in production. Tye sites this then-future film as a sign that Superman has a bright future, and because he is a Man of Today regardless of the era, he will always remain the Man of Tomorrow.

Superman: The High-Flying History of America’s Most Enduring Hero is available in hardcover, softcover, digital, and audiobook formats. Its combination of facts and affection, along with a brisk pace in spite of its large page-count, make it almost obligatory reading for anyone who has ever believed a man could fly.