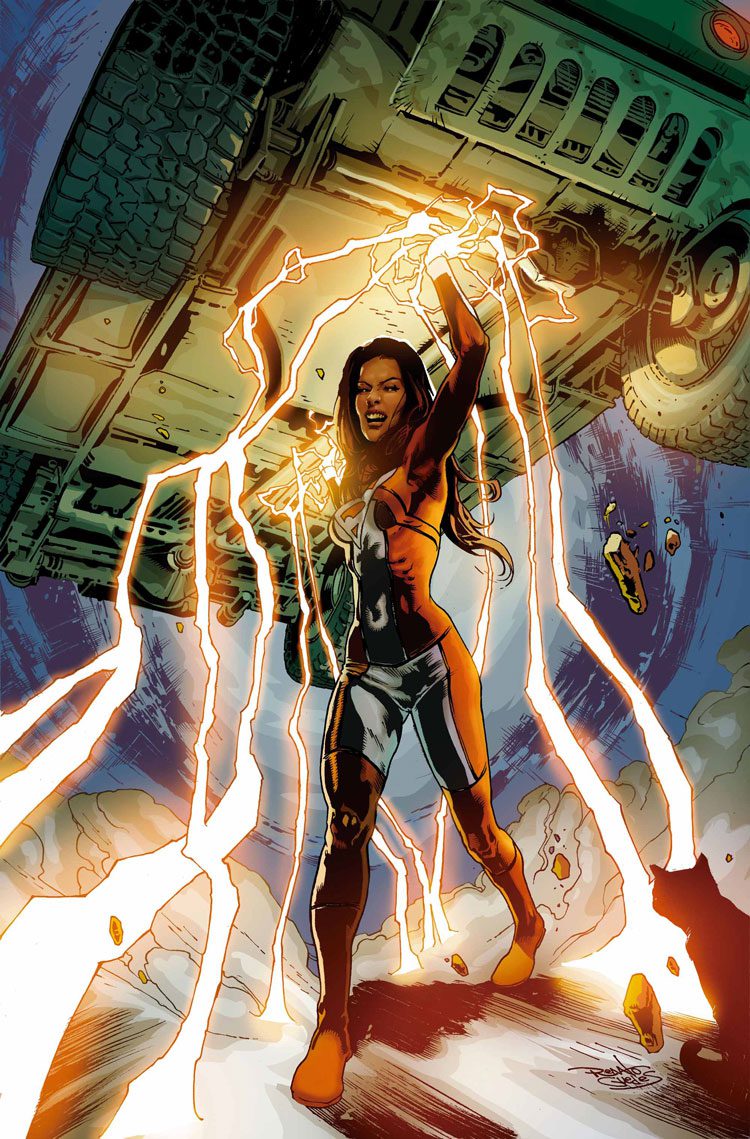 Superwoman #9 wonderfully captures the strong voice of Lana Lang. Lana calls out Superman for trying to use emotion to manipulate her into doing something she said she wasn’t ready for. Regardless of being a friend, a hero, or a man, having Lana name the emotional manipulation that Superman attempts is an excellent way for writer K. Perkins to set the tone of her Superwoman. Perkins uses the well trod story device of having a character (Superman) take another character (Superwoman) through a series of observations to see how meaningful their life is. But the significance of this is not that Lana realizes how important she is, the significance is that Lana realizes she being manipulated and does not going to stand for it.

This strong, confident, and aware character is an excellent beginning for Perkins. K. Perkins joins the series at a time when the character and the book needed to find their voice and direction. After a strong opening start to the series, Phil Jimenez finished his “Who Killed Superwoman” arc with a lore heavy finale against Lex Luthor’s sister. The arc ended with a narrative rich in Superman mythology, but it also grew less accessible for new readers who came to the series after the Rebirth event. Issues #8 and now #9 tie into the timeline changing events of the “Superman Reborn” storyline from both Action Comics and Superman. The ultimate result  is that Lana no longer has part of the New 52’s Superman essence and as a result is powerless. 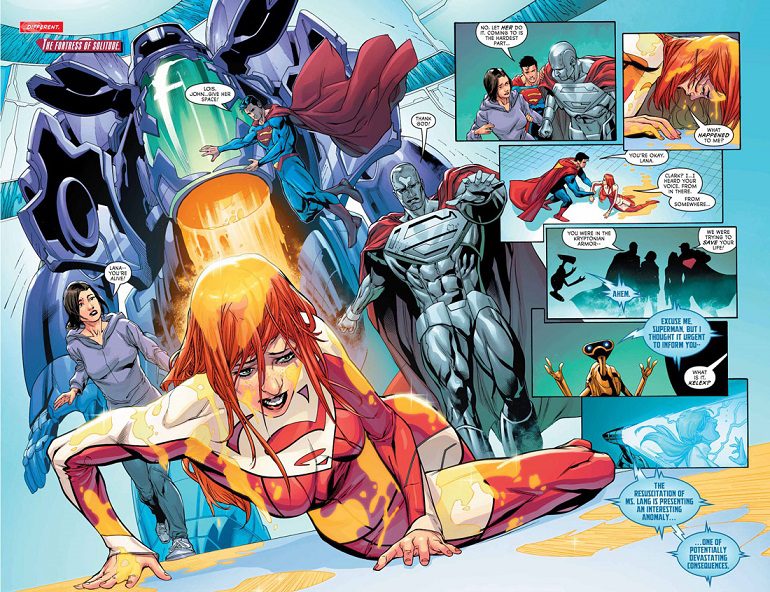 Rather than predictability having Lana miss her powers, K. Perkins crafts a Lana Lang that is relieved at not carrying that burden, but feels guilty about feeling relief. Perkins scripts Lana in a way that makes her more human and easier to identify with compared to so many super hero characterizations. Lana’s grief and guilt result in isolation and lashing out at loved ones, both very human emotional reactions.

In addition to K. Perkins’ new beginning with the character, artist Stephen Segovia joins the title as well. Segovia’s art is an expressive new direction for the series. Segovia’s facial detail and use of body language in illustrations captures the emotional tone and heart that Perkins creates. This exciting combination of art and emotion is an excellent beginning to the new creative team and for the series.

The humanity that writer K.Perkins captures for Lana Lang makes the naming of Superman’s manipulation all the more important. It is a confrontation between friends that is earned both by Lana and the reader. Perkins creates a Lana Lang that chooses to be a hero, not because she was gifted with powers but because she wants to help people. This new powerless Superwoman is a great starting point for any reader interested in solid characters. Readers turned off by the direction the last arc took will find a welcome return to a passionate and powerful new Superwoman.