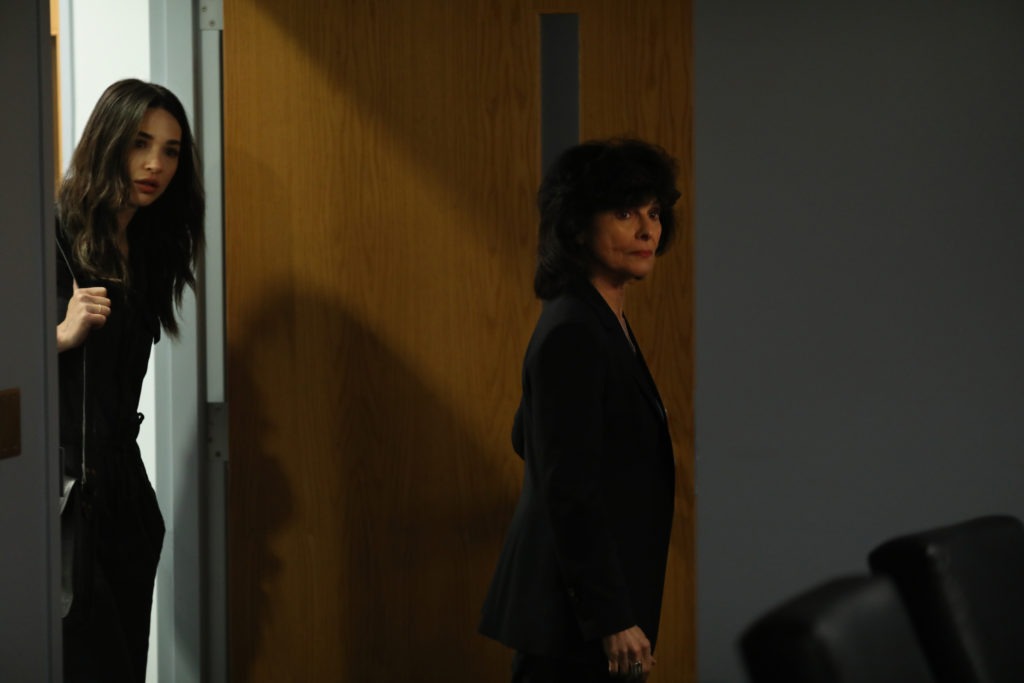 Let me get this out of the way right off the bat. Swamp Thing doesn’t fully appear in this episode until the 21-minute mark. I usually save his bits for last as he’s barely on the show that bears his name. A complaint that’s common on social media and many reviews, including my own.

It’s a fair gripe to have. In my case, I’ve been wowed so much by the supporting cast’s acting performance that I decided to overlook the glaring absence of Swamp Thing and instead, focus on the story unfolding onscreen. Overall it’s been very good, but not without a few bumps in the road; sadly Long Walk Home makes residence in the scrap heap.

The primary reason I was disappointed in this episode was it felt so uneven. The first half just drags along. I’ll give it credit for providing a fair amount of backstory, especially with Avery Sunderland (Will Patton). Struggling for survival, Avery takes a miserable trip down memory lane in the form of visions. He’s stated previously, along with his daughter, the swamp killed his father. Here we see just how that happened and as much as Avery hates the swamp, it may actually despise him even more. It’s hard to dislike any moment where Will Patton is the main focus because he’s exceptional in this role. Unfortunately, during all this, we are subjected to a scene that may have the worst visual effects of the series thus far. That turned out to be a big turn off.

Abby (Crystal Reed) has returned to the CDC in Atlanta where we get a nice guest appearance from Adrienne Barbeau who plays her boss Dr. Palomer. She proves to be a difficult woman to work for, as it’s later revealed she serves Nathan Ellery (Michael Beach) of the Conclave. Despite being a small part, it’s great to see a nod to the original Wes Craven film by casting Barbeau, who was the first person to portray Abby Arcane.

The problem here seems to be, while the acting is good, the pace is slow. For the most part, just toggling between Avery and Abby. There are other threads interjected into the show, namely Matt Cable’s own daddy issues, but it was shallow, not enough there to make it interesting. With the titular monster MIA and no jump scares waiting around the corner, the minutiae begins to wear you down. The back end, however, has the goodies we’ve been waiting for.

Swamp Thing steps in to save Avery and with that, falls victim to false promises. Or are they? Just when you think being double-crossed has made Avery soft, Jason Woodrue (Kevin Durand) plays devil’s advocate, returning Avery to his villainous ways. You can’t teach an old dog new tricks, especially when you wave a fortune in front of his face.

Swamp Thing’s action sequence isn’t long but allows for his powers to be on display. Great to get a taste of that albeit only in a little dose. The hardcore fan base will be happy with the show’s ending, as it signals an adaptation of a comic book classic The Anatomy Lesson. Originally told by Alan Moore, Stephen Bissette, and John Totleben in Swamp Thing Volume 2 #21, the story is one, if not the most, important chapters of Swamp Thing lore. This is exciting news, just be prepared for Swampy spending the majority of the next episode on ice.

So while this installment started out dull, it set the table and ended with a bang. As it’s been with my experience, whenever Swamp Thing sinks, he rises once again to tear my heart out. Next week is the perfect opportunity to do just that.