Taking The Fight To Mobile – Transformers: Forged to Fight Demo and Interview

Due to be release early April, comes the next mobile fighting game you need to install and obsess over, Transformers: Forged to Fight. For those of you familiar with Marvel: Contest of Champions, Kabam takes all that they have learned over the course of Contest of Champions and brings it to the Transformers franchise. While at PAX East, I had the chance to meet and talk with Forged to Fight’s creative director, Cuz Parry. 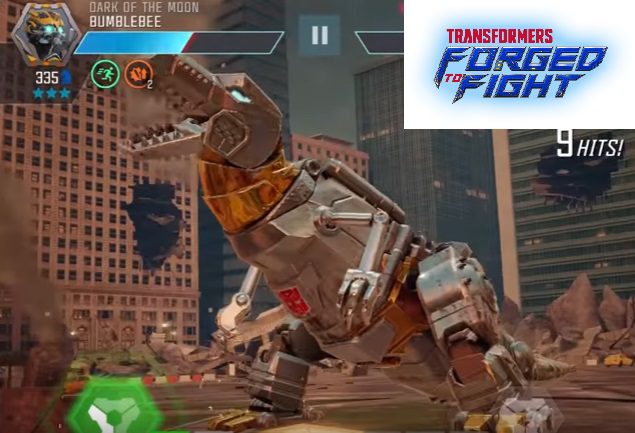 Naturally, upon talking about the Transformers I geeked out and had to share my love for the Transformers, specifically the dinobots. Having each of the dinobots tattooed on my arm, Cuz could see how excited I was to see Grimlock, the leader of the dinobots, is one of the many gorgeous characters in this fighting game. Now, this isn’t the blocky two-dimensional celluloid Grimlock from the G1 (Generation 1) cartoons, but a wonderfully rendered and loyal to the original character model Grimlock. And that is true for every character that I saw during the interview and demo. This game, much like Kabam’s Contest of Champions title, boasts an impressive starting roster of characters spanning three iterations of the Transformers; G1, Beast Wars and Cinematic.

But back onto the game itself, I asked Cuz.

GWW: If you are not a dinobot-enthusiast like I am (and bought into the game for that fact alone) what would bring people to play this game? 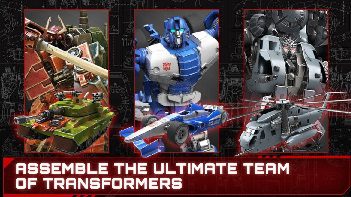 Cuz Parry: Enthusiastically answers, It’s an amazing fun and fluid fighting game, with tons of RPG leveling up and fun strategic things to do within the game, but at the end of the day, everyone is waiting in line to play the demo because it’s just fun.

Discussing the experience and success Kabam had with Contest of Champions, Cuz went on to explain how this game is different.

CP: But because we are doing Transformers, we had to make some… I’m not going to say changes, but the evolution of the fighting. If you think about the Transformers, they all have the pew pew pew, laser and ranged attack. Take a look at Grimlock; he even has a fireball attack. So if you think about it in Contest of Champion terms, you’re fighting on a 2d plane and shooting a blaster at you, you have nowhere to go and just getting hit. So what we introduced into Forged to Fight is sidestepping. You can move left (swipe up) you can move right (swipe down) opening up the 3d arena. 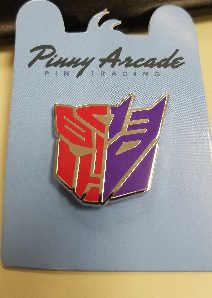 CP: Contest of Champions has been out for a few years now and the roster and content keeps expanding and growing and growing. The concept of involving Combiners (several Transformers form up to create one massive Transformer i.e. Devastator or Bruticus) has been brought up but it just isn’t realistic right now. It would be you fighting a foot of this massive ‘bot and that just isn’t fun. Now, could we include this in the future? Would we want to go there? It’s open and possible to go there, and with the length of the lifespan this game will have, who knows.” Kabam is all in on seeing this game last a long time, and make sure fans of Transformers, just like they are, get what they want. “And that’s the beauty of it; we have Beast Wars, Cinematic and Generations with the universes colliding.

Another area in which Kabam has evolved their fighting game is with the transformations, the signature and probably

most important feature of Transformers as a brand. Cuz details this for me.

CP: In the middle of combat, anytime, you can transform and that is your heavy attack. And it’s really fun. Depending on who you are, say if you are Optimus Prime you turn into a truck and ram into your opponent, or Starscream you turn into the plane and you back away from combat because he doesn’t want to be engaged, he shoots you with missiles.

From the demo and watching others test out Forged to Fight, you can clearly see the transforming mechanic not just being a gimmick or overpowered tool. Aside from having great animations, it really helps shape the combat giving it that fun factor Kabam wants from their game.

CP: Hasbro came to us, and they wanted a fighting game because we have a success in Contest of Champions so we know how to do fighting games. And so we talked with them; Can we make it make sense? And our mantra became “Can we have meaningful transformations? We have to have ranged attacks, and once we figured out how to do that, a light bulb went off and we were all just, “Let’s do it!” 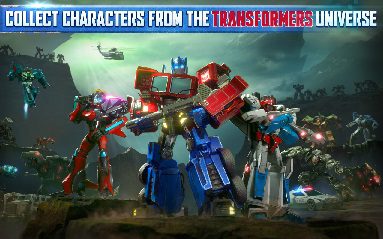 There were so many factors for Kabam to bring these three generations and making them all work together. Cuz goes on about the challenges the creative team faced.

CP: A big part for the art director was, how to make them mesh? How do we update the Generations? How do we take the complicated-ness of Cinematic that is over the top? With Beast Wars, Rhinox as an example, back in the day doesn’t look as good as we have him, and that is simply 20 something years of technology and art making him look better but still the same.

Let’s face it, they are combining a cartoon from the 80s, with late 90’s animation and super high end CGI from the 2000s. But this all works and appears to be a part of the same world. Which bleeds into the overall story of why these three realities colliding. These realities don’t know each other or have a shared history, so Kabam gets to play with that. You can have a team of all Optimus, (Optimen? Optimi? Optimal Optimus?) and this isn’t just the same character with different skin for their various realities. You have Generations who is a leader and comes with those abilities and he differs from Cinematic who is more of a brawler, a warrior type. Getting off topic, Cuz and I start to joke about the characters that some people won’t get simply because they aren’t from the Generation’s era, like they will only know Bumblebee as a Camaro from the new movies and not the Volkswagen Bug simply because some people just won’t know what a VW Bug is. Or Soundwave, trying to explain to kids what cassettes are or even a boom box for that matter. 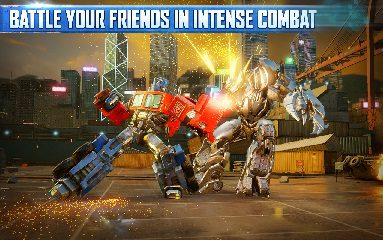 Kabam sees this as faction agnostic game so you can have Soundwave and Ironhide on the same team, or you can see Optimus fighting Bumblebee, which they thought was a really cool and intriguing unique idea they had before we saw the trailer for Transformers: The Last Knight. But that will just help this game in the long run from exposure and the want to fight that battle yourself. With such a large roster available to them now and in the future, they wanted to insure every character gets used, not just your favorites or the more leveled up ones leaving behind lesser characters to not even be used beyond when you gain them. The gameplay will have you setting up characters as a gauntlet to defend your base from attacks, utilizing every character they bring to the game.

A final word from Cuz Parry imploring you.

CP: Please play the game, it’s really awesome. Play the game and let them know what you want to see in the game.

You can check out their exciting new trailer on YouTube here

TRANSFORMERS: Forged to Fight is a new 3D action-fighter and character collection game that gives players access to nearly every era of the franchise’s history, challenging gamers to assemble the ultimate team of Transformers characters, including Autobots and Decepticons from the animated TV series, blockbuster films, as well as fan-favorites from the Transformers comic book series and Hasbro’s line of iconic figures. As fans assemble their team, they will forge alliances, battle other players and dive into a unique storyline that goes beyond good versus evil.