Hey there everyone, welcome back to another edition of Tech Brew. This week I’m a day late on publishing, but that isn’t a bad thing as it gave us time to get some interesting and expensive news from Intel to go along with the major news from AMD this week as well.

Starting with what AMD announced this week, we get official pricing confirmation and other base stats for the Ryzen 5 series of CPUs. There are two 6-core, 12-threaded parts and two 4-core, 8-threaded parts announced, and the budget oriented content creator and gamer may have something very interesting to look forward to if the 7 series of CPUs from Ryzen are any indication on just how well the 5 series is going to perform. 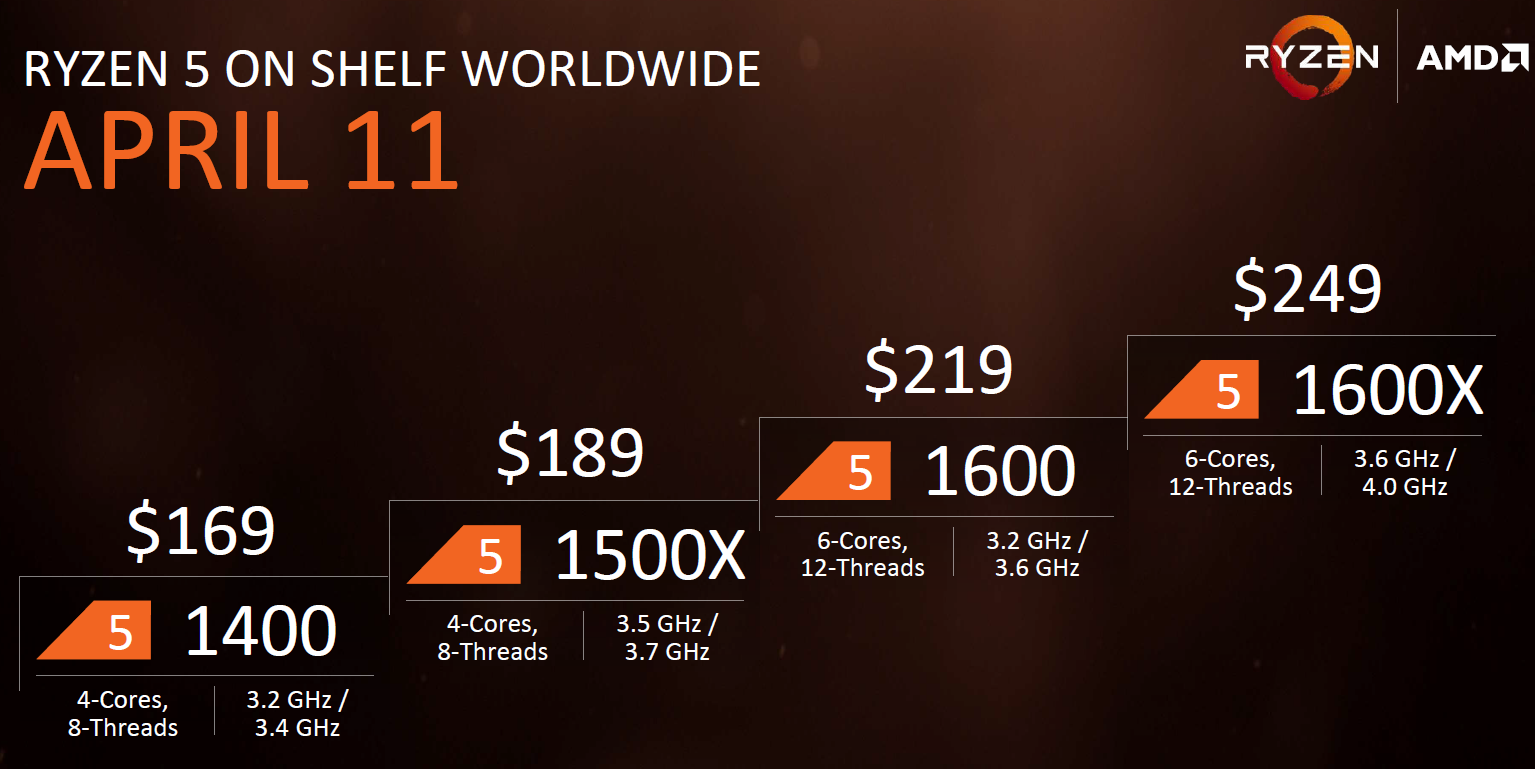 On April 11, AMD will release into the wild a quad-core, multithreaded CPU for $169 and their top end 6-core, hyperthreaded part will retail for $249, which competes directly with the Intel Core i5 at the top end, and the Core i3 on the bottom end. Based on the productivity performance shown by the Ryzen 7 CPUs, I’m going to expect the trend to continue with these being great budget oriented parts for the entry content creator or work station with a multifaceted use case like myself, and still perform under their Intel counterparts. The real question that comes with these chips is if they will over clock better as there are lower core counts and AMD had already confirmed that for the 6-core parts, one core on each CCX was going to be disabled, leaving three cores per CCX instead of all four as the Ryzen 7 chips have.

Have you seen this:
Review in Progress: Lenovo Legion 5 - AMD Powered Goodness

Along with the pricing, we get details on base/boost clock speeds, and we even got information on packaged coolers coming with these CPUs as well. It’s worth noting that the Ryzen 5 1600X will not come with a stock cooler since it’s assumed that someone purchasing it will want to put a better-than-stock cooler on it, but the Ryzen 7 1700 did come with a cooler, the Wraith Spire.

What intrigues me about this line up of CPUs is the idea of having an overclocking motherboard like the MSI B350 Tomahawk and the Ryzen 5 1600X or 1500X and having a very capable price to performance alternative that, for the price, might beat what Intel has at the same price point. Not to mention I doubt there will be a massive fall off from the Ryzen 7 chips to the 1600 and 1600X in terms of productivity performance.  While some may have tested this in theory, looking at you Linus Tech Tips, it won’t be long before we will know for sure.

Switching from Team Red to Team Blue, Intel announced over the weekend their first Optane SSD, the Intel Optane SSD DC P4800X, a 375 GB SSD coming in at $1520 ($4/GB).  Now, before you freak out about the price, the first thing to take notice of is the “DC” on the name, short for Data Centers.  That price should also be an indicator it’s an enterprise focused drive, but the launch of it is something to be excited about for those who want the fastest SSDs possible.  Intel is releasing the first SSD that uses their new 3D XPoint media, which is 1000x faster than traditional NAND on the chip level. 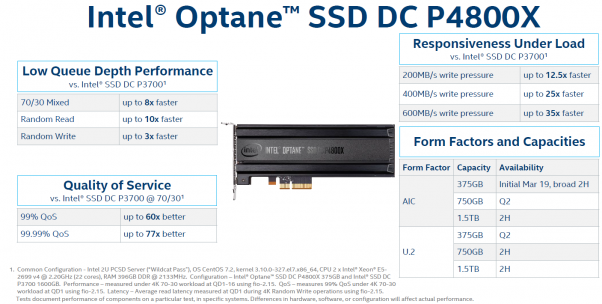 While there is plenty of technical jargon to go along with this, Paul over at Paul’s Hardware did an excellent job explaining it so I’ll drop a link to his video here.

As you can see, this has some big implications on the speed of the consumer storage down the line and as this trickles into the main stream market, but I won’t expect to see anything hit until 2018 that would be of a size and price that even the highest end of enthusiasts would be able to get their hands on.

One final note is that I published a review of the Maxnomic Titanus Gaming Chair, a chair I’ve been using for over a year and still feels like new. If you haven’t, go take a look, it’s a very impressive chair in my opinion.

Thanks for the read, and you can find me doing things online @geekindad on Twitter, on YouTube or on my website www.geekindad.com.  If you’d like to receive this news roundup directly in your mailbox, let me know on Twitter or down in the comments below, it’s something I’ve been considering starting as a weekly newsletter along with publication here.