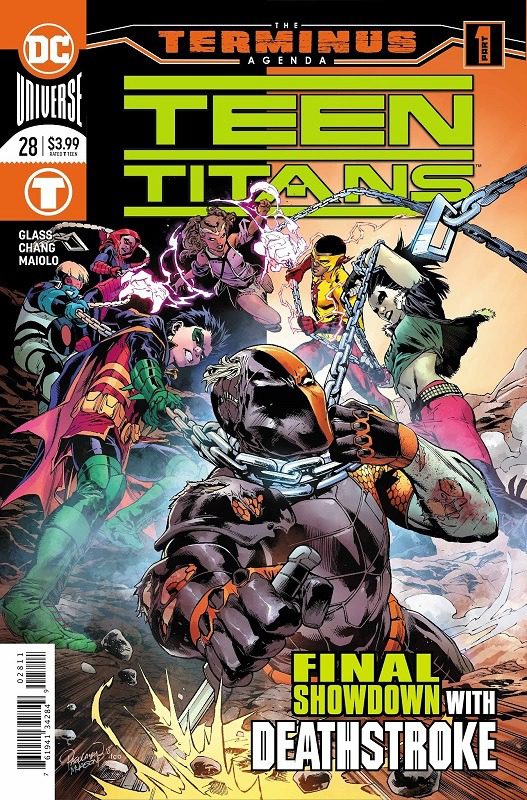 The Terminus Agenda begins and one of Damian’s biggest secrets is about to revealed when he tasks the team with taking down the biggest threat they could face, Deathstroke.

Waking from nightmares about the man, Damian is determined to end him as a threat and he calls a meeting of the Teen Titans to discuss how to bring the world’s deadliest assassin down. Those on the team who know the threat Slade Wilson presents are naturally curious and Damian’s explanation is met with some skepticism, but he manages to get the team on board and they begin their plan.

It’s an ambitious play that almost leads to failure when Slade discovers what they are doing, but with the introduction of a few wild cards in the mix, they manage to stop him. Unfortunately, that is not the end of the story. Robin has been keeping the villains they’ve stopped in a makeshift prison beneath their headquarters and when Robin confronts its newest resident, another member of the team discovers their leaders dark secret.

Adam Glass is starting an interesting new arc for these characters and starting it by having them take on their biggest threat straight on was well done. The dialogue is great and the pace of the story gives everything an immediacy that keeps the reader engaged.

Bernard Chang has some amazing art in this issue as well. All of the characters look great and the action is beautifully drawn and impactful.