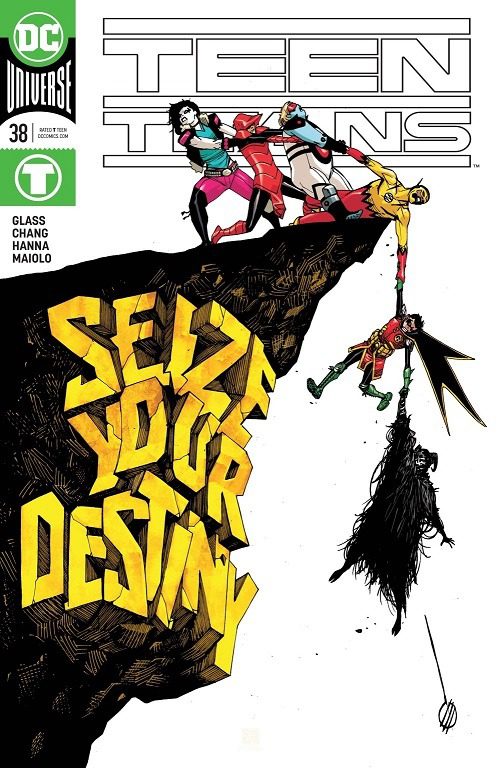 It’s Roundhouse to the rescue as Damian confronts the Other to return Djinn.

Robin has one chance to save Djinn from her ring and all he has to do is become the new Other to do it. Entering the world of the ring, Robin tracks down Djinn to convince her to let him help her escape, but the young lady is trapped in a prison of her own making.

At the same time, Roundhouse has freed the team after tracking them down, but he’s going to find trust is harder to earn back when lost. Especially when Crush has you in a choke hold. After relating his story to his former team, they reunite in order to take on the Other together.

Robin enters Djinn’s world to convince her to return, but she tells him that a sacrifice must be made to return him and stop his evil clone.

Adam Glass delivers a solid story in this issue. In the aftermath of the Lobo/Crush story, the Teen Titans needed something to bring them back together and the fight to free Djinn is the perfect fit for them. It also helps that they get to wail on a clone of Damian in the process. The dialogue is great and the story moves at an engaging pace that continues to emphasize the characters and their interpersonal drama. A fun continuation that leads to an interesting ending.

The art from Chang and Hanna is great. There isn’t a lot of action because the story is more character focused, but the backgrounds look amazing and every panel is filled with stunning detail.