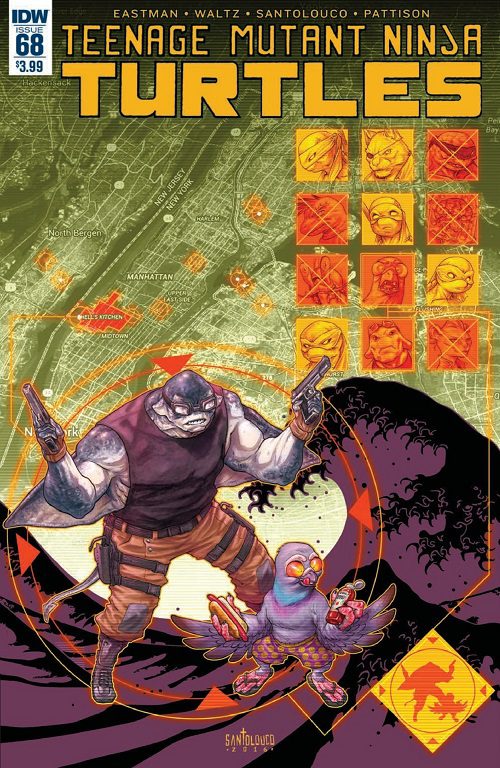 The Earth Protection Force has captured most of the Mutanimals, after turning Slash into a remote controlled living weapon. Hob comes to the Turtles for help, but because of their past dealings with Hob, the Turtles are skeptical.

While the Mutanimals are being held captive, Pete causes a diversion allowing Mondo and Sally to escape from their shackles.
The Turtles are dealing with being on their own, now that Master Splinter is the leader of the Foot Clan. Lonardo is second guessing his leadership, and frustrated with all the other turtles wanting to goof off, and not train. 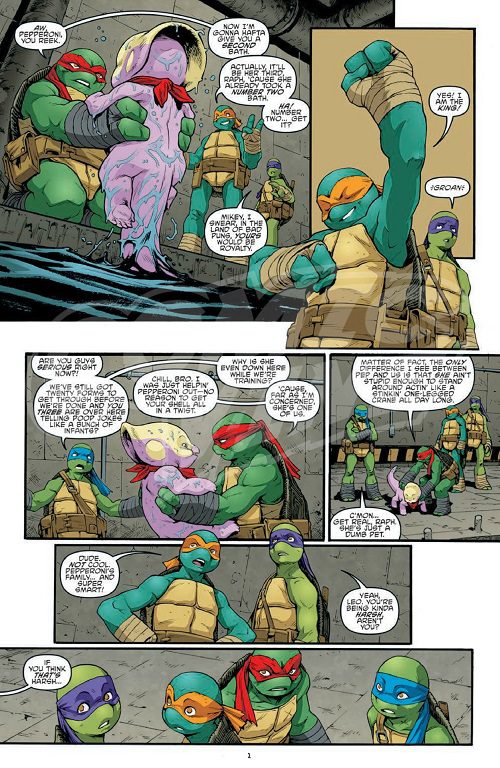 The Turtles go with Hob to investigate where the Mutanimals were taken, when they realize they have been surrounded by the Earth Protection Force. How will the Turtles and Hob get out of this one? Will the other Mutanimals be able to escape or be rescued? We’ll have to tune in next issue to find out!

I watched the TMNT cartoon when I was a kid, and I also saw the movies that came out in the 90’s. Unfortunately, I never really got into reading the old TMNT comic series. I have to say though, I love this series. This book has great writing, interesting stories and characters, and great artwork! Issue 68 had me on the edge of my seat the whole time! Santolouco’s artwork is awesome for this comic. It’s very easy on the eyes! I look forward to seeing what comes next for our Heroes in the Half Shell!

If you are even a little bit of Teenage Mutant Ninja Turtle fan, you will enjoy the world they are building in this series. I recommend picking this one up!