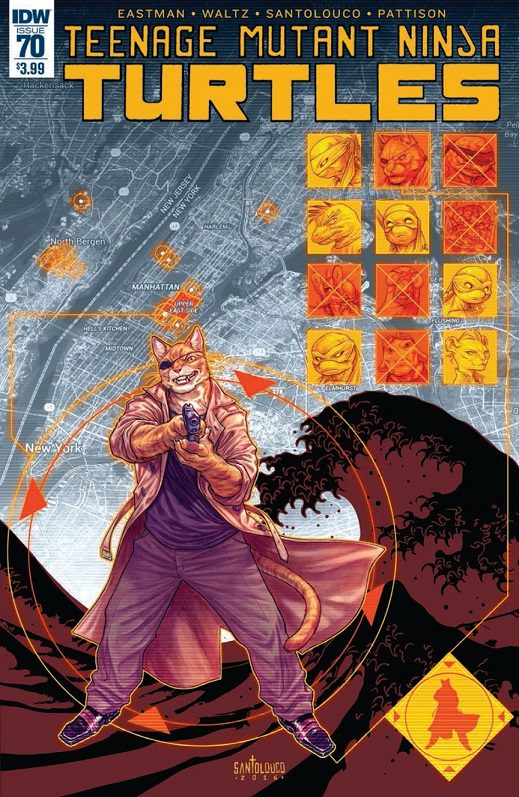 In this issue we see Hob decide to take matters into his own hands. He’s devised a plan to see the Mutanimals released from the grasps of the Earth Protection Force. Hob has kidnapped family members of Bishop and Dark Water and plans to make a trade for his friends. The agents of Dark Water are willing to take the deal, but the fanatical Bishop is not. Instead, he uses his mind controlled puppet Slash to attack Hob and the Turtles. Leaving the turtles and Hob to use force to stop Bishop. In the end, Hob and the turtles are able to save the other Mutanimals… all except Slash, who is still under Bishops control. The turtles do end up with a cool van in the end. I wonder what Donatello plans to do with that? 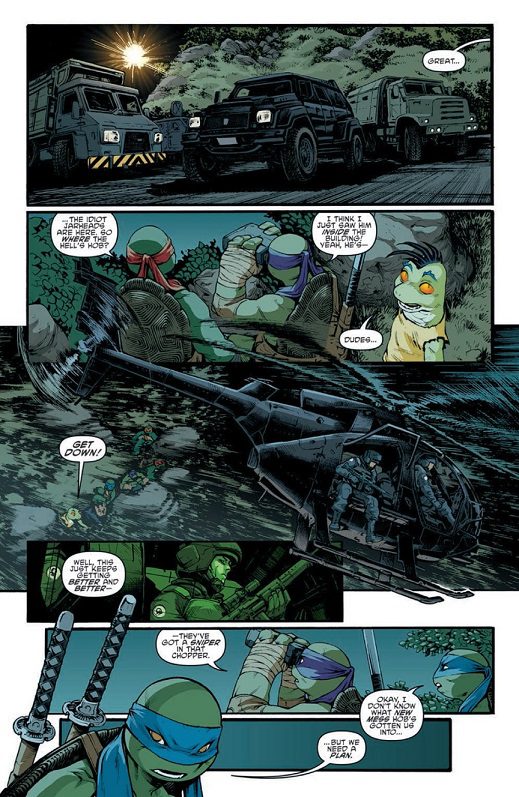 I love the contrast you get between Hob and the Turtles. Hob’s main concern is to keep his “family” safe, which he will do at any cost. Whereas the Turtles have a pretty strict moral code and feel like Hob sometimes crosses the line. It does seem that Leo understands “Sometimes a leader has to become the things he hates… to take care of the ones he loves.” as he states it on one of the final pages. So, it seems that Hob and the Turtles aren’t really that different at all.

Santoluco’s artwork is great as always. He does a wonderful job of drawing this improbable world in a realistic way. I particularly love his facial expressions in this issue.

I honestly can’t get enough of IDW’s Teenage Mutant Ninja Turtle world. It is consistently well written with complex characters, plenty of action and a ton of humanity.

I cannot recommend this series enough. Everyone from a major fan to someone who is just barely familiar with the characters should be able to find something they love about this book!