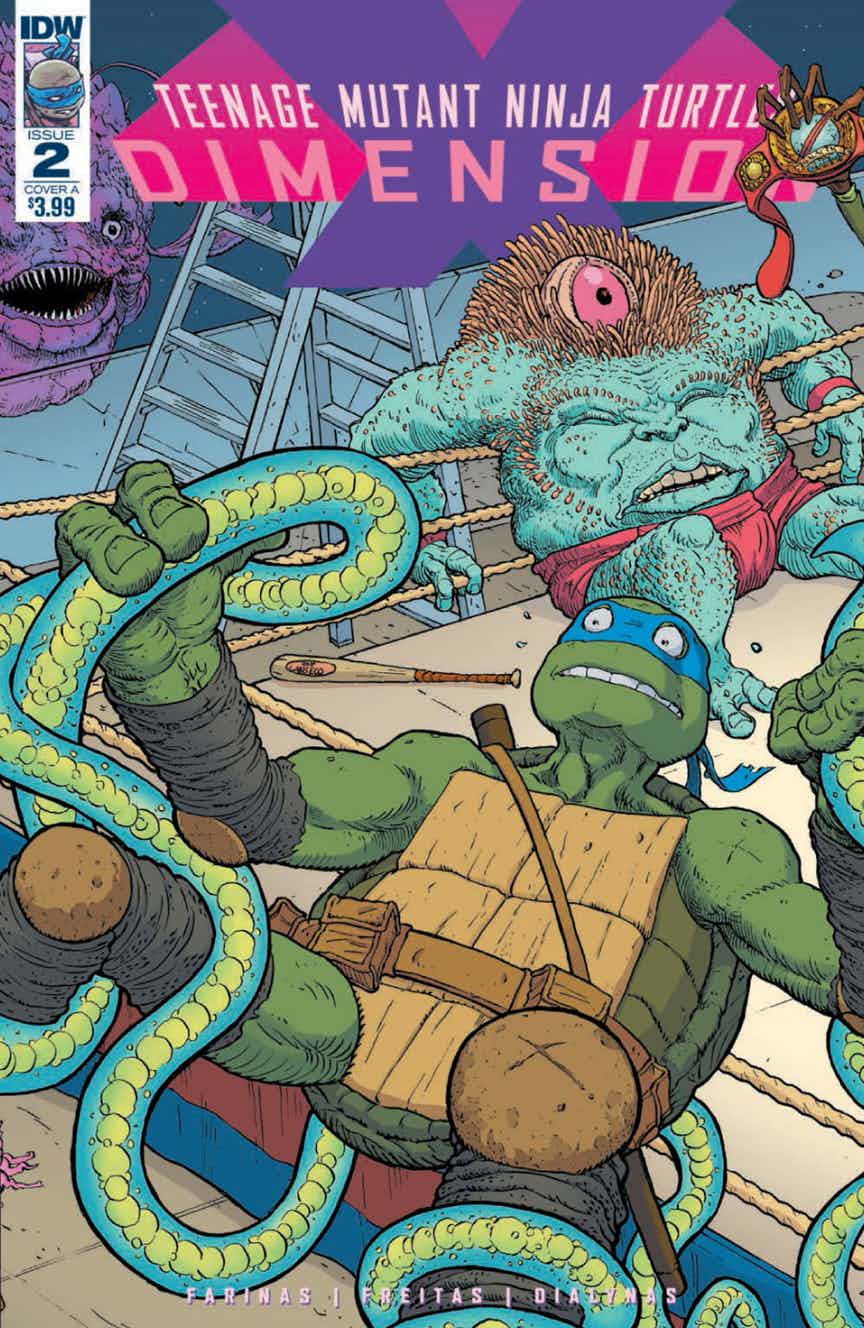 This is the second issue in the Dimension X Mini-series. In this issue the Turtles travel Anemon, who once worked for Krang. Anemon betrayed Krang when Krang wanted to steal all the food reserves from Anemon’s home planet. While trying to escape Krang’s soldiers both of his eyes (which happen to be on his torso, because his whole face is on his torso!) are stabbed, leaving him blind. When he lands on a planet he meets Eymo, who is basically just a living eye. They become friends and later Anemon and Eymo are able to morph together in some way. 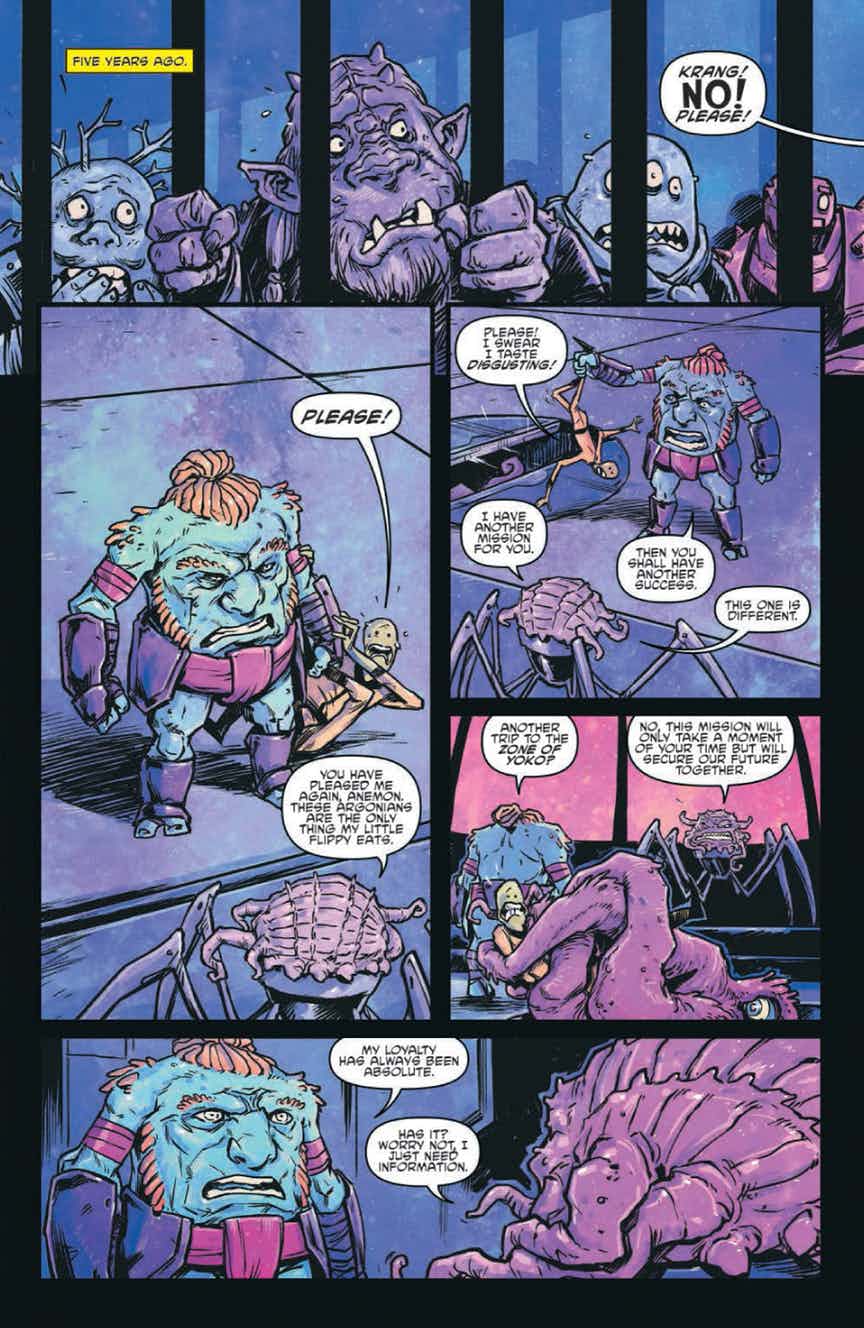 When the Turtles find the two, Anemon has started farming and has a home now and isn’t really interested in leaving. Luckily the Leo has a plan, he challenges Anemon to fight three of them, one at breakfast, one at lunch and one at dinner. Part two of the plan? Have Mikey cook him some pizzas, and hope he gets really full and tired. Well… it’s not the best plan, but I guess it’s not the worse. Have a read and see if the Turtles are able to best Anemon to get him to come back with them, or if Hakk-R shows up to spoil all their plans.

This is another issue that the art is kind of weird and a little off, which again fits so well with the tone of the book! It’s also fun seeing the turtles run around Dimension X like this! This book reads a little more like a fable which I find completely utterly delightful. Again, this book isn’t a must read if you are reading the main TMNT book, but if you want something fun, this could be the ticket!