The greatest tragedy of Terminator: Dark Fate is how much potential lies in it.

Of all the Terminator sequels to come since Terminator 2: Judgment Day, this is the one that feels the closest to greatness. The characters, themes, and performances are all there, but neither the film’s narrative nor its action sequences are compelling enough to push it to a memorable action experience.

Its first and greatest asset is the return of Linda Hamilton to the role of Sarah Connor. Stepping back into the combat boots she wore and badass weaponry that she wielded in Terminator 2, Hamilton hasn’t lost a single step in any of the 28 years between her takes on the role. From the curses she spits, her moments of vulnerability, to the hard-edged, grazzled tone she lends Sarah’s voice, this take on the character is the film’s strongest asset. Hamilton receives assistance from the film’s other strongest asset, Mackenzie Davis’ resistance hero, Grace.

As an augmented human, Grace is an attempt to meld the humanity of Kyle Reese with the superhuman feats of Arnold Schwarzenegger’s T-800. She is kind, selfless, and utterly loyal to her cause: to protect the next savior of humanity, Dani Ramos. 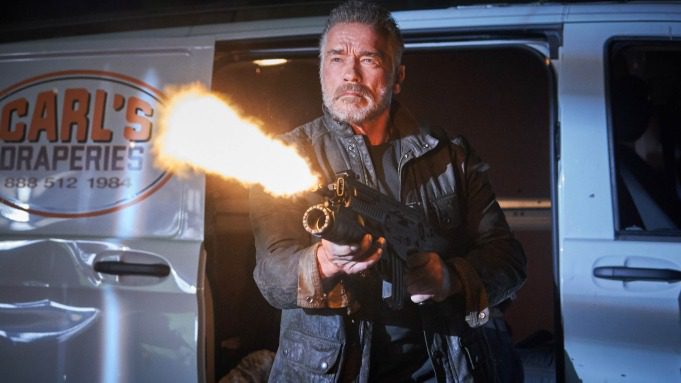 Dani is a target of the Rev-9 (Diego Luna), a Terminator sent into the past by the malicious AI Legion to assassinate her. This thread, unfortunately, is the main source of the film’s flaws: frequent attempts to harken back to the legacy of Terminator 2. In doing so, the film proves itself to be less of a sequel and more of a hollow imitation.

The Rev-9, despite occasionally displaying some impressive feats of CGI-manship, is but a pale imitation of Robert Patrick’s T-1000, an antagonist who the series has yet to top. The hollow imitations extend to its action sequences as well: an opening chase in Mexico City feels like an all-too-familiar retread of the opening car chase in Terminator 2. And when the film tries to branch out and devise a set-piece for itself (one set underwater) it is a muddled, grey, barely coherent montage that leaves one feeling less enthralled and more baffled. And when Arnold Schwarzenegger returns to make his much-advertised reappearance as the T-800, it only serves as a reminder of the greatness the first two films had that all subsequent sequels have lacked. 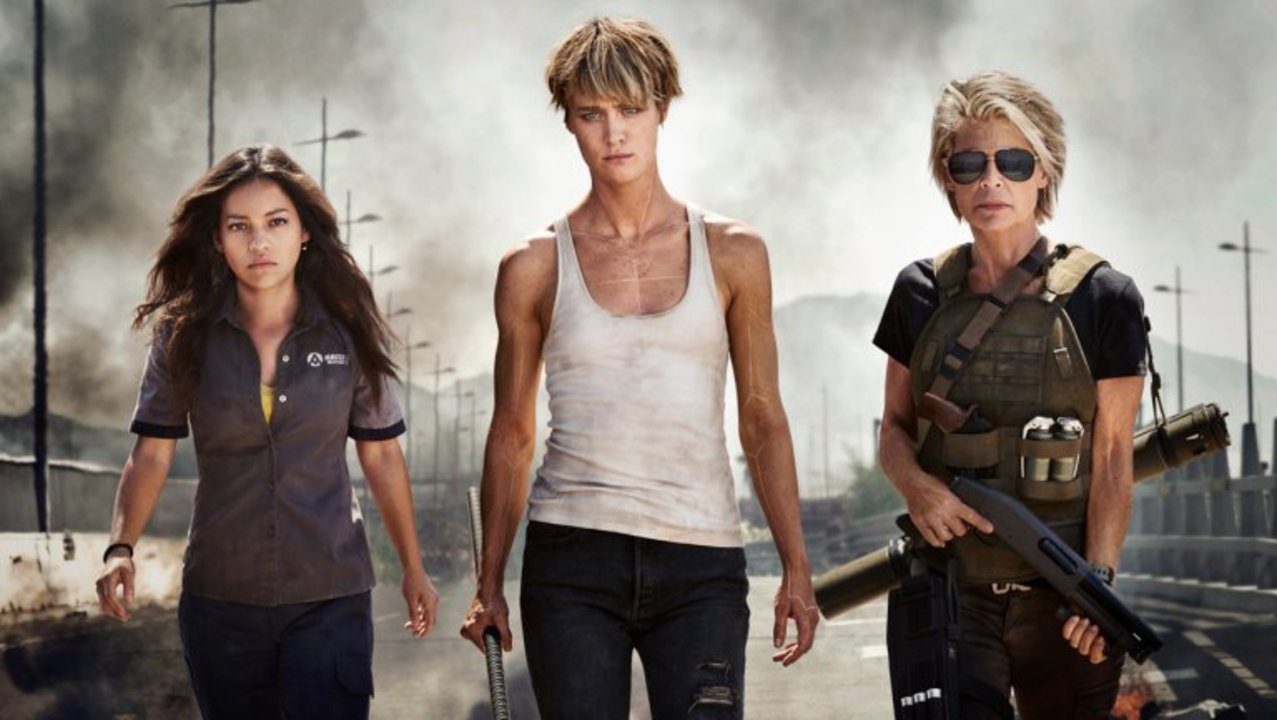 The Terminator duology created by Cameron left a bittersweet, open ending that has allowed numerous filmmakers to try to answer the question of what happened next. Despite being the most determined attempt yet to answer that question, Terminator: Dark Fate instead makes one feel that Terminator 2’s ending is best left unanswered.