On a mad crusade to balance the universe by any means possible Thanos brandishes his fully powered Infinity Gauntlet with grim determination. Thanos’s bold and confident pose will be familiar to comic and movie fans alike.

Sculpted in 1:10 scale, Thanos was created from the actual source files from Marvel studios and features all the details found in the cinematic counterpart, down to the distinct styling of his outfit and Infinity Gauntlet. As with all Marvel ARTFX+ releases Thanos will be shelf ready with only taking minutes to assemble out of the packaging.

Thanos is situated on an environmental base evoking an image from the devastated planet of Titan. Expect more Infinity War characters to rally against Thanos and to be offered in the coming months! 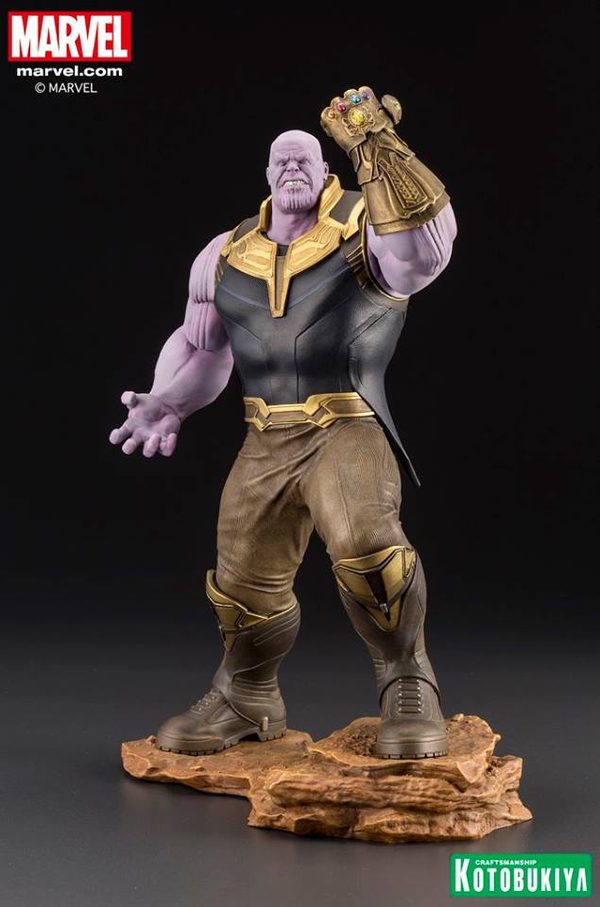