Since Sony pulled the curtain back last week on it’s next-gen console, unsurprisingly dubbed the PlayStation 5, the gaming industry has been ablaze with speculation as to what the future of games holds. From sequels to acclaimed franchises like God of War and Marvel’s Spider-Man, to mysterious new IP’s from first and third party studios, the choices are exciting.

The one franchise that has been getting the least speculation, but deserves the biggest chance at redemption, is Superman.

There’s no doubt the PlayStation 5 and Xbox Scarlett will be the most powerful consoles to date, but just how powerful are they? Let’s go over the specs. 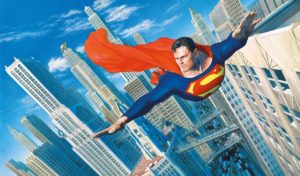 Now let’s go over just how big these things are and why it opens a chance for Superman to make his triumphant return to games.

Superman has been a staple in video games for as long as the industry has been alive. Since his debut on the Atari 2600 (1979), Superman has starred in his own video game on nearly every single console, spanning a timeline of over 30 years. However, while there was a Superman game for PlayStation 1 console but after a series of unforunate happenings, it never made it to debut. While you can’t find the PS1 version of Superman, you can buy playstation games that are just as good. This past console generation though, the big blue boyscout was notably absent. In fact, Superman hasn’t been seen in his own game since Superman Returns (2006). A gap of almost 13 years.

Well, what’s the cause for this? Lack of technological capability? A flaw in character design? Or a bit of both?

The answer for this is… cloudy.

Anyone who’s played the Nintendo 64 remembers one thing: “Boy, that Superman game sure was awful.” It’s so bad that even to this day many still hail it as the worst video game of all time. A smear like that will follow you for years. The reason for it’s awfulness was mostly due to technological limitations of the console. Putting Superman into a game means you have to capture the feeling of being Superman. That means moving faster than a speeding bullet, being more powerful than a locomotive, and being able to leap tall buildings in a single bound, or in this case, fly. The N64, as good as it was for its time, was just not capable of achieving this. The result was a watered down flying simulator experience that should be put in the dark abyss of the tallest shelf in your house, never to be seen again.

Even though that smear hit, and it hit hard, that didn’t stop developers from trying. His outings got considerably better until his latest installment in 2006. But still, the technological limitations of the consoles held him back. How has that changed now with this upcoming generation? 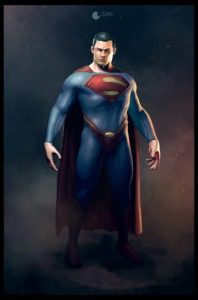 The SSD is by far the most important thing incorporated into the new consoles, and also the most important thing needed for a Superman game. Part of the problem was not only being able to have all these game processes run at the same time, but having them run efficiently. Superman should be able to zip across the city of Metropolis without any lag or freezing. Buildings should topple as he crushes an enemy through it. Not only has it become feasible with the addition of the SSD, Sony has already demonstrated just how easily this works.

In a conference earlier this year, Sony executives booted up Marvel’s Spider-Man onto a new PlayStation 5 dev kit.

Not only were they able to move through the game world quicker, but there wasn’t a single drop in fidelity as they were doing it.

With games like Batman, Spider-Man, Avengers and more on the way, it is prime time for Superman to come back to gaming. The arrival of Sony and Microsoft’s next generation consoles opens up another opportunity for a great Superman game.

Have you seen this:
Superman and Lois Receive Early second season Renewal