‘The Art of Racing the Rain’ (Review)

The Art of Racing in the Rain has all that we expect when it comes to a movie featuring a dog, talking or otherwise, as the main character.

We get the noble-hearted owner, the sudden change in family dynamics that a new spouse/child brings (in this case, both), the unforeseen tragedy, etc. All of this appears in the film, which offers little in the way of surprise.

However, there is one thing that elevates this film: Enzo. Specifically, his narration. Given a wizened voice to his thoughts by Kevin Costner, Enzo’s thoughts add a new shade of color to an otherwise paint-by-numbers story.

His narration is both wizened and whimsical, where his childlike fascination combines with his thoughtful observations on the human condition. He first speaks humorously about his large tongue limiting his ability to speak, but it’s an occasion that moves to tragedy later.

When a human character is feeding him, Enzo delivers the film’s most haunting line: “I had detected a bad odor, like rotting wood, mushrooms, decay. Wet, soggy, decay. It came from the ears and the sinuses. There was something inside [their] head that didn’t belong.” As a dog, he cannot warn his human of their impending death. He is aware of the cancer that is residing in their brain, of the toll it will soon take. But the limits of his body ensure that he is helpless. He can only sit and watch as cancer consumes them. 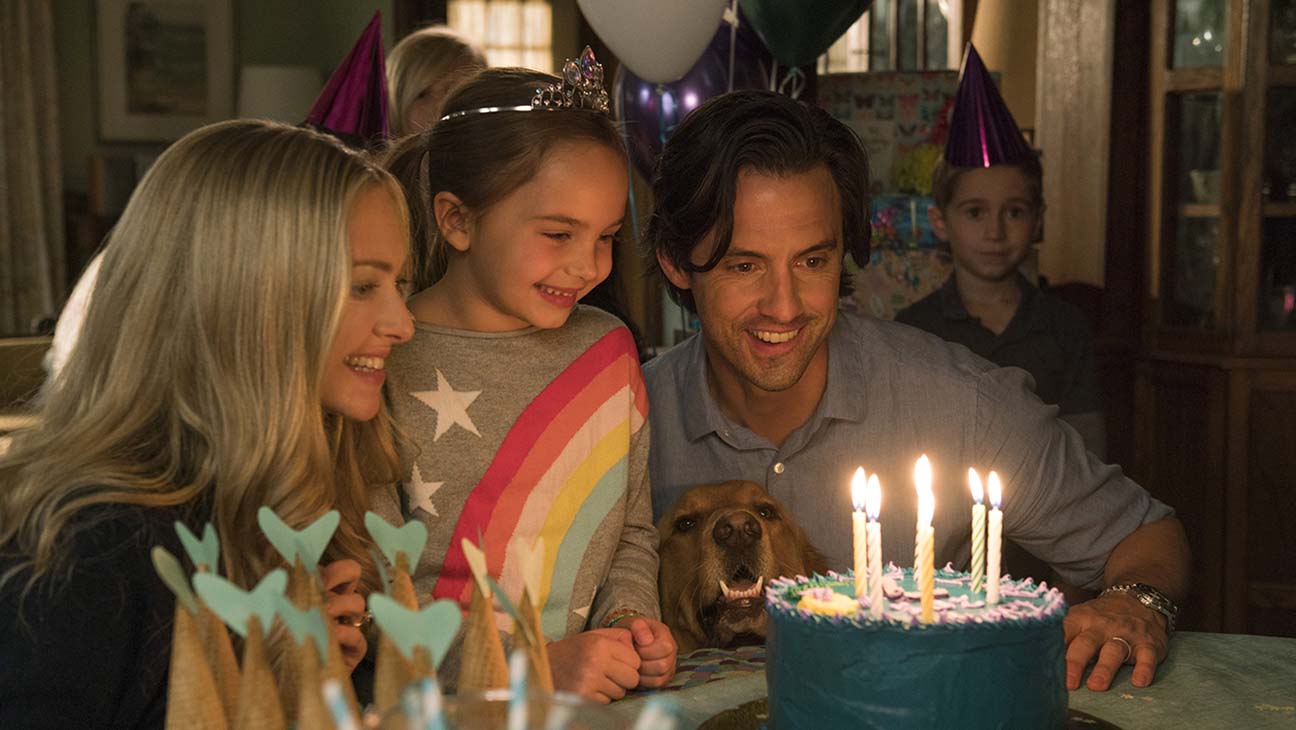 It’s a powerful moment that the otherwise treacly film never matches. Of course, it’s fun to root for Enzo’s owner Denny Swift, played by This is Us star, Milo Ventimiglia. He faces one challenge after another as it approaches him. He has few discernible personality flaws but, as this is a dog’s opinion of his owner, that’s to be expected. Ditto Amanda Seyfried as Eve, who gives an equally charming performance, and is later given some slightly heavier material to work with. There, Seyfried is allowed to more gracefully stretch her acting muscles.

It would be inaccurate to call The Art of Racing in the Rain a bad movie. It’s quite sincere, the characters are likable, and Enzo’s worldview is both optimistic and wizened. His narration is one that more talking animal films could lean on in the future.

The main problem with The Art of Racing in the Rain its safeness. Whether it’s through camera angles, performances, or writing, there is too little in the film to give it real personality. Time and time again, we see it falling back into familiarity and gooey sentiment, offering nothing like the scene where Enzo first comes into contact with cancer.

As far as the film goes otherwise, The Art of Racing in the Rain is something one leaves on during afternoon TV, watches on an airplane, or sees during a matinee. While it never fully taps into the powerful story it can tell, it’s nonetheless a pleasant enough way to spend one’s time at a

Fox Kevin Costner milo ventigmiglia Movie review the art of racing the rain
Add your voice!Join the conversation on Discord...
Join Our Discord