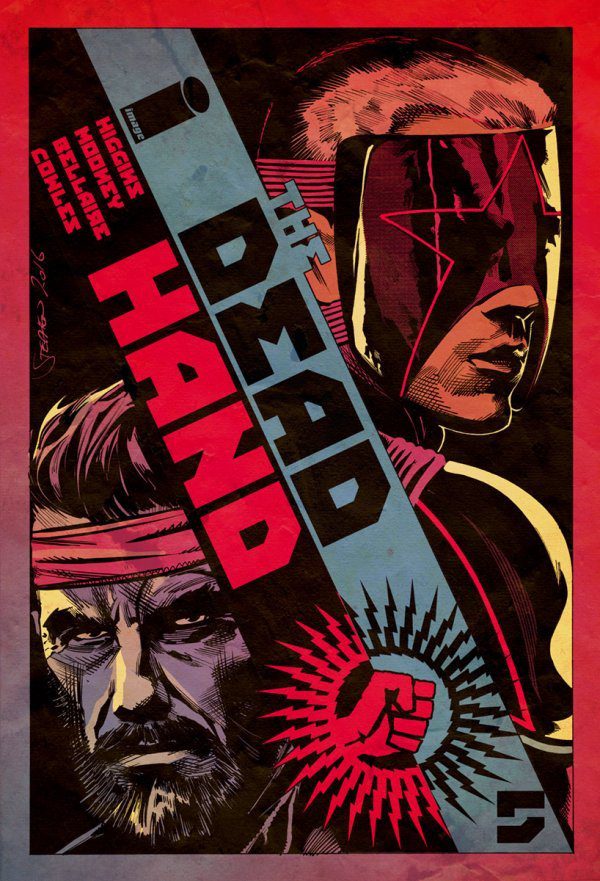 The Dead Hand series has been pacing really well as it builds up its story around the town Mountain View and the A.I. known as Roger. Things are really starting to boil now though after Roger has now met Renae’s daughter Harriet. The new discovery intrigues Roger but Carter and Renae are most certainly unhappy about this because they’re worried how this will affect Roger. The issue also goes into about his creation. They go back on how the cold war causes the decision to create Roger but they never suspected for him to be as resourceful as he is. Along with Roger, we also get a small bit about how Vil and Carter are connected and even how Carter came across the area that would turn into Mountain View.

Even though the story bounces around with its past history to current events, everything still moves very fast and it seems very fitting with the number of unforeseen events that have been occurring lately. Nothing seems to stop form driving Carter crazy as he is trying his best to bottle up the situation but something keeps on knocking at his doorstep. I keep finding a lot of enjoyment when they focus on some of the past events that caused our characters to cross paths before and it never overstays it’s welcome. The focus is always on the now and as we continue to learn about all who are working here, it gives us an idea of how you want to root for these characters.   They’re not necessarily the best people in the world but they are definitely trying to do something to protect it even though their one method from back in issue 2 was something that should’ve been more thought out by them.

I absolutely love this art team here. They’ve been doing a great job in this series to convey the tone this story needed and the splash page in this issue is probably my favorite among the series. All I can say is that if a Metal Gear comic was to ever be made now, this is the team for it. The chain reaction of events that has been building to cause an implosion or even an explosion if things go really bad have been some exciting things to read here. Kyle Higgins is a newer writer for me to read from and this series shows he certainly has some great range in his storytelling.