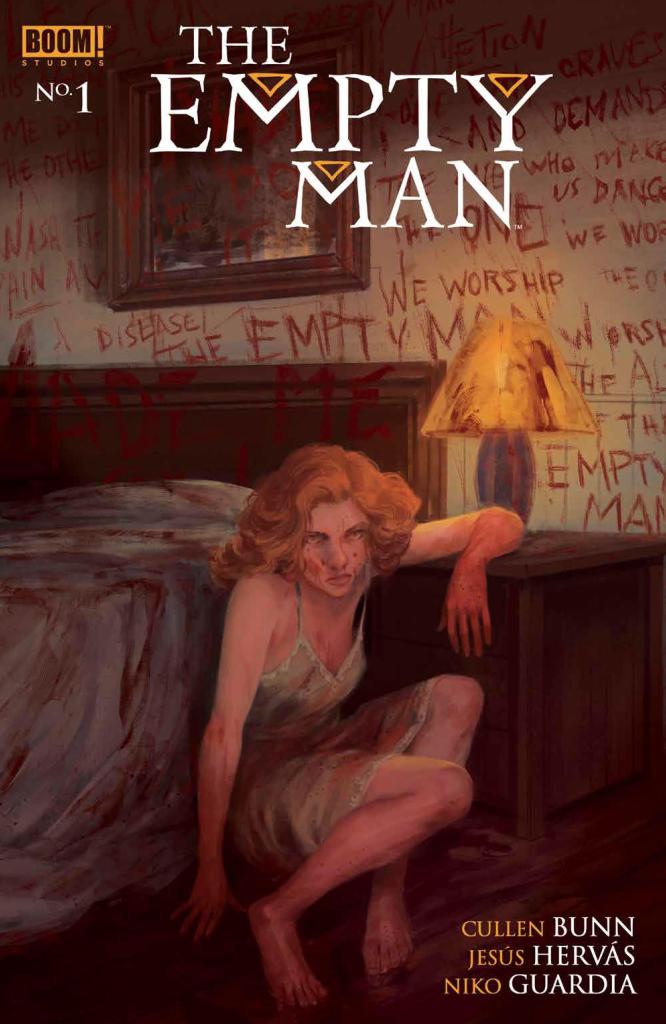 The Empty Man #1 is a return to one of BOOM! Studios’ most popular series. The comic features writer and creator Cullen Bunn (Bone Parish, Harrow County) returning to the new ongoing comic book series. This new start is made for new readers and longtime fans alike. The first issue follows Andrew and his family in the midst of the Empty Man pandemic terrorizing America. His wife Melissa comes down with the disease and he must decide how to face an uncertain future plagued by an uncertain disease while the government scrambles for answers.

Horror is a fascinating genre that allows us to deal with and face psychological fears and insecurities in a safe environment. As someone with multiple chronic illnesses, this story concept fascinates me. How we as a society deal with illness and the disabled versus the able-bodied has a scary history. The Empty Man touches on that history and paranoia similar to that seen in books about a zombie apocalypse, however, the difference here is this disease doesn’t warp our loved one’s mind and body the way many “zombie viruses” do. The Empty Man virus is not a quick change and can be hard to distinguish patients suffering from the disease with healthy people.

The art on this comic reminds me of other similar horror comics like Poser and Wytches. Hervás is effective in creating an eery setting filled with dark shadows and ragged linework that gives off the illusion it was done with a fingernail. Guardia’s dark color palette adds to the uncomfortable visuals created to further a thrilling narrative.

I have never read the original The Empty Man but this issue not only excited me for the next one but makes me want to pick up the original volumes of the series. Additionally, the series has been tapped to become a feature film with 20th Century Fox. If you enjoy horror comics or the horror genre consider picking up this highly engaging read.