The Fall and Rise of Captain Atom #4 Review 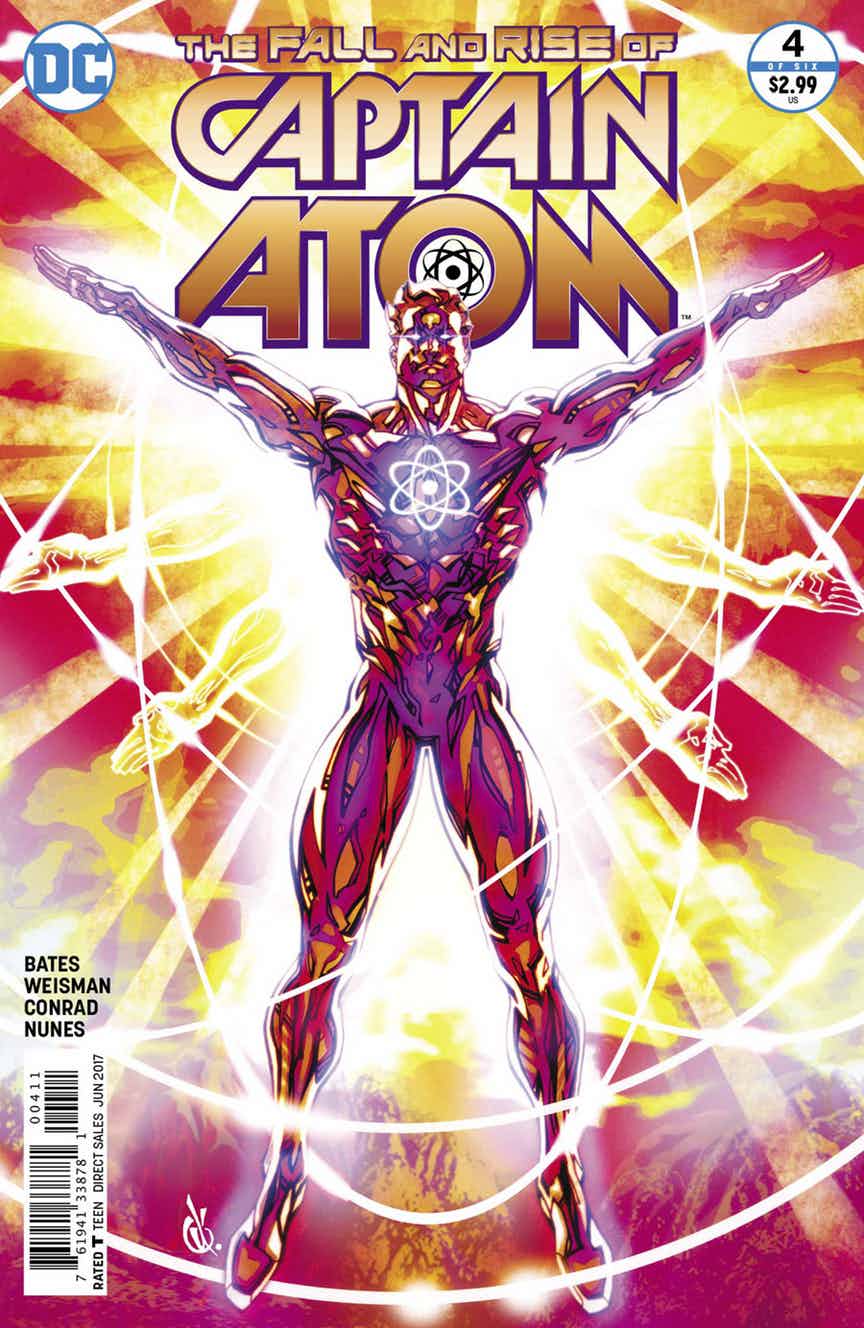 The Fall and Rise of Captain Atom #4
DC Comics

Written by: Cary Bates and Greg Weisman
Art by: Will Conrad
Colors by: Ivan Nunes
Letters by: Saida Temofonte

Captain Atom has decided to go on the offensive by talking to the media. He spins a tale of government cover-up, black ops, lab experiments gone wrong and being flung through time to the present. He offers an explanation for his newfound powers and vows to use them in honor of his “friend” the original Captain Atom. Anyone who has read the story so far knows what the truth is, so it’s interesting to try and determine why tell this tale at all. As he gives a dramatic demonstration of his powers and how safe they are to the public, the men behind the original project watch and plan. General Eiling decides to go all in on the PR campaign to introduce the new Captain Atom to the world and use his apparent acceptance as a smoke screen to continue his covert operations. 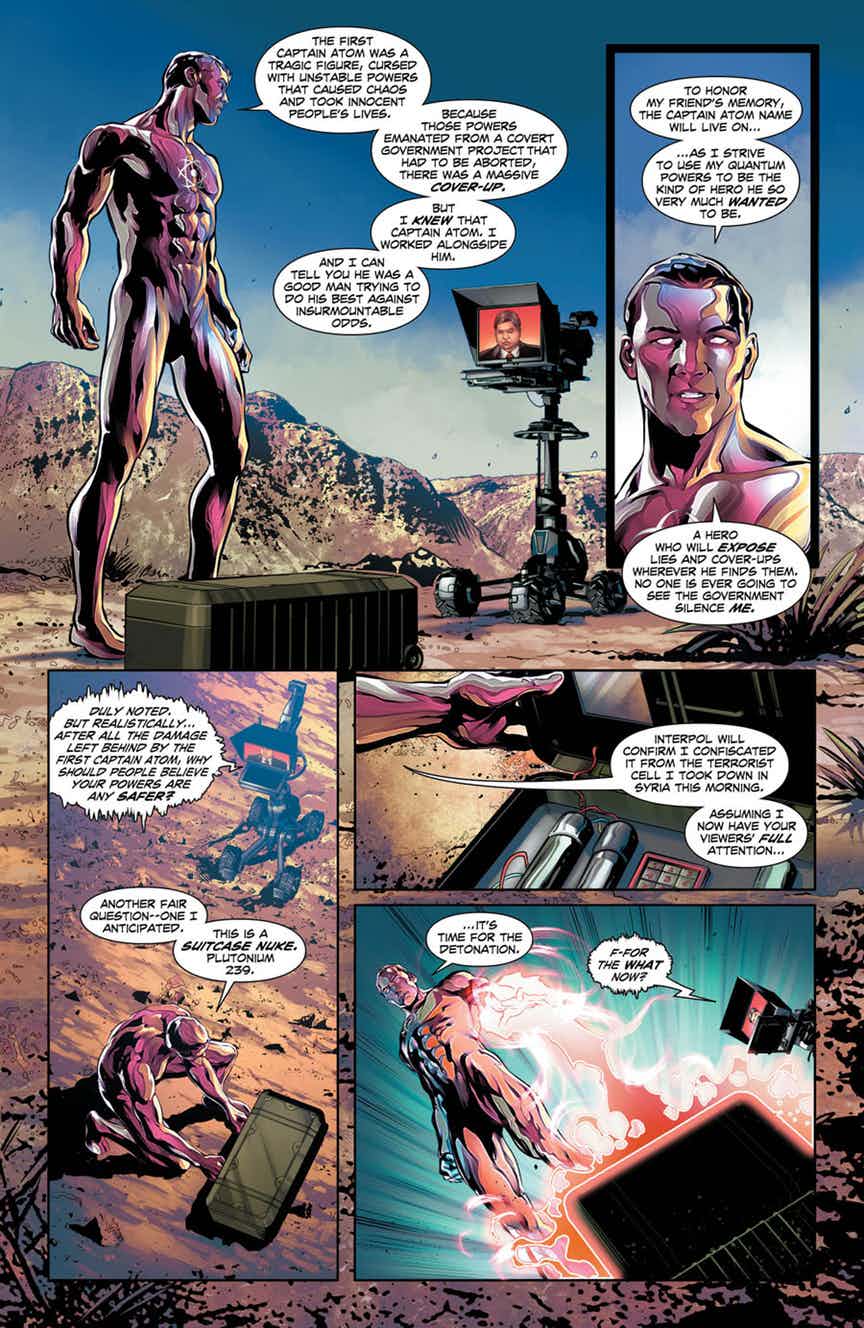 Atom enlists the help of a private detective to find the identity of the unknown teenage boy who has been leaving flowers at the grave of the Captain’s deceased wife. She has determined that there is a massive cover up involving the young man, whose identity and past have been stripped from every record. The detective manages to scrub into the deceased doctor’s past and even into Adams’ former identity in 1995. As Captain Atom is called in for a mission, he reiterates to the General the conditions of his involvement with them, but he agrees just the same. He’s called in to consult on a prisoner affected by his powers who is in a frozen state. As Captain Atom attempts to free the prisoner, he is attacked as the energized convict escapes. As Atom recovers, he receives news from the detective about the mysterious boy, who might not be that mysterious to everyone in Atom’s life.

Have you seen this:
Future State: The Next Batman #2 (REVIEW)

The mysteries in this story continue to be compelling and immersive. The story moves at a great pace with every moment working in conjunction with the previous one as well as the previous issues. There is an earnestness to Captain Atom that Bates and Weisman are adept at bringing forward and you find yourself rooting for him to find some kind of peace. Will Conrad’s art is some of my favorite. He really conveys power in the action scenes and fine detail in the expressions of the characters. I appreciate an artist who takes the time to make those details a priority. This is a great series that I hope builds into something more because I look forward to reading it each month.