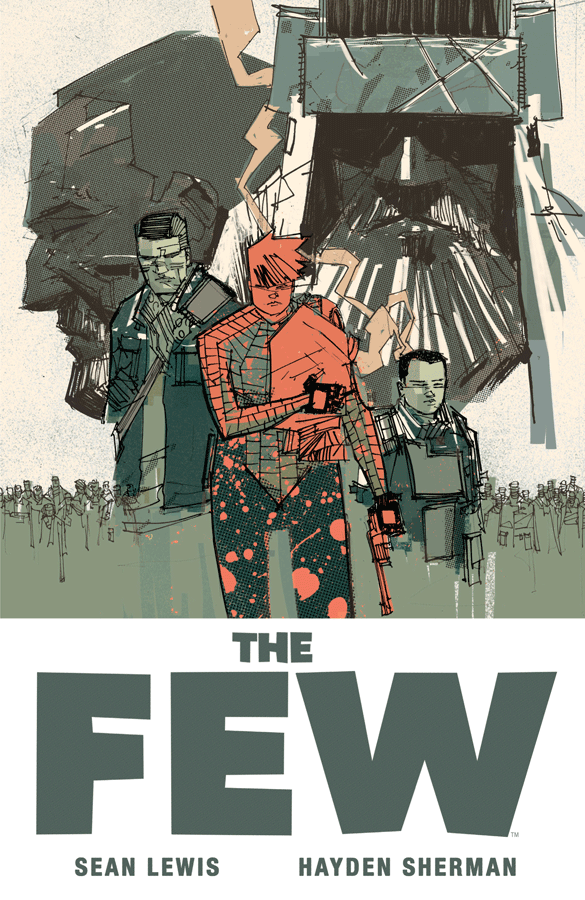 The Few opens with a bleeding woman running through the woods; holding a baby in her arms and wearing a gas mask. This opening spread sets the overall tone of the book and jumps right into the plot, a backstory remaining to be seen.

Beyond the concept image of Eden Hall holding a baby, The Few is another dystopian future that is nothing new, we have seen the trope before from multiple comics. The story goes in circles, with no clear focus or idea. It jumps around too much to get a coherent thought of who the characters are, what they are doing, and why they are doing it. Eden Hall, the main character, is bland, she fits the burned cadet archetype for going by the book and then rebels against her upbringing when introduced to a different surrounding.

The story has three fractions fighting to wipe the others out from existence. The major villain Harold is a copy of any villain from Mad Max, with his need to destroy everything that he can’t control. When he leaves, there’s a void left because the story creates another antagonist, Eden’s old life. The ending is an easy way out, with Eden and her new family 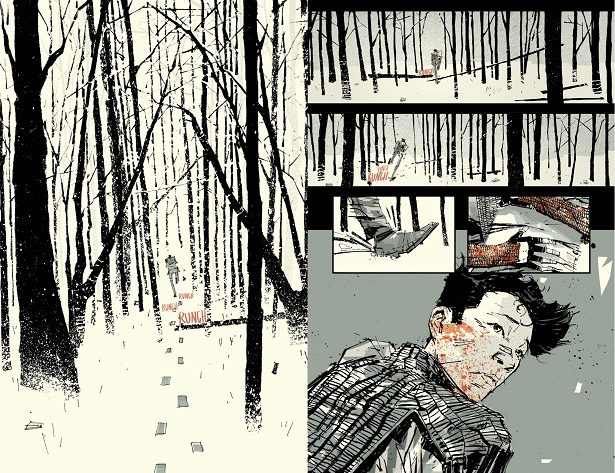 getting their revenge against Eden’s old life. This ending fits the overall theme, with all the inconsistencies and unanswered questions. Sean Lewis’s structure of the story is lacking, especially with character development. Hayden Sherman’s art fits this dystopian setting, but it needed more details for the background characters to be distinguishable.

Overall, I did not enjoy The Few. Dystopian stories have become a staple for Image Comics recently and sadly, this one will be quite forgettable, unlike other stories.

Review by Brian from Coin Operated