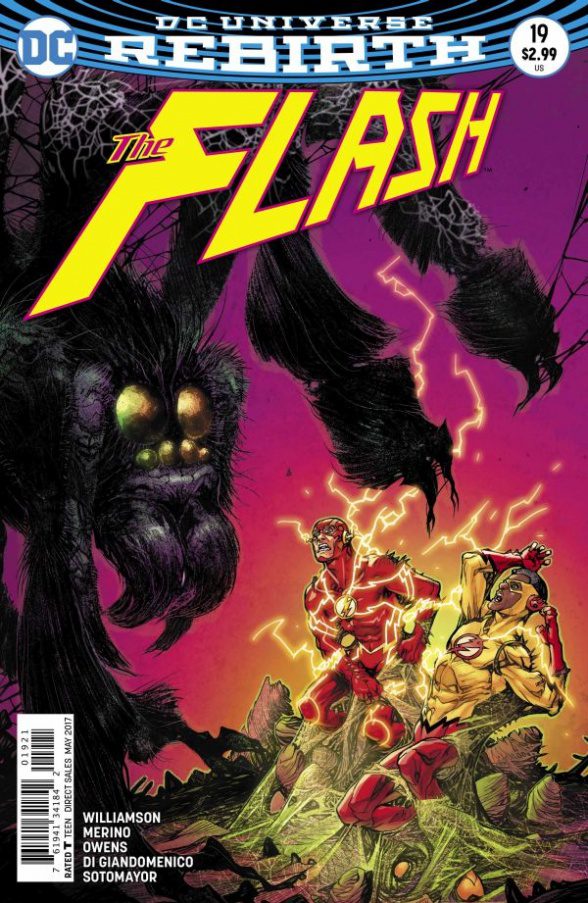 What does the fastest man alive do when he’s suddenly trapped with one his rogues and his protégé facing down a firing squad in the middle of the Australian Outback? That is one of several problems facing The Flash in this issue. After some tense negotiations, the only way that they might have a chance is by letting Flash become a human target. The only problem is, he has to be chained to Captain Boomerang. As Barry and Digger try and outrun some high tech weaponry, Wally discovers something about his powers that helps him escape.

As the remaining mercenaries are rounded up and Waller’s clean up crew comes in to do their thing, Wally pleads with Digger for any information about his father. What follows is a story that puts a new and tragic light on Daniel West. In his pain and confusion, Wally lashes out at Barry and the two speedsters, alone in 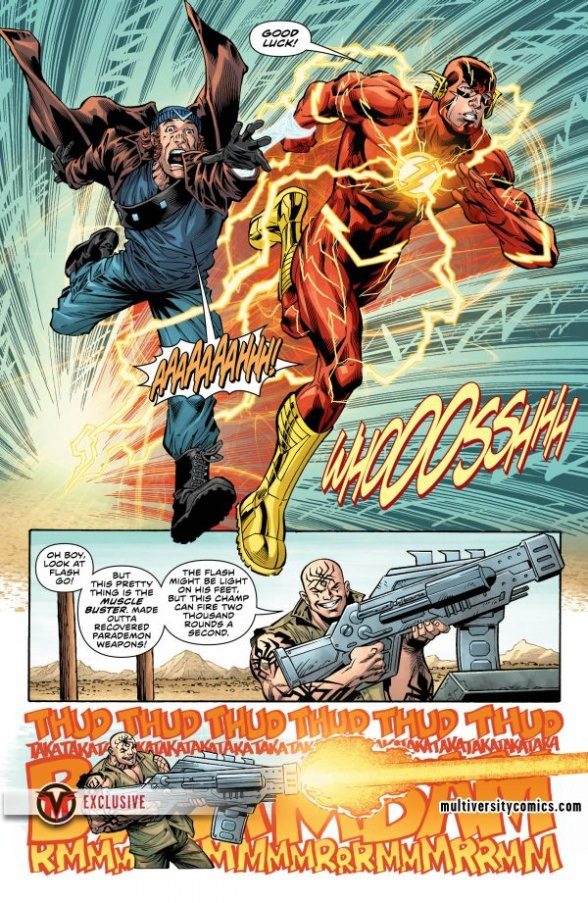 the desert, decide to start hashing out some harsh truths. Wally’s emotional moments remind the reader that even though he’s a hero, he’s still a kid with the same emotional baggage and fears as any other kid. This was a touching moment that wasn’t forced or overly dramatic. It seemed uniquely genuine given the circumstances.

As Barry deals with the consequences of the revelations he made to Wally, something strange is happening at Iron Heights Prison. As lightning crashes into the prison, an old and deadly threat returns to the world with revenge on someone close to Barry on his mind.

The Flash #19 felt both contemporary and classic at the same time. One of the things that works really well with The Flash is the sense that everything is in motion. Visually, this issue continues to capture that feeling really well. Jesus Merino and Carmine Di Giandomenico really know how to move the story from panel to panel with a keen eye towards framing dynamic action. Joshua Williamson’s story continues to evolve and the moments between Barry and Wally are well plotted. They seem genuine in their interactions and even the comedy beats work with Captain Boomerang. The end of issue reveal was exciting and ominous at the same time, a combination that has hooked me to read the next issue.