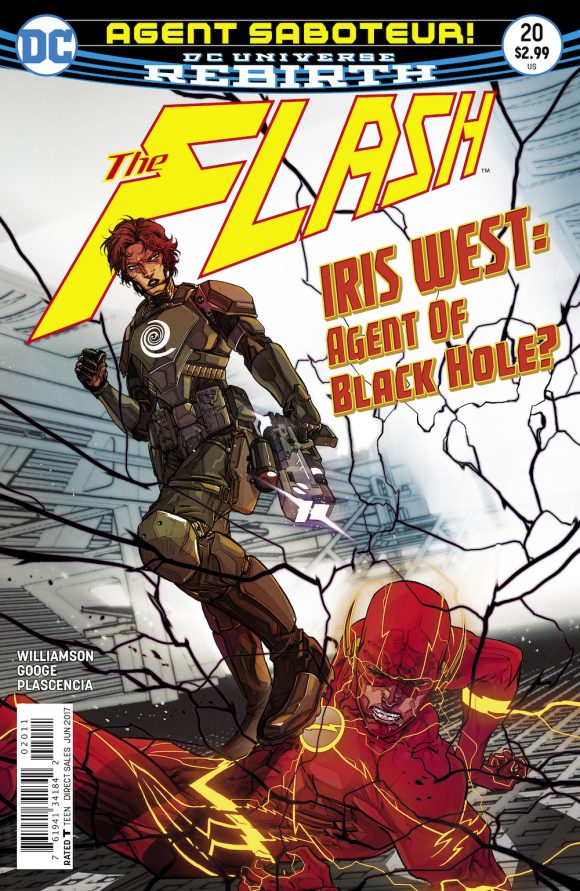 Iris West is investigating a death at the hands of Godspeed. What’s worse is that the death was only the beginning as the body has mysteriously disappeared. As she chronicles the aftermath of the Speed Force storm and interviews the victims of Godspeed, she decides to reach out to someone that she can trust to help her; Barry Allen. After confronting him, she decides to go to the Speed Force Training Center at STAR Labs to look for clues. She is immediately confronted by a member of Black Hole, who are stealing the bodies of speed force fatalities. Iris determines that the only way that she can get close to the organization is to take out a scientist and change into her suit.

When the Flash comes on the scene, Dr. Hussk is prepared with a trap to break the hero’s connection to the Speed Force. In order to keep Black Hole from taking Flash with them, Iris needs to play her hand, a risky gamble that might get the both of them killed. For an Iris-centric issue, this actually works. While reminiscent of classic Lois Lane storylines in Superman comics, it is nice to see that Iris has some sense and the ability to take care of herself. I don’t 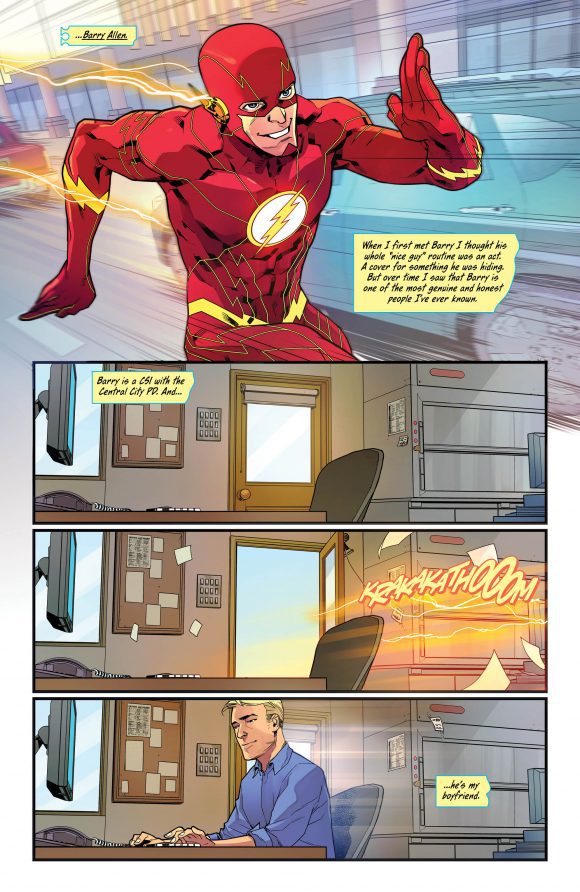 particularly like when the main character of a book is the passenger in his or her own story, but this worked fundamentally to give the reader a sense that Iris knows more than she seemingly lets on. Even her suspicions at the end of the issue are logical and she fundamentally seems to be investigating. Even the reveal at the end of the issue is worthwhile and adds another dimension to both Barry’s relationship to Iris, but also his previous relationship with Meena Dhawan.

The story in this issue works well. It is good to see the consequences at the end of the last issue start playing themselves out. Wally’s absence in this issue makes sense and the distance that is growing between all the principles is playing out slowly and deliberately. Williamson really seems to know how to craft this story to not only continue to be thrilling in the narrative, but plant seeds for the future that will pay out overall continued reading. Googe’s artwork is well done. There is a clear distinction between moments that seem like heavily detailed dramatic tension and pseudo-anime style kinetic action. Both of which work well with the character. There seem to be some interesting pieces moving into place to challenge Barry and it’s going to be interesting to see how those play out.