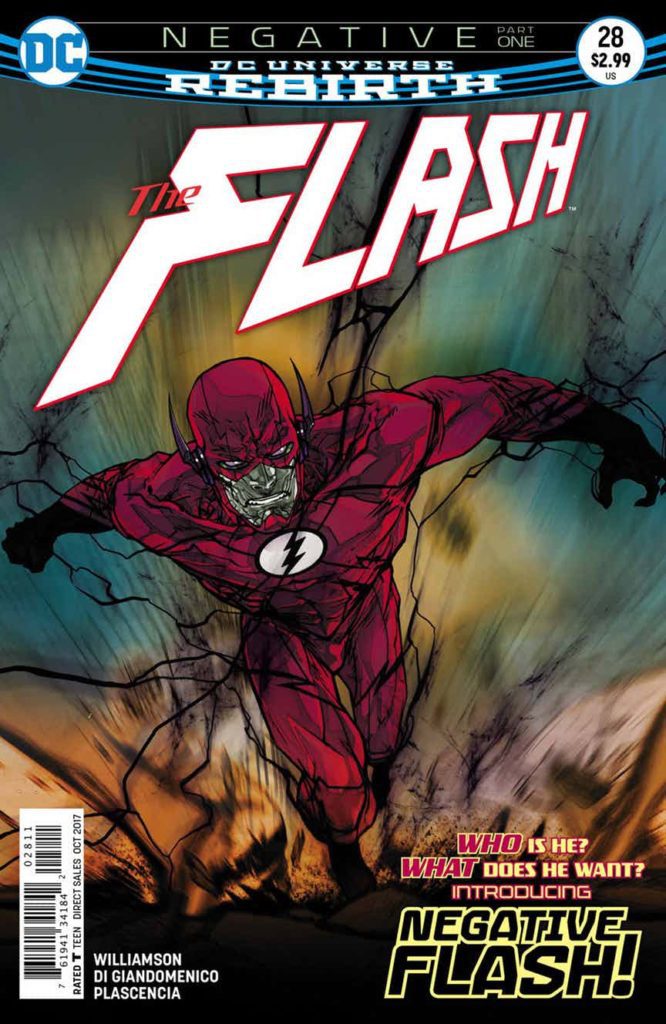 Barry Allen is the Fastest Man Alive and that is starting to be a big problem for everyone involved, including Barry himself. As he continues to deal with the consequences of his time in the Negative Speed Force, Barry finds himself with powers he can barely control and whose effects are causing destruction throughout the city as he tries to help. A crew called the Road Reapers are taking out armored cars on super speed fueled motorcycles and the Flash is on their tail. The Negative Speed Force aura now fueling him continues to wreak havoc on the city as Barry can barely pull himself back from the brink.

As Barry heads back to work, he laments the fact that his life is in personal shambles and that it is his own fault. He tries to throw himself back into work, but 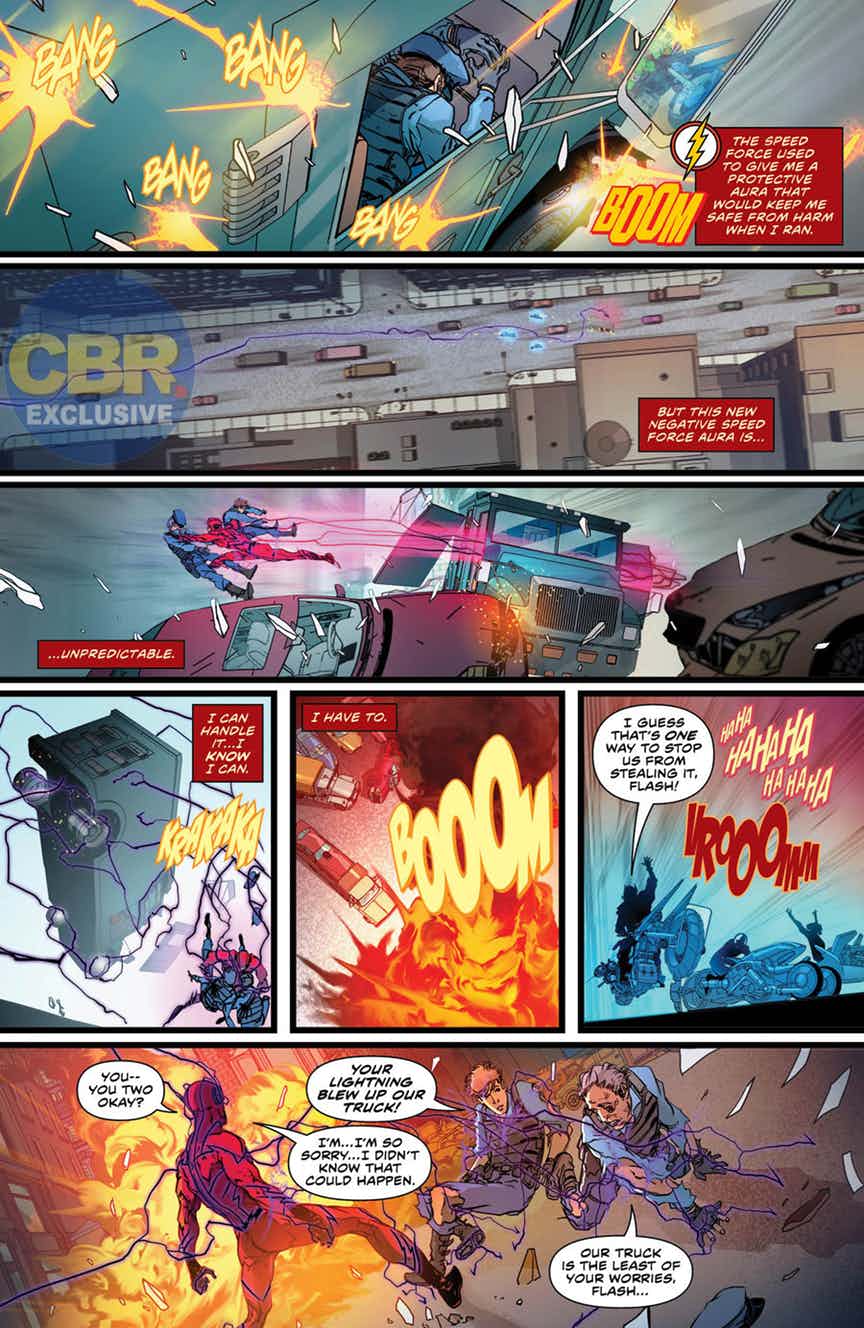 that proves just as difficult. As he ponders whether or not to contact Iris, Singh gives him an assignment to investigate the removal of evidence from the crime lab. A mystery that I hope bears interesting fruit. As Flash finds himself chasing after the Road Reapers again, he discovers that they aren’t on their way to commit a crime. They’re running from something even worse and he’s got a message for the Flash.

The issue is enjoyable in how it deals with the consequences of the last arc. I like what Williamson kept back from this issue. He could have easily given Barry and Iris a confrontation or spent panels lamenting Thawne, but he didn’t I enjoyed the fact that Iris was mentioned, but not shown. There’s an honesty to it. The art work continues to shine as there are moments that are beautifully fluid in the panels and the angles work really well when conveying speed.