We’ve got another comic villain coming to play folks,  and he is absolutely magical! Our team faces off against Abra Kadabra, a murderous fiend from the 64th Century. He uses nanotechnology, and has a penchant for magic tricks leading those from our century to believe he’s actually performing real sorcery. A villain who has the potential to do anything he wills, uses a power set that is a little foreign for Team Flash,  combined with his style of taunting,  (tempting our heroes with information),  is a phenomenal fresh face for the show. The way David Dastmalchian portrayed him was perfect. The only wish I had was that they allowed a character like this to shine a little more over a multiple episode arc,  as opposed to making him just the thug of the week. 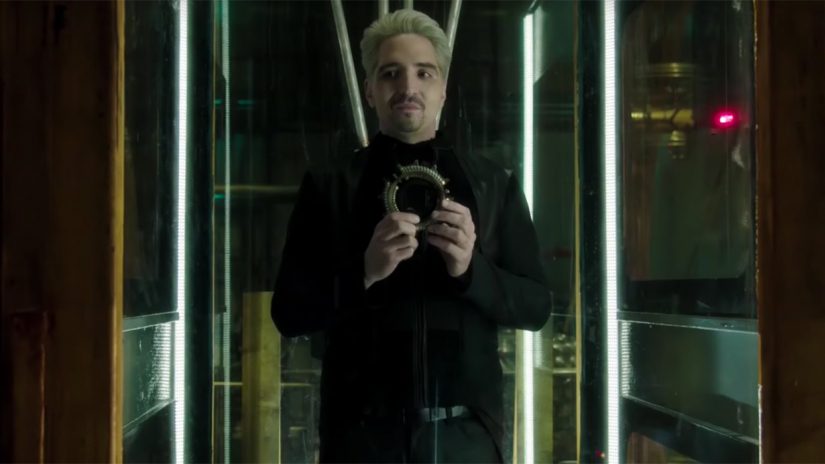 Our trick wielding friend hails from the future stealing tech and jumps from  multiple earths (drawing Gypsy on his tail for his crimes on Earth-19).  But, he is also  quite knowledgeable, both of Barry Allen’s identify, and apparently the identify and even weakness of Savitar. Now whether or not this reigns true, or if he’s tugging at heart strings to try and manipulate the team, we’ll never know. During this episode, we find out very little about Kadabra. We never learn his backstory, how he found the tech and what are his interactions with the future Flash and Savitar. We don’t have the chance to discover why he is killing aimlessly, what threw him back in time from the 64th century, and what are his plans when he was trying to get back? These unanswered questions are exactly why we needed another episode or two with our nano-magic wielding friend so we could get some flashbacks, or a few more visits from the exposition fairy to give us a little more insight. My complaints about his short lived tenure aside, his performance was great,  and it was nice to have a different flavor on the show this week. 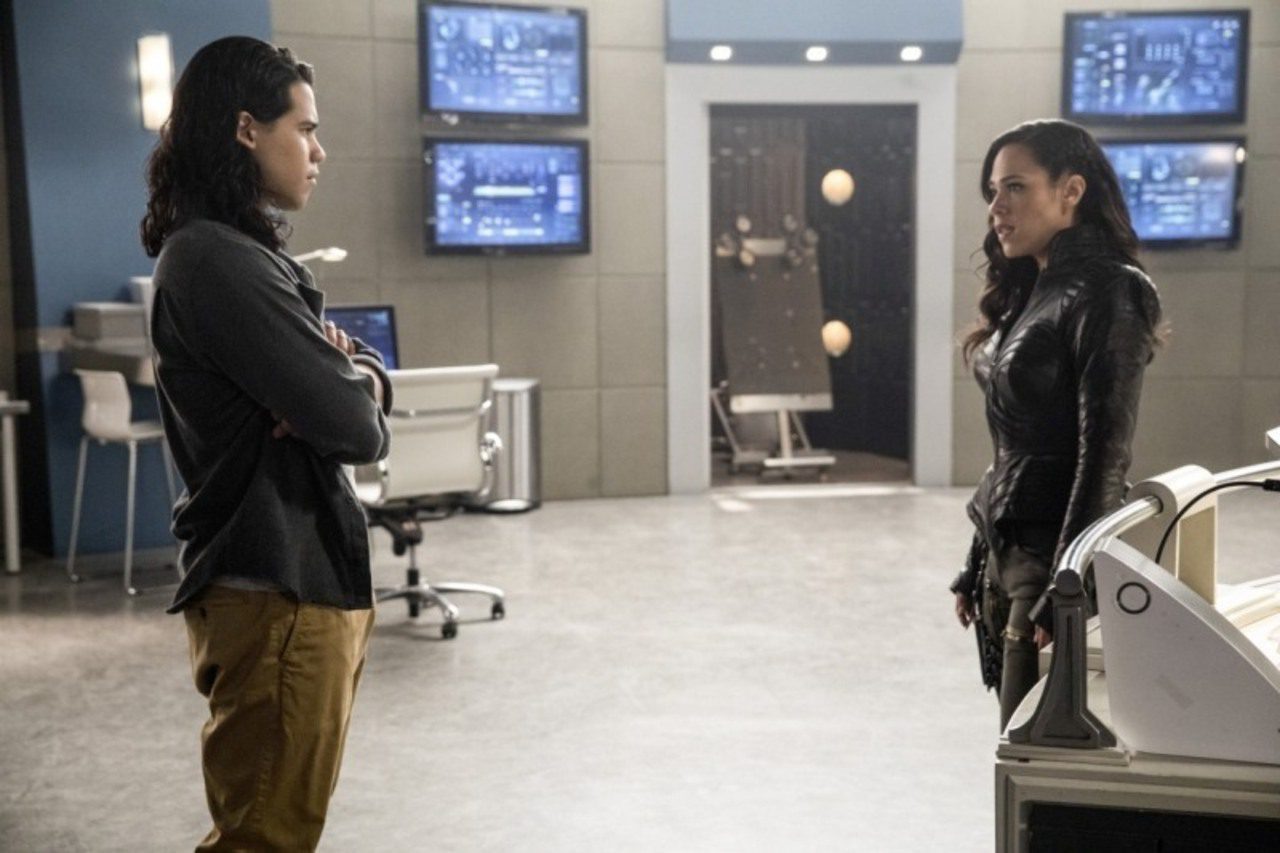 The tension caused by Gypsy’s desire to bring Kadabra to justice on Earth-19 for the murder of her partner amongst others vs. Team Flash’s goal of getting information about Savitar, causes a rift between Cisco and Gypsy.  Iris convinces Barry to not allow Abra to go free to commit more crimes just because he could possibly give them information that would save her. However, Joe gives in to Abra’s temptation and lets him out of the cell. As a result, Kadabra causes an explosion allowing his escape, shrapnel flies about the lab, and some becomes  imbedded into Caitlin’s stomach. Unable to go to the hospital for fear she’ll be identified as a Meta, and refusing to take her necklace off allowing her cryo powers to heal her wounds;  Caitlin instead opts to guide Julian through performing surgery on her, aka Caitlin Snow is a boss! After the surgery success, the Speedsters and the Vibers take down Kadabra, including an amazing camera pan around shot during the chase sequence between the Flash and Abra’s time machine. CGI aside, the angles used and the visual eye for that scene was absolutely gorgeous.

As Gypsy prepares to take Abra Kadabra back to Earth-19, Barry pleads for the humanity remaining within him for help. Instead, he learns that Kadabra is envious that Savitar got to hurt Barry the way he does, and views this as living vicariously through Savitar. Abra Kadabra feels like he is contributing to hurting Barry in such an unspeakable way. In the midst of informing Barry that the two are foes in the future; Kadabra names off other villains of the Scarlet Speedster such as Thawne, Zoom, Savitar, and DeVoe. The latter referring to Cliff DeVoe aka The Thinker, and incredible big bad who utilizes technology derived from telepathy and telekinesis, also rumored to be the Season 4 villain. This would provide an amazing different direction for the show giving Barry a Non-Speedster to battle against as a principal villain. Later in the episode, Barry unveils his new plan to Joe and Iris. He intends to travel into the future to find information he can use to defeat Savitar and save Iris. The preview for April 25ths looks great. We will finally get a glimpse of an updated suit for Barry, FINALLY, I’m sure Grant is thrilled as he’s been talking about an upgrade needed for awhile. 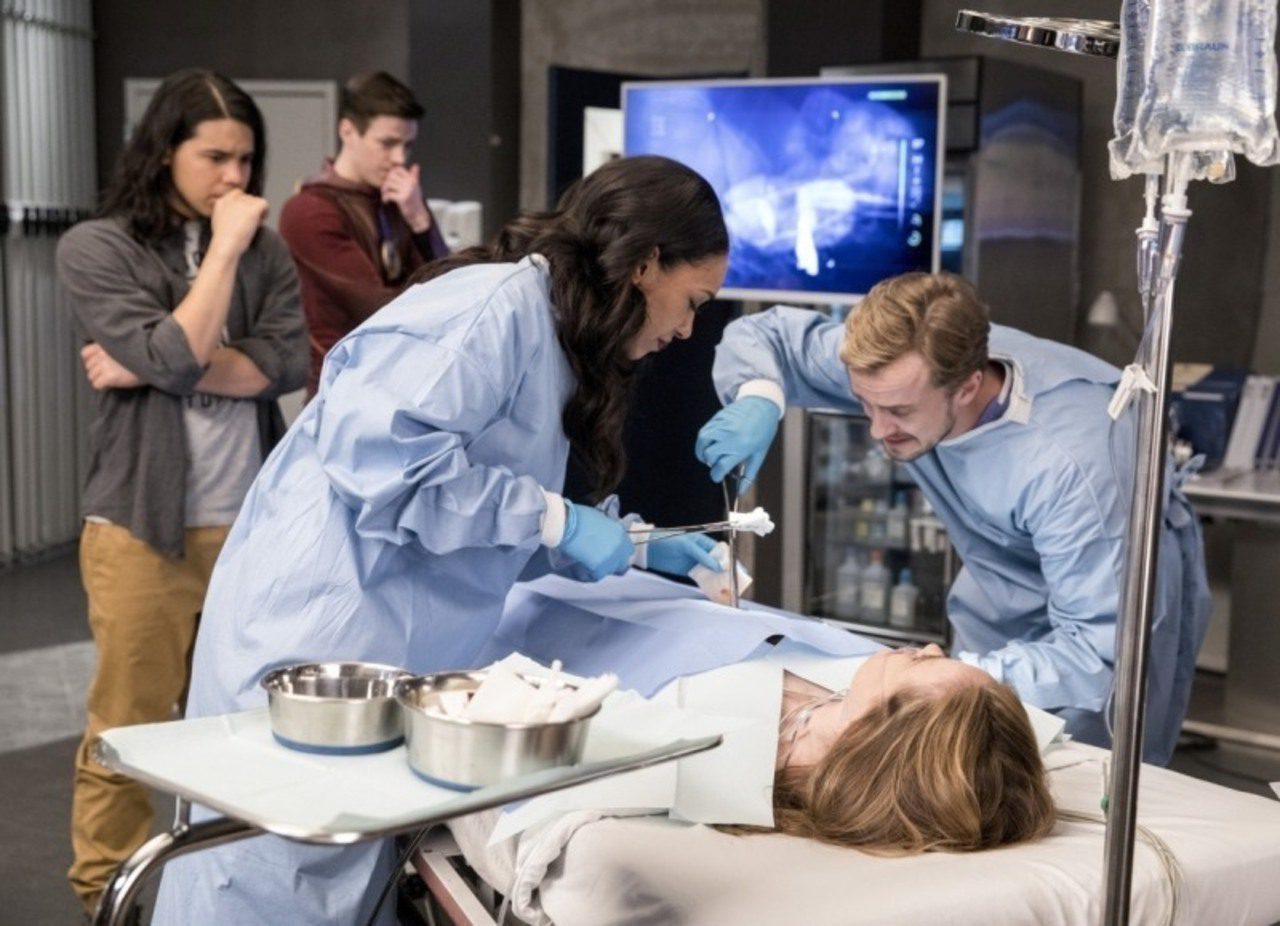 Back in Star Labs,  Caitlin and Caitlin are talking about his heartbreak over Gypsy before being interrupted by HR. Somehow, Tom Cavanagh can come into an episode literally on screen for 145 seconds, and he steals the show. Someone give this man an award, all the awards! Shortly after Caitlin goes into cardiac arrest, despite the best efforts of Julian, Cisco, and HR her vitals flatline. In an emotional outburst, Julian rips the Meta negating necklace from Caitlin’s neck, soon her vitals reappear, quickly followed by her wound freezing healed. A massive cold burst explosion knocks the guys back, revealing that Killer Frost has reappeared in all her glory, appearing to fast track towards another one of those future headlines. 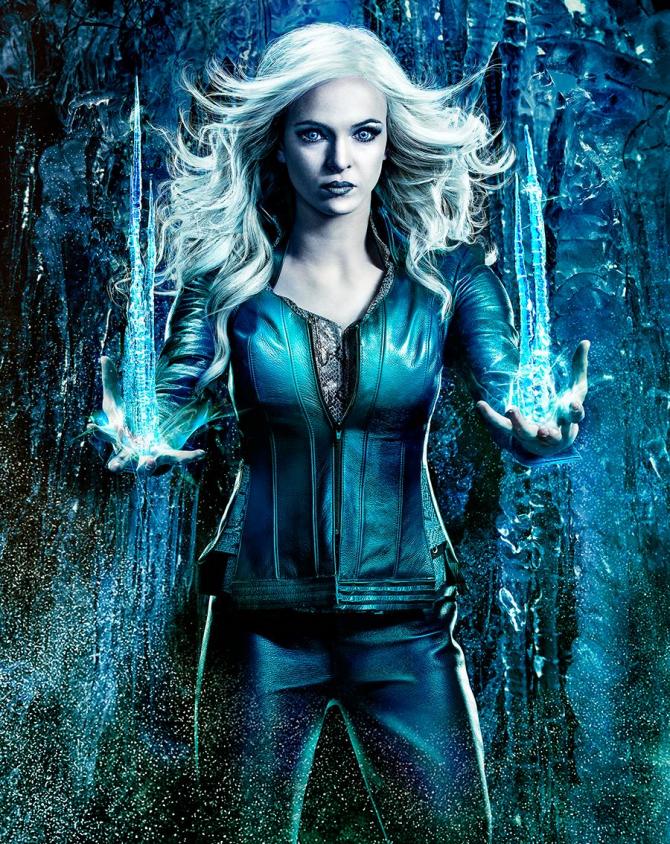 Overall,  “Abra Kadabra” was a good episode for Team Flash.  I felt the second act dragged with little occurring, the tension between Gypsy and Cisco felt flat, and my biggest concern was the short usage of a great villain like Abra Kadabra. I think stretching him through another episode or two, allowing for more development, backstory, and more mind games would’ve benefited on multiple levels. However, despite the condensed arc, the villain was great. The episode was good, and I’m very excited for the trip into the future next episode. We may have to wait a month, but our trip to a possibly dark future timeline is bound to be great.  I will be your guide and cannot wait. Until then #keepitnerdy