The Flash 3×19 ‘The Once and Future Flash’ Review

Season 3 Episode 19 ‘The Once and Future Flash’

After a month of waiting and anticipation, the fastest man alive returns and this episode packs a Supersonic Punch!

With Flash alum, the astoundingly brilliant, Tom Cavanagh manning the director’s chair, guiding his Team Flash partners through a beautifully performed and expertly crafted episode, there is no doubt in any fans mind that the returning episode was going to be nothing short of exceptional. Caitlin Snow, fully consumed by her Killer Frost persona after Julian removed her meta-dampening necklace. Allowing her cryo-abilities to heal her wound, wreaks havoc on Cisco, Julian, and HR, Barry determines when in the future there is no longer any mention of Savitar.

With the assumption that if Savitar was imprisoned in the Speed Force that Barry must’ve discovered his identity, the Flash decides that he is going to travel 8 years into the future, hoping to use that knowledge to save Iris in the present. As Killer Frost escapes the Flash’s rescue of their teammates, Barry decides to take the journey. Driven by the desire to find out who Savitar is plus rescue Iris, and satisfied with the knowledge that after his travel is finished he can return to exactly the moment in time he left, he has little concern about Killer Frost being loose in Central City. 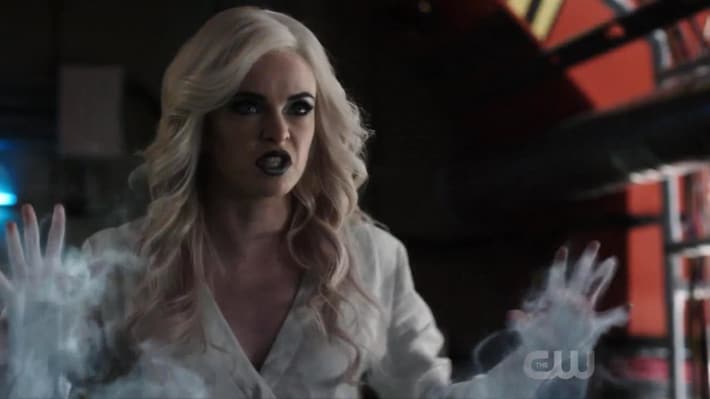 Its often easy to watch a show and say ‘the cast is just incredible’ or ‘the writing is absolutely superb’, usually discarding the notion of how much impact the director truly has on the entirety of the finished product. Its not until you watch an episode, where a director with an incredibly talented eye, and a innate understanding of the soul of the work, guides the episode that could’ve been ‘pretty good’ into something that is absolutely exceptional. That is what Tom Cavanagh has done here with his Flash peers this week. Everything feels intentional, you can perceive the purpose behind every cut, every angle, the very essence of the characters is embodied in the mood of the set.

Cavanagh, is arguably, in my opinion, the most dynamic, and in my eye, the most underrated actor in the industry today. The approach he takes to acting, his ability to shift between personas and truly change the person you see on screen, and his innate skill to cause the audience to become engrossed in the moment. All of that incredible talent is expanded exponentially across every molecule of the episode when Cavanagh steps into the director chair. His skill as a director is akin to the author of the greatest novel you’ve ever read, that one book that truly draws you into the world and you live the moments with the characters, his vision for the script and understanding of his cast’s immense talent crafts something that is truly art. 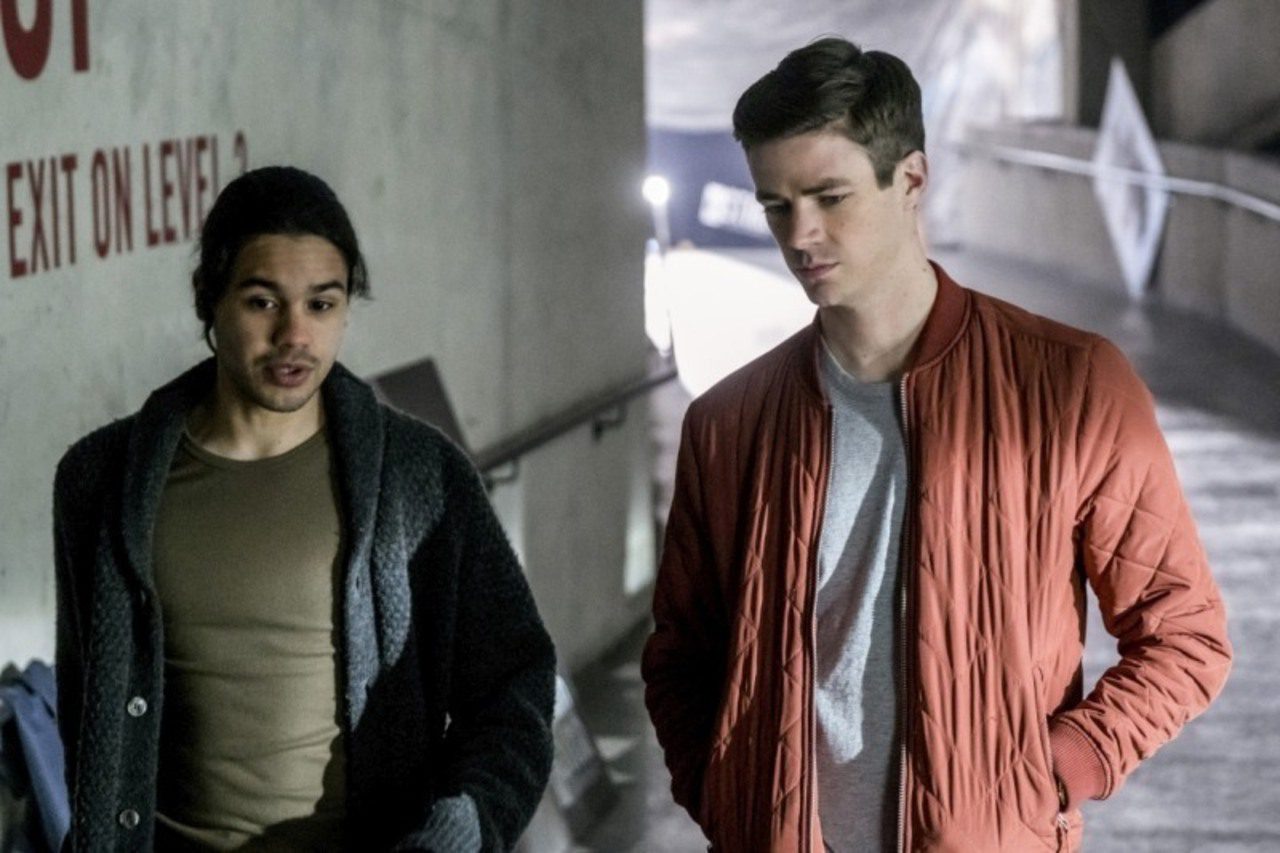 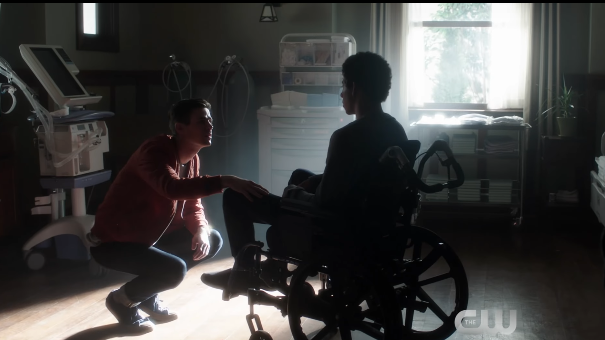 The world created for the future is positively brilliant, the desolate dilapidated almost dystopian aura surrounding STAR Labs is contrasted by the bright flashes, the glimmers of hope, that begin to emerge toward the episode’s apex. We’re presented with a glimpse of a world consumed by tragedy, the villains run free, our heroes are beaten, defeated, scattered, disillusioned with what they used to stand for, all stemming from the future’s version of Barry Allen, or as I like to call him, Emo Flash.

Emotionally broken at the loss of Iris, EmoFlash pushed away his team. Disbanding Team Flash he abandoned Cisco, turned his back on Julian, no longer guiding Wally, and shutting out Joe. Not comforting him after the loss of his daughter, not even visiting Iris’ grave, directly breaking the promise Barry made to Iris to be there for her father after Savitar wins. As present day Barry learns of the actions his future self takes, leading to the pain and suffering everyone endures, he becomes enraged at himself, which is very fascinating to re-watch, thinking about it psychoanalytically. 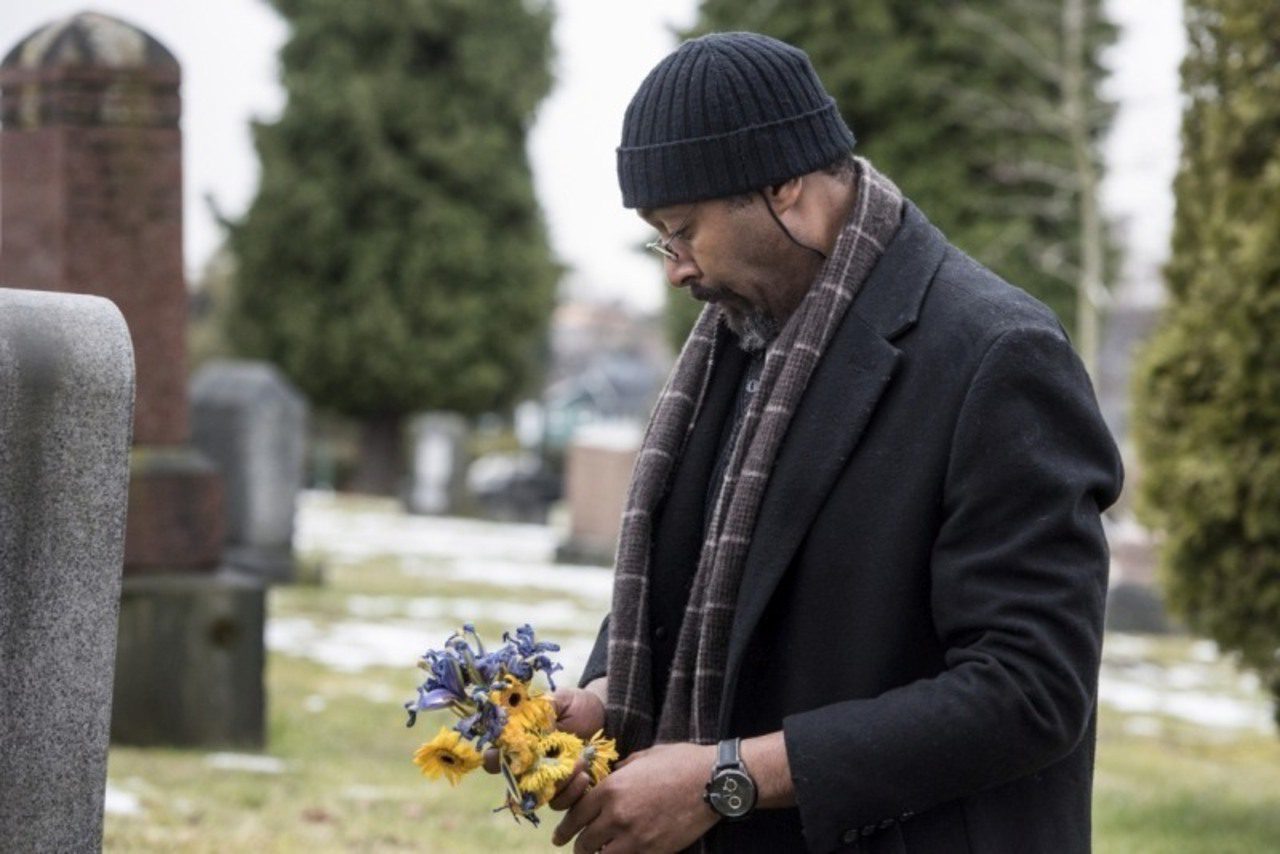 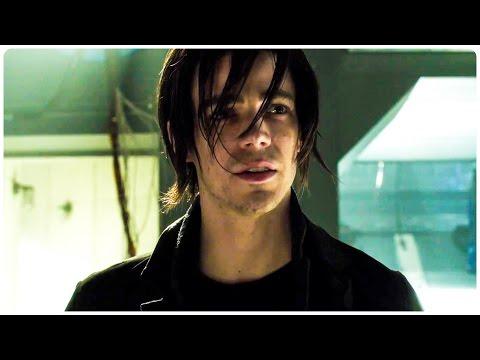 After deciding he couldn’t allow the future to stick in the state it is in, Present Barry and Cisco decide to bring Team Flash back together, via a smart and hilarious montage of Barry speed snagging people out of their environments, much to the frustration of HR who had become a Superhero Romance Novelist and was in the midst of ‘checking off the most important box a man can achieve’ being the object of interest of two ladies during one of his book readings. After a rousing motivational speech by Present Barry, Team Flash reunites, working to take down Top and Mirror Master, running rampant robbing banks with their heightened powers. After Cisco finishes modifying the device he used to prevent Present Barry from returning to his time. Team Flash is able to dampen the powers of Mirror Master and Top. Emo-Flash emerges from his cave, moved by Present Barry’s speech and ready to help. As Emo-Flash joins Present Barry to battle the Meta-Baddies, we get a glimpse at FINALLY, a new costume for the Flash! 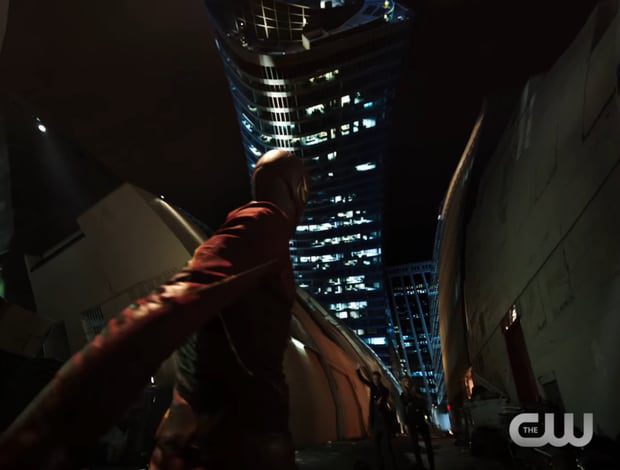 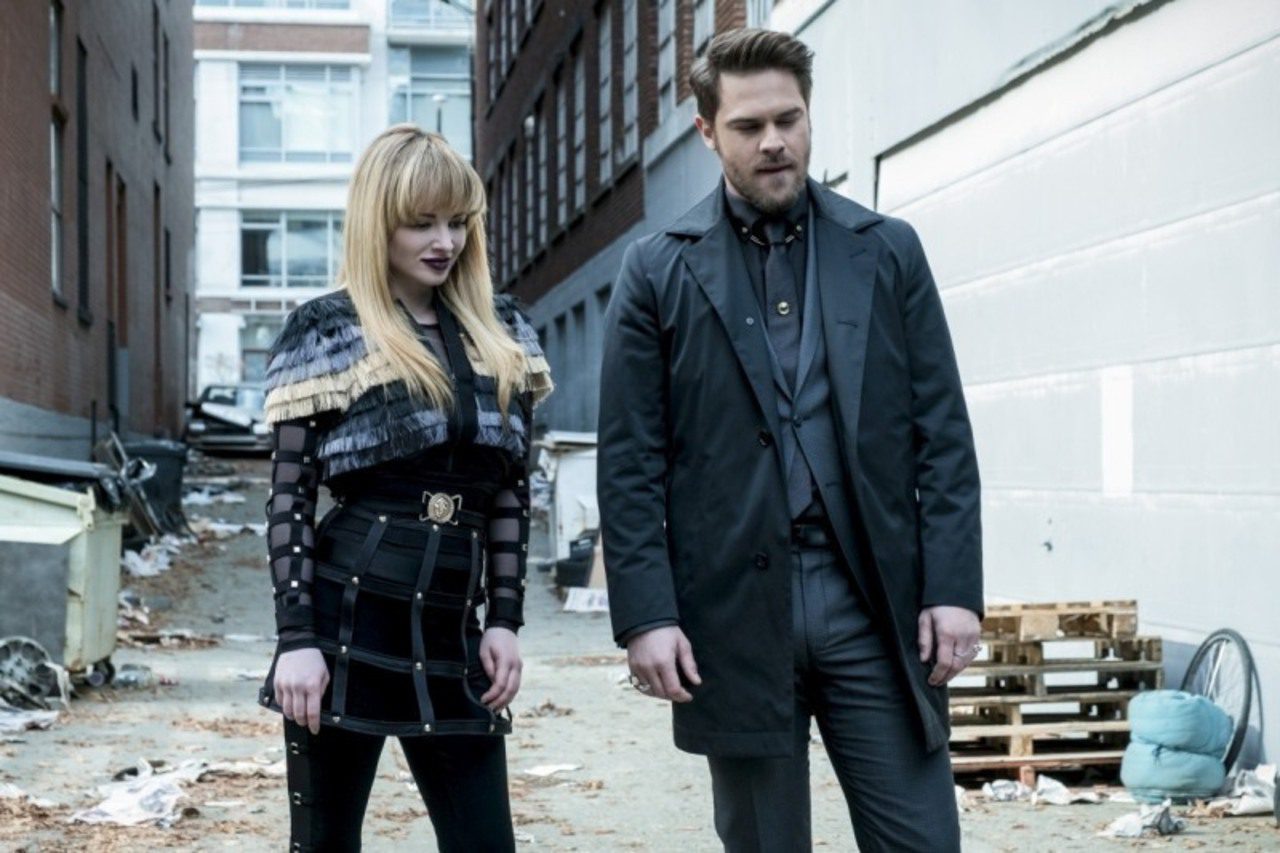 After Flash^2 beat Top and Mirror Master, Emo-Flash provides Present Barry with data a physicist used to build the Speed Force prison for Savitar, while in the current timeline it occurs four years after Iris’ murder, the hope is that finding the physicist in the present day may allow the prison to be built sooner. Returning to the present time, having rectified that version of the future, had several awesome bromance moments with Future RoboHand Cisco, obtaining data that might lead to a possible solution, but still not knowing Savitar’s identity, the next mission is to find Killer Frost before she aligns herself with Savitar and is lost to Team Flash forever. In the outskirts of Central City, Killer Frost comes across Savitar, who proposes to her the gift of not curing her meta abilities and returning her to Caitlin Snow, but eliminating Caitlin all together, making her fully Killer Frost. In a show of good faith, Savitar emerges from his Megatron looking Iron Man suit, and shows his face to Killer Frost, the mere unveiling being enough to convince Killer Frost to be loyal to Savitar.

So the question burning on everyone’s mind is, who is Savitar? Previews for the next episode tease that Barry has uncovered his identity, but knowing the show, that reveal will probably be dragged out until the finale. The leading contestant on the inter-web is that Savitar is Ronnie Raymond aka Firestorm/Deathstorm/Savitar? as Ronnie is the most prominent candidate for someone whose mere appearance would sway Killer Frost to loyalty. Future Frost told Present Barry that he was going to be so surprised when he finds out, which makes me wonder if they’re not going to use Ronnie and go for someone with a more shock value reveal. Eddie Thawne? Julian? Cisco? Harrison Wells (one of them)? Eobard Thawne? Jay Garrick? Hunter Zoloman? Barry himself? The possibilities are wide ranged, we know its a male, someone who knows Team Flash, their strengths, their weaknesses and has reason to want to destroy them. Who is your top pick? We’ll find out soon as the adventures of Team Flash continues next week, until then #keepitnerdy