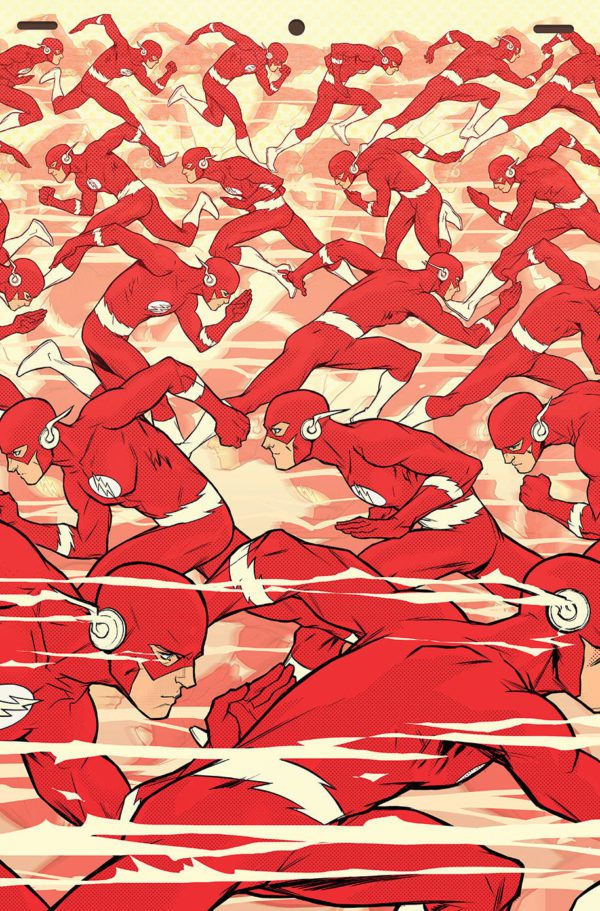 Barry Allen’s Force Quest begins in this new issue. Barry and Iris are traveling through the city of Badhnisia in search of information about the new forces that have been emerging. After taking down a purse-snatcher and fixing a runaway streetcar, Barry and Iris find themselves at a historic church and face to face with the pair of metahuman thieves who have ransacked it. Flash goes after the thieves and his first confrontation with them does not end well.

Trying to get over a devastating event in the city that he helped cause, Barry is pulled by the speed force to another location across the globe and this one is familiar to the scarlet speedster. Unfortunately, what he finds there tells Barry that he is not the only one tracking down information about the new forces.

Williamson is taking a new and different approach to Barry and his role as the Flash and I appreciate it. He has taken Barry from his comfort zone and put him on a mission that will challenge him in ways that he needs to be from outside another villain with the same powers that he has. It’s also going to be interesting to see how the relationship between Barry and Iris evolves throughout this quest and what Iris will discover along the way. Williamson ends the issue on a dramatic and well-done cliffhanger and that last page definitely makes the reader interested in what will happen next.

Sandoval’s art is amazing in this issue. Everything from Barry navigating through streets filled with people to the confrontation Barry has with Gemini is drawn beautifully and the panels are filled with movement as you read them.