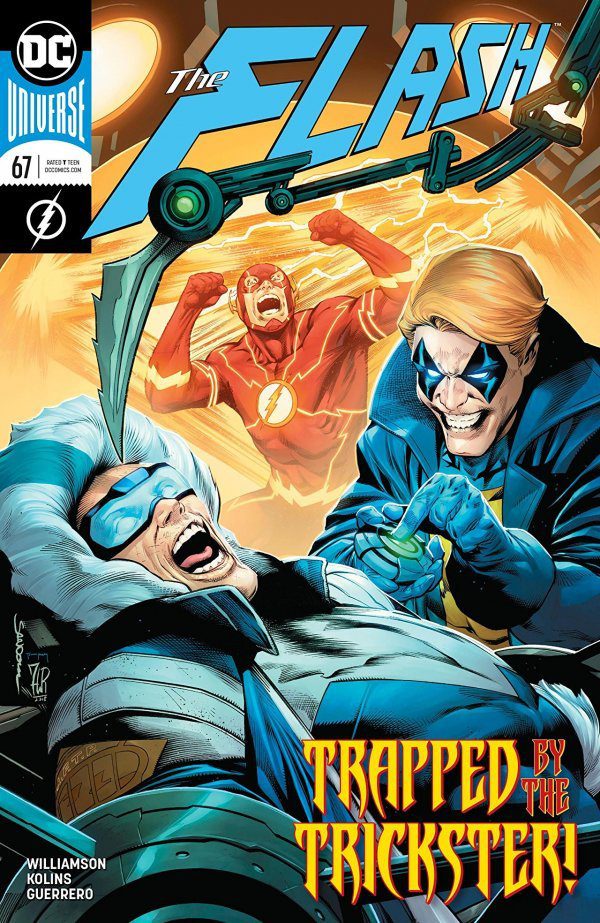 The Trickster has begun his master plan and Flash might not be fast enough to stop it.

Barry is lamenting the fact that his life is falling apart and he can’t seem to focus because he doesn’t have a case to hold his interest. After busting a cult getting ready to sacrifice children, he returns to Central City and finds that things in the city are different.

He drops the cult leader off at Iron Heights and realizes that there is something wrong with the Warden and his staff. They all seem really happy. The same thing can be said about his colleagues at the crime lab and the precinct. Crime is non-existent, there are no cases pending and everyone seems really happy, especially the people closest to him.

Already suspicious, Barry races off to find Commander Cold and see what his investigation uncovered about the mastermind operating in the city. Unable to find anything but pieces to Cold’s future tech all over the city, he rushes back to the precinct to confront Detective Burns. When he finds that she is in the same happy state as everyone else, he presses her for information about Cold. When she snaps and gives him a warning about being happy, Barry realizes that something sinister is happening.

At the same time, Trickster has Cold and wants answers about the future.

Joshua Williamson is starting a new story arc for Barry and this one will put Trickster front and center and I was impressed with what he’s managed to pull off so far with Flash away. What this means for the rest of his plan is anyone’s guess and that makes this issue more interesting. I want to know what the implications of Trickster’s plans really are and what he has cooking next. Williamson manages to add mystery to this story and keep the reader guessing. The only issue I had was the return of sad Barry.

Scott Kolins’ art is really good. It does a great job of conveying energy and movement.