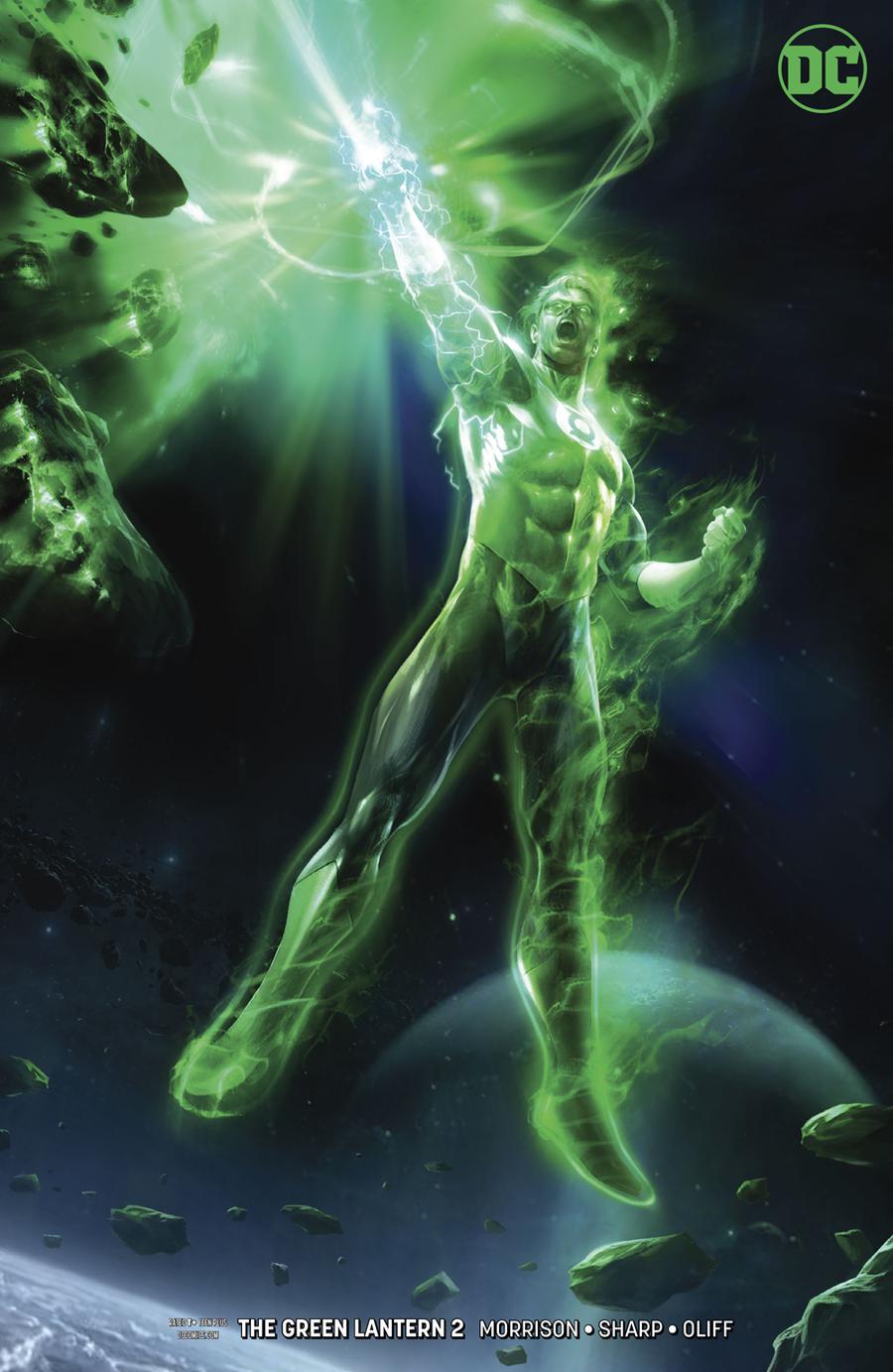 The new threat is gaining power as we see them succeed in every part of their plan. They have singled out some of the best Lanterns and have bested them. We are still unsure who is in charge but whoever it is, means serious business. Hal Jordan is back with the Corps and helping the investigation as it keeps spiraling out of control for them. Hal finds out how powerful this new threat really is.

Morrison has been able to keep the story flow simple and to the point. I have read a lot of his work and sometimes it is straightforward or you need to read it five times to understand it. So far, this is the straightforward kind and it plays to his strengths. He knows the history of characters and uses that to build a massive world to play in. His take on Hal Jordan has been unique as he shows him at his peak when he has the Lantern ring on.

The art is able to match the pace that Morrison has set. Sharp style works great with how the story has developed. The inclusion of so many characters haven’t hurt or damaged the quality in each panel. His ability to adapt to different settings helps to highlight the grandness of the universe its not just the 2814 sector, but the whole collective.

Having two highly regarded creators on a book can backfire on you, but so far Morrison and Sharp have a great relationship and its showcased in this issue and series so far. It’s exciting to see how far each other can push Hal Jordan and the Lantern Corps in both art and writing. My one big concern is that Morrison doesn’t go too experimental with the story. But with his recent work that doesn’t seem like too much of a concern.