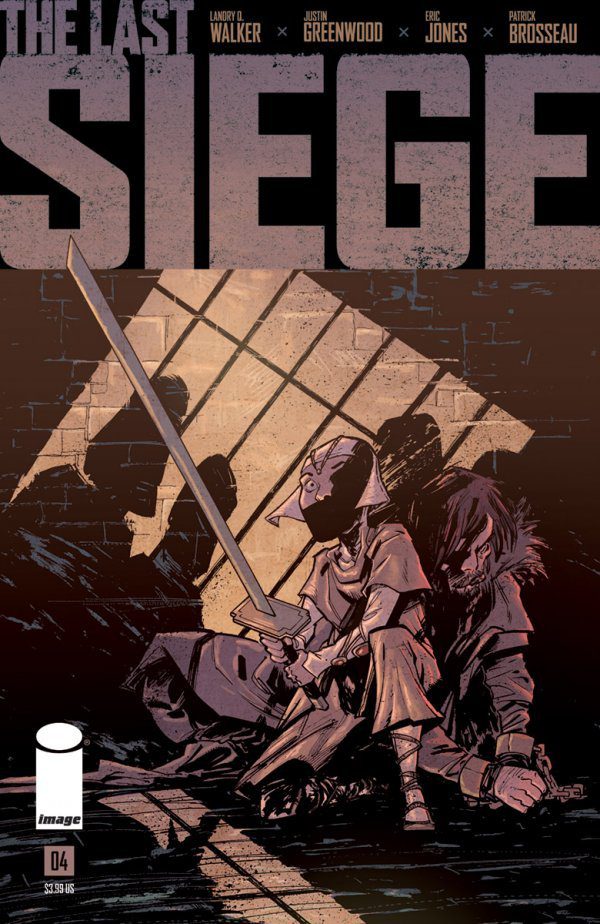 I walked into this series cold. I didn’t know anything about it. Thankfully the folks that put this comic together included a short summary of the series so far and it gave me a decent foothold on what to expect. There was a glaring omission in the summary though; nobody told me that this comic was going to be this damn interesting.

The Last Siege plays out like a fantasy-free version of an episode of Game of Thrones. The mid-evil drama is ratcheted up to eleven as political and human drama unfolds across every page. Even stepping into this series in mid-stride was not that big of an obstacle, just sit back and enjoy the chases, fight scenes, and betrayal.

This issue is focused on the fate of an eleven-year-old princess who is being held captive by the evil lord Feist. Feist has big political plans as he has sworn fealty to the invading kingdom in exchange for control of the local province. The evil lord has taken the castle, imprisoned the princess, and thrown her would-be savior in the dungeon. Now all Feist needs to do is marry the girl to make his ascension legally binding as he awaits the arrival of the invading foreign forces to cement his power.

Have you seen this:
Batman: Urban Legends #7 (REVIEW)

There is a problem though. The princess escapes; as does her rescuer in the dungeon and the chase is on. By the end of the issue, not everyone is left alive.

This little book from Walker and Greenwood is better than it has any right to be. I wasn’t really expecting much when I saw the cover. It looked like another sword and sandals throw away adventure, but once I got a few pages in I knew that this comic was different.

Walker sets us up on a breakneck pace of action. There is hardly a moment from page one where you feel that this book drags; it’s a very quick read, not because of lack of content, but because you have to read it quickly to maintain the excitement that is being conveyed on the page.

Greenwood does an excellent job of making the visuals move in a fluid, lightning fast pace that matches the story to a tee. This is my first exposure to Greenwood’s work and I really like what I see. There is a roughness to his work that I find fascinating and visually stimulating. There are shades of Rafael Albuquerque and Chris Mooneyham throughout the art.

Have you seen this:
Redfork (REVIEW)

The ending fit the issue perfectly and set the stage for the next installment as the invading army is at the doorstep of the castle. High drama meets high intrigue. This one is a great buy.