As summer winds down, we are accosted with yet the beginning to another school year. That’s right, time to raise the anchor, open the sails, and float towards the sunset to the closing of another warm season. With the colors of Autumn swiftly approaching, the tumultuous storms from Winter are soon to follow.

I for one, am not yet ready to close my own personal and private beach. As I sat alone studying the end to my fishing pole, my consort suddenly materialized 2 pre-ordered tickets to The Meg in 3D and after some coercing, pulled me from my shanty. As we made our way towards the theatre, the two of us discussed how The Meg would hopefully bring some relevance to an entire summer sacrificed to work. Being a work first, play later type of guy, the movie did bring some closure to my under-utilized summer.

I admit I rolled my eyes once I saw Jason Statham was the main character in The Meg. I feared Statham’s tough guy one-liners and British accent would just be another feeble attempt to capture the mainstream audience with more copy and paste instances from past movies. In retrospect, Jason Statham couldn’t have done a better job and really helped guide The Meg into, (in my opinion) the first successful shark movie since Jaws. 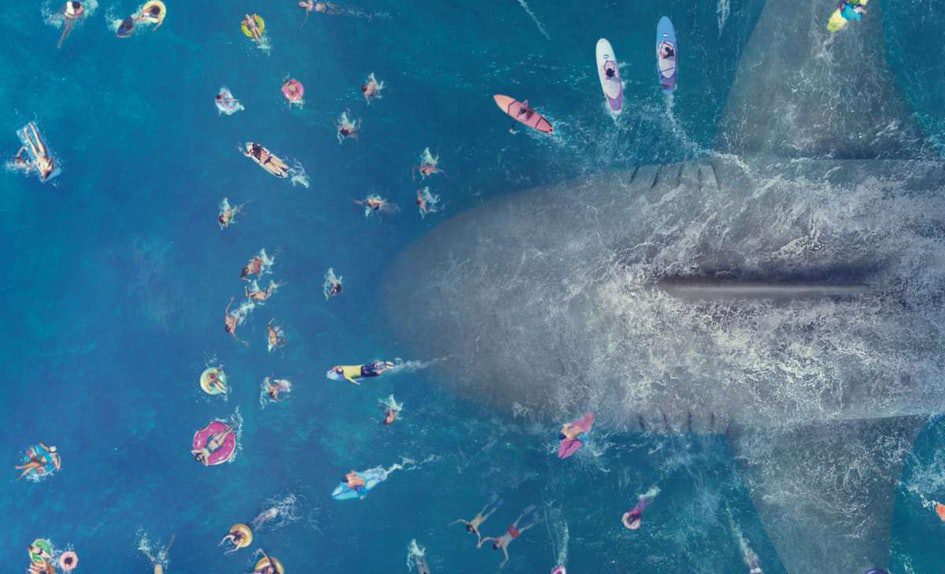 The Meg did what Deep Blue Sea, Open Water, and 47 Meter’s Down could only have dreamed to accomplish. It rose from the depths of its predecessor’s, realized the value in ignoring the script to Jaw’s, and presented us with an original shark movie with a prehistoric animal from our earth’s past. The Megalodon shark was not only bigger and more realistic than the Great White in Jaws, it was also absolutely believable.

I can’t help but quietly laugh to myself. Despite my desires to finally watch a new shark movie without comparing it to Jaws, I did just that! I do however take comfort in knowing The Meg didn’t shy away from being compared to Jaws and boldly told their own story leaving Steven Spielberg’s masterpiece as a thing of the past. From my perspective, it is about time someone thought of it! No shark movie has come close to capturing the essence of fear the movie Jaw’s accomplished in the hearts and minds of so many generations. However, The Meg was just as scary, and it captured a breath-taking view from within the ocean and the special effects were astounding! The Meg walked right through my bias for Jaws and opened my eyes to a new threat to our oceans waters.