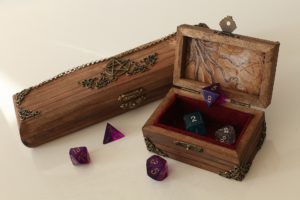 My love for tabletop role-playing games (RPGs) did not take the conventional path. As the only child of a single mother, my resources were limited. We were able to afford cards, which I would deal out to each imaginary player and makeup games to get them to interact. I had no idea that there were games where the “winner” was simply the people that actually played the game as cooperation and camaraderie were the goals.

Moving around to each player’s hand and making their choices based on what was best for them at the time was really the only thing I knew how to do. There was always a winner. There were always many losers.

I have a highly competitive streak, which would not allow me to play many games happily. Yet, I was compelled to continue through softball, track, etc. Losing would create strife and simply wasn’t any fun for anyone playing. So, I quit. I refused to play anything by the time I was in my first attempt at college. The feeling of disdain for the idea that there always had to be “losers” was intense.

Before long, I met a man. He had his Dungeons and Dragons (D&D) books squirreled away on the shelf on the off chance that someone would eventually want to play. I had spent my entire life distancing myself from my natural propensity for being a nerd and eventually fell in love with one. We joked about his “dork books” and how I would never understand that world. Time passed as we had kids and lived our lives under the pretense that I simply wasn’t interested.

Then, it came. The question to beat all questions. 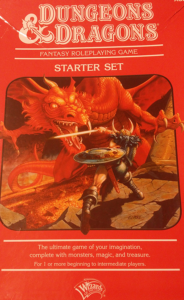 My heart dropped. The cost of materials and fear of competitive based rudeness was immense. But of course, I said yes. A hard-core Whovian and embracing my natural geek, I no longer felt a need to hide or avoid things based on what others may think. I was up for just about anything.

We chose D&D 4th edition as our introduction to the world of tabletop RPGs. Then, it happened. I rolled up my first character. From the very first dice roll, I was in love with more than just the man. I was in love with the idea that we could learn, love, leave, and lose together as a team.

We had very few friends in our tiny area and none interested in playing with us. So, just as I did as a child, I laid out my characters (4 to be exact) and played each one in turn. The only stress came from a concerned thought for each: “will they or won’t they?” survive the battle. Is there a trap under the stair. A gelatinous cube around the corner. A peace came over me as I finally understood that I could just roll up a new character with all new traits and his/her own story. It could be a chance for a new beginning and new adventures.

This feeling began to extend to other games. My competitive nature was evolving into a need for the joy of the challenge. 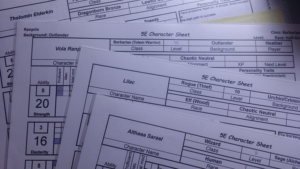 We would play several times a week, and as his birthday approached, I felt he needed a break from being the DM and came up with my own story. I was terrified as I don’t have the mind for numbers, memorization, and battle. What I do have a mind for is story. I found that the more story I told the more story that came. There is a back and forth between friends that characters build on what you have to create amazing things.

More from GWW
Game of the Year 2020 Editor Picks

When D&D 5th edition (5e) was released, we quickly snatched it up! While in the middle of rolling my first 5e character, I took my new book and PC to a restaurant, because why not? As we were seated, the host sat down “What you rolling up?” We were shocked and have been playing together ever since. 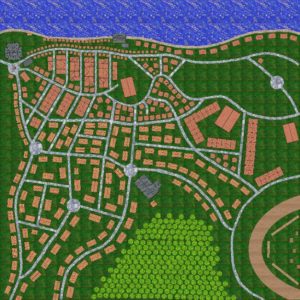 I now have 3 games that I DM, 2 games in which I’m a player, and a love for the game. I may be relatively new, but what I lack in experience, I gain in enthusiasm. You don’t always have to follow the beaten path to find your passion. Sometimes, it finds you. Just be ready when it does.

Here at the GWW, we have started Oh, Crit, which is a group of GWW contributors playing D&D 5e together once a month. I am by no means a professional. I simply have a fondness and need to bring joy. My hope is to also venture into other tabletop gaming. Games ranging from nostalgic to obscure will fill my home, and I will bring them to you! Stay tuned for free homebrew content and gaming advice. Most of all, get ready for a ton of fun!