Season 1 Episode 1 ‘What is America?’ Review

From the creative minds that brought you the innovative Blumhouse film series comes a 10 part television event highlighting another brand new vantage point of the NFFA’s pride and joy — The Purge.

Our story opens focusing on four parallel narratives: Miguel - a Purge hating marine who has returned home after receiving a troubling letter from his younger sister. Penelope - Miguel’s younger sister, whose trauma from the Purge has led her down a different path, aligning with an almost Doomsday Cult like group adorned in blue robes speaking of the Invisible. Jane - a hard-working exec who is working to close an international deal on Purge night, Jane seems off of her usual business focused self, perhaps she has other things on her mind. Rick and Jenna, a couple who are looking to receive investments from Albert Stanton, a high powered businessman with deep pockets, but a deeper obsession with his NFFA funding friends and his annual Purge Party - the setting that Rick and Jenna must attend, against their better judgment, in order to meet with Stanton.

The first episode spends the majority of its runtime taking place prior to the Commencement Sirens, this allows the audience to be introduced to the characters and become invested in their stories prior to the brutal insanity that the Purge brings. While it is a slower moving episode, there is enough intrigue from the well-written episode and engaging acting to keep audiences on the hook. My original concern when I heard there was going to be a Purge television event was two-fold — first and foremost being there was going to be a difficult time balancing actual story with the Purging, losing entire episodes to either dialogue or mayhem. This first episode, while 95% set up, does so with a smart slow-burn intensity, adding enough suspense, and peppering in just enough action to keep the violent scene seekers at bay until next week. My other concern was the rating system, moving to USA does limit what Blumhouse’s baby will be able to show in relation to its Cinematic older siblings. With some visible violence and allowance of subject relevant profanity, I have higher hopes than I did originally for how Purge-y the Purge TV Event will be allowed to be, but once we’re full-fledged into Commencement the real test will unfold.

The storylines given are quite interesting, Miguel and Penelope lost both their parents in what appears to have been the original Purge. Miguel focused his trauma into becoming a Marine, while Penelope has apparently battled addiction, having checked out of a rehab center prior to Miguel’s return, and joining a Cult following around the ‘Good Leader’ a young woman who has convinced her followers that their purpose in life is to use their pain to fuel them to ‘give’ on Purge night. The Giving refers to them driving around in a school bus, where the Good Leader will play duck, duck goose to receive her ‘divine message’ on who is chosen to ‘Give’ aka stand outside and be Purged upon. The sacrifice is alleged to allow the Giver to enter the Invisible, a ‘better’ version of Heaven where you have no pain and see your loved ones. Miguel learns of this along the way as he beats up former junkie friends of his sister and ultimately saves a young girl who directs him to the church the Giving bus departed from.

Have you seen this:
(SPOILER WARNING) DC League Of Super-Pets Plot Information 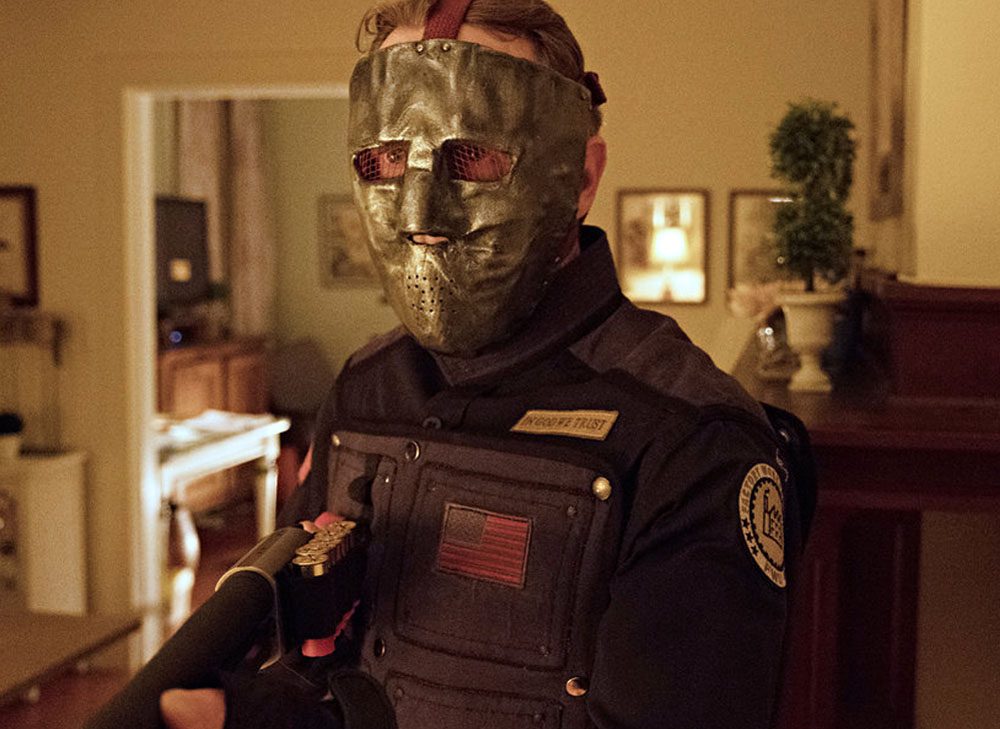 Jane appears to have been passed over for promotions by her boss, played suavely and creepily by Billy Baldwin. As she oversees the international deal and tries to quiet a feud between two employees who are up for a promotion, she seems distracted. Constantly checking her phone and snapping at people, it is at the end of the episode when the sirens blare, that we see she is delivering money to an enigmatic figure, apparently a Purger for Hire, allowing Jane to follow her progress on an app. Meanwhile, Rick and Jenna arrive at the Stanton residence, extremely apprehensive about making their pitch for the investment. Both because they are vehemently against everything Purge Night stands for, as well as the fact that they had previously had a threesome with Stanton’s daughter, who of course appears at the Stanton Party when they both thought she was out of the country.

With well-written characters with fascinating storylines, the build-up backstory episode is completely passable, albeit admittedly slow for something sharing the branding of the Purge. As the sirens signal the beginning of the Purge in the final few minutes, it leads to presume that the second episode is going to explore a significant amount of violence that makes the films series gorily fascinating. If you are a fan of the films, then I definitely recommend giving the Purge show a watch. It captures an excellent set up for a film, that would normally only occupy the first 15-20 minutes, across the first hour, but the ability to flesh out the characters more, promises to make the events to follow that much more engaging.