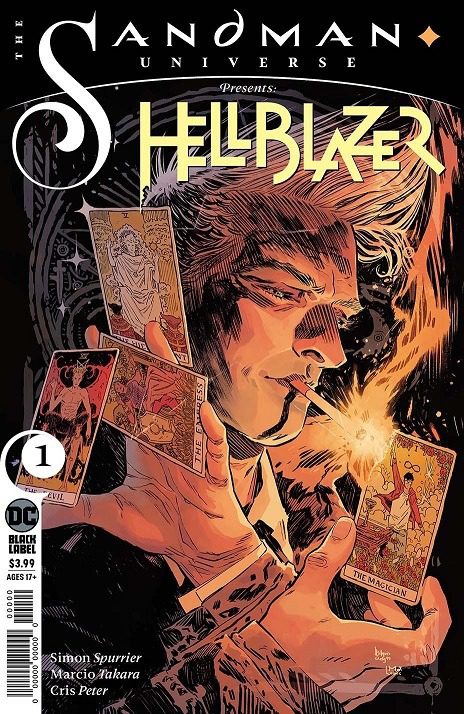 It’s the magical war to end all wars and as heroes fight against the supernatural demons hellbent on plunging the world into darkness, John Constantine is on the ground plotting.

With all hell breaking loose (literally), John sends an old friend off as s distraction knowing what fate will befall him. He doesn’t join the valiant heroes though, he slinks off to fight in the shadows. Unfortunately, an injury will take him out of the fight prematurely, causing a mystery man to appear and offer to help him for the cost of his soul.

John will discover that making this bargain will cost him more than he ever thought when he wakes up in a world he doesn’t remember and everything around him has changed, including the people he cared about. As he laments what to do next, he does decide to keep an eye on the person responsible.

Have you seen this:
X-Men: The Art and Making of the Animated Series (REVIEW)

Simon Spurrier crafts an engaging story for Constantine in this special. It effectively gives the character a pseudo blank slate, but also connects him to another aspect of the Sandman universe via another one of its characters. As a reader of that universe, I am intrigued with how these characters will come together in the future and what that will mean for Constantine going forward. This special does an excellent job of showcasing the tragedy of Constantine while reinforcing everything that readers enjoy about the character.

Marcio Takara provides some impressive, dark and beautiful visuals throughout this issue and many of the pages are a feast for the eyes.

DC comics Hellblazer
Are you an Insider?News, reviews, & updates are just the beginning.