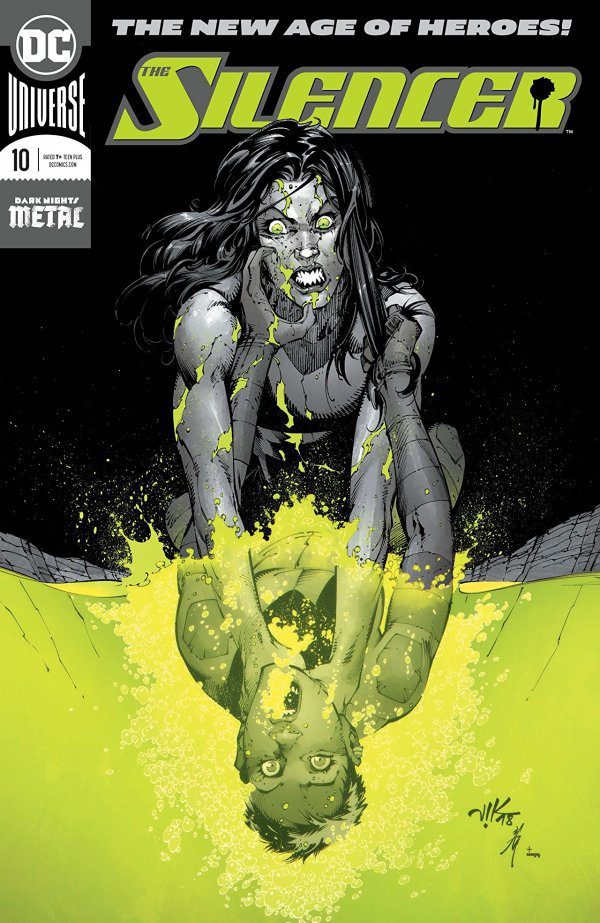 What a way to start an issue! Fake Superman holding a dead fake Supergirl — then a huge, demonic dragon-type creature devours them both. That’ll wake you up REAL QUICK.

Now, I was very, very happy to see Dan Abnett put the Silencer and Quietus back in their own bodies. Though I will say, Honor Guest did pretty well for herself this issue as Quietus. Patch Zircher showed off her skills with his killer artwork in the fight with Wishbone’s monster.

The battle between the Silencer (as Quietus) and the monster would translate to live action very well (assuming the CGI was done correctly). The tempo and the Silencer’s desperation really jumped off the page.

But the best part in the fight is the very end, when the Silencer and Quietus are swapped back into their own bodies and the monster instantly destroyed Quietus. Once you realize the switch had been made, it’s a legitimate laugh out loud moment. Apparently, that wasn’t enough to kill Quietus, though. Guess there are times where it pays to be more machine than man.

Speaking of survivors, as far as her family knows, Hope isn’t one of them. The hotel was destroyed in the rampage. I’m sure Abnett has a way where the Silencer gets out of this jam without telling her family why they really took a trip to the Action Land Resort. Though I don’t see how he’ll accomplish that.

Really, really liked the cover of Talia al Ghul, so I was a bit disappointed when she wasn’t in the issue. But The Silencer #10 was still pretty darn good. Hats off to Viktor Bogdanovic, Jonathan Glapion and FCO Plascencia for sculpting a cover that should draw the attention of any fan walking by a comic book rack.